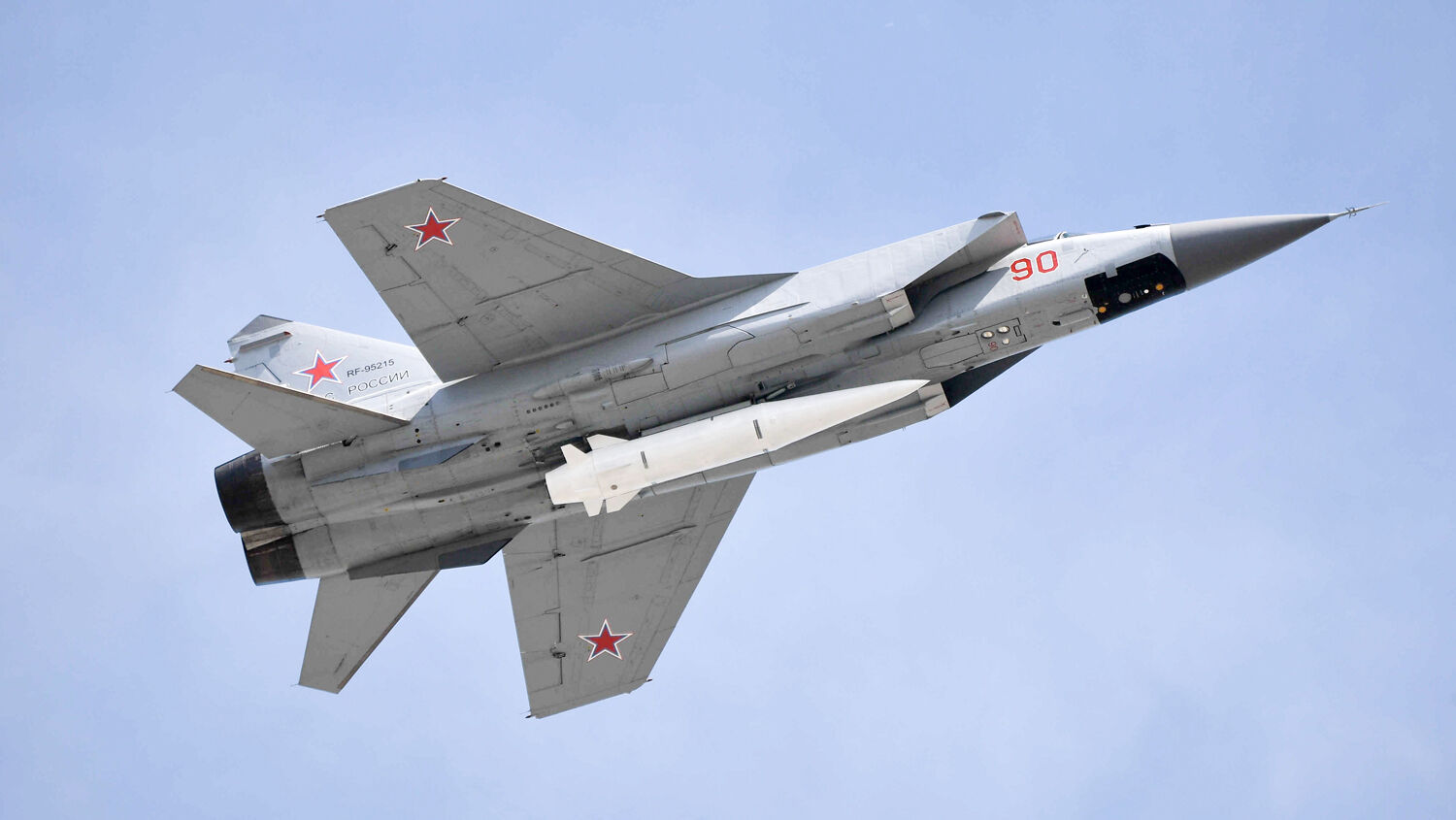 Russia is ready to use an ‘absolute weapon’ that is untouchable by modern missile defense systems.

Russian President Vladimir Putin claimed that no other nation is close to obtaining an “absolute weapon” like the new missile Russia has, against which modern missile defense systems are useless. “I do not think that any other country will have such weapons any time soon,” he said, “although, of course, someday they will appear, and, as I said, this does not bother us, because we already have it.”

During his annual “Direct Line With Vladimir Putin” call-in show on June 7, the president took questions from Russian citizens on a variety of topics. During the program, which lasted over four hours, Putin addressed Russia’s new Kinzhal, or “Dagger,” missile. By early May, the air-to-ground missile had been installed on at least six Russian fighter jets. Russia’s deputy defense minister said that “10 aircraft are on trial combat duty and are ready for use depending on the situation.”

According to Russian claims, this weapon, which can soar at 10 times the speed of sound (Mach 10, or over 7,500 miles per hour), is capable of evading any missile defense system used around the world. This is partly due to the speed of the missile and also its ability to correct its course mid-flight. This maneuverability is different from traditional long-range missiles that have predictable flight paths.

“What’s different about the hypersonic missiles in the press these days is they travel in unpredictable ways,” said former White House and Pentagon adviser Phillip Coyle.

What makes a weapon like this so devastating is that Russia claims it is capable of carrying a nuclear warhead—and nothing can stop it. Coyle said that a missile like this would be “difficult, if not impossible, to defeat. … While designed to intercept ballistic missiles, [United States] missile defenses don’t work against cruise missiles, against hypersonic maneuvering missiles, or against undersea drones carrying nuclear weapons. Worse still, American icbm [intercontinental ballistic missile] defenses in Alaska and California have a poor record of success—only 40 percent in recent intercept tests.”

Putin has claimed that Russia is miles ahead of the U.S. in the development of hypersonic weapons technology. In his March 1 state-of-the-nation address, he issued a stern warning to Western powers: “I want to tell all those who have fueled the arms race over the last 15 years, sought to win unilateral advantages over Russia, introduced unlawful sanctions aimed to contain our country’s development … you have failed to contain Russia.”

In a report from National Interest, Air Force Gen. John Hyten answered a question about America’s ability to defend against hypersonic missiles by saying: “[O]ur defense is our deterrent capability. We don’t have any defense that could deny the employment of such a weapon against us, so our response would be our deterrent force, which would be the triad and the nuclear capabilities that we have to respond to such a threat.” The only defense the West has against Putin’s new invincible weapon is mutually assured destruction.

Since coming to power in 2000, Putin has aimed to return Russia to the superpower status it held during the Cold War. In the May-June 2018 issue of the Philadelphia Trumpet, contributing editor Jeremiah Jacques outlined Russia’s military ambitions:

The outdated military that Putin had inherited from Boris Yeltsin was barely fit for its purpose. One of Putin’s highest priorities has been transforming it into a modern and more lethal force. Moscow now spends a higher percentage of its gross domestic product on its military than does America.

The efforts have paid massive dividends.

“The Russian military is now better equipped and more capable of conducting modern combat operations than at any point since the fall of the Soviet Union, which has caught analysts in the West by surprise,” wrote the Strategist’s Mitchell Yates in 2016.

And don’t forget: Russia has a vast nuclear arsenal, larger by number even than that of the U.S. It has publicly stated that nuclear weapons remain vital to its defense strategy and that in certain circumstances it might launch preemptive nuclear strikes to defend its interests.

During his state-of-the-nation address in early March, Putin dazzled his people by unveiling an array of new advanced nuclear-capable weapons.

The new Kinzhal missile as well as other advanced weapons systems that Russia has developed are concrete fulfillments of Putin’s goal.

As the Trumpet has reported, Vladimir Putin is the prophesied leader of the end-time Russian superpower that will ally with other Asian powers, contributing greatly to the coming third world war. (For more information, read “Is Vladimir Putin the Prophesied ‘Prince of Rosh’?”)

[Joel 2:3] says a “fire devoureth before them.” What kind of fire? Look at the context: “[A]nd behind them a flame burneth: the land is as the garden of Eden before them, and behind them a desolate wilderness; yea, and nothing shall escape them.” Not even a blade of grass is going to escape them. This is clearly talking about a nuclear attack!

A Garden of Eden lies before them, but after they’ve passed over it, only a barren wasteland remains. Can you imagine such a thing happening on this Earth? Well, if you look around and see the choices our nations are making, you would expect that to happen. Just look at how rapidly we are proliferating nuclear weapons! Russia, China, India and Pakistan all have nuclear bombs.

Once nuclear war has begun, no human being will be able to stop it. The Bible describes such a war in multiple prophecies. Jesus Christ Himself prophesied of a time of unparalleled suffering that would culminate in human annihilation if it weren’t for divine intervention: “For then shall be great tribulation, such as was not since the beginning of the world to this time, no, nor ever shall be. And except those days should be shortened, there should no flesh be saved [alive]: but for the elect’s sake those days shall be shortened” (Matthew 24:21-22).

Mankind never had the ability to completely wipe out its existence—until entering this era of nuclear weapons. Russia’s new generation of hypersonic missiles is pulling the world deeper into that era.

For more insight into where Putin’s ambitions are leading and how they align with Bible prophecy, request our free booklets Russia and China in Prophecy and The Prophesied ‘Prince of Russia.’