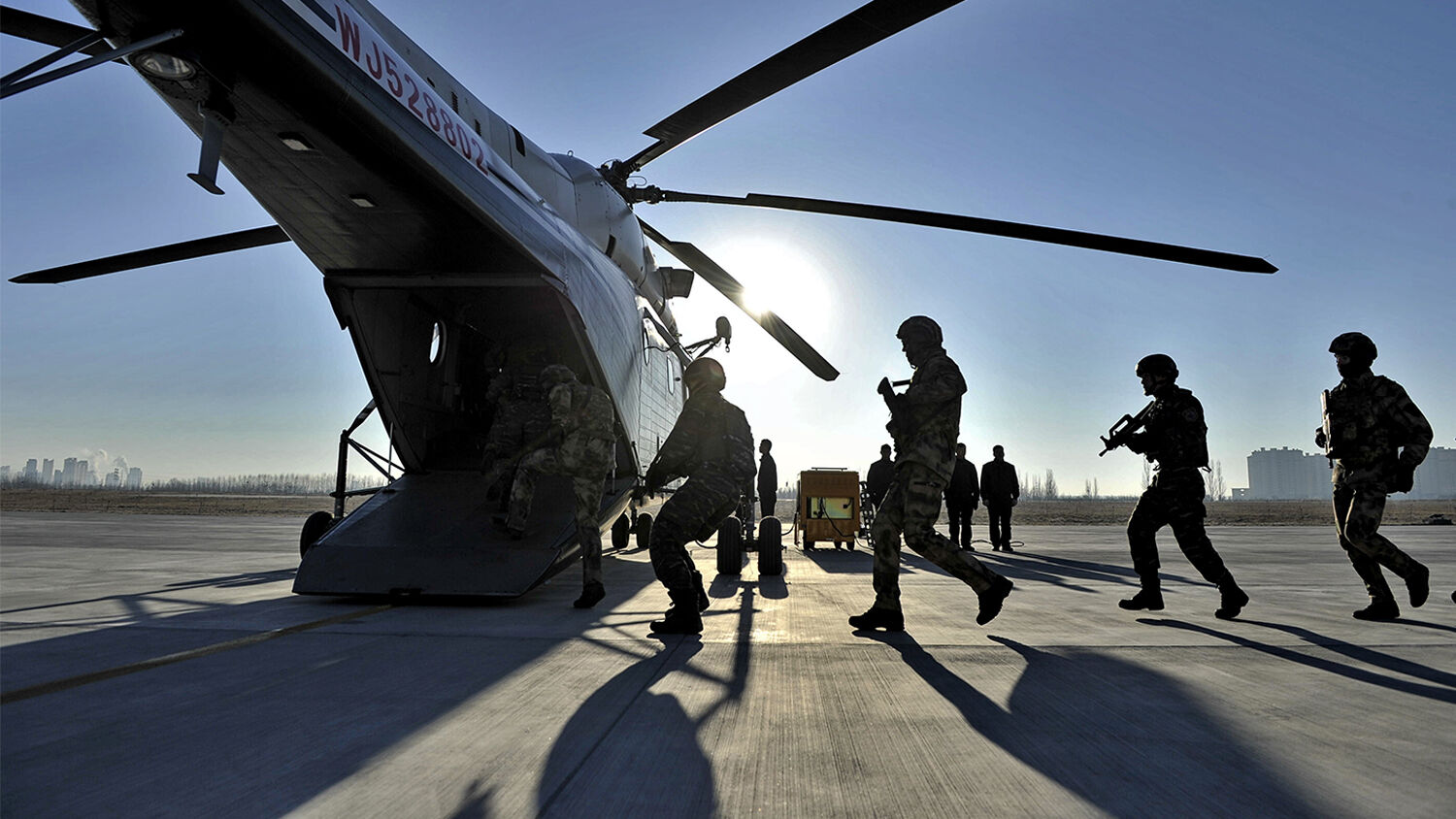 Soldiers go through a drill on day three of the China-Russia counterterrorist Cooperation 2017.
Getty Images

More than 100,000 Russian and Chinese troops to train together for war

Russia is about to hold its largest war games since the height of the Cold War. And China is invited.

Vostok 2018 (East 2018), the name of Russia’s upcoming military event, is scheduled for September and will be “unprecedented in scale, both in terms of area of operations and numbers of military command structure, troops and forces involved,” according to Russian Defense Minister Sergei Shoigu.

China reportedly plans to devote over 3,000 troops, hundreds of vehicles and dozens of aircraft to the maneuvers.

Chinese leaders stated that the drills are intended to increase Russia and China’s ability to work together against foreign threats.

The Vostok maneuvers take place every four years, and this year’s iteration will include the largest number of personnel, equipment and area covered in Russian-hosted war games since the Zapad games in 1981. According to the Central Intelligence Agency, the Zapad 1981 games involved between 100,000 and 150,000 troops. The Vostok 2018 games are expected to rival that magnitude.

Russia and China are building a military relationship that should alarm the nations they are likely to target. Just a few years ago, such an alliance would have been unimaginable. During the Cold War, Russia and China were bitter toward each other. Today, Russia’s military strength is returning to Soviet levels, and its relationship with China is improving dramatically. Now, they have formed a “strategic partnership,” as Chinese Foreign Minister Wang Yi said in April.

During the same month, China’s new defense minister, Wei Fenghe, met with his Russian counterpart to demonstrate to the West the “close ties between the armed forces of China and Russia.”

“I am visiting Russia,” Wei said, “as the new defense minister of China to show the world a high level of development of our bilateral relations and firm determination of our armed forces to strengthen strategic cooperation.”

One man in the 20th century predicted this cooperation between these previously ill-disposed nations that had experienced significant conflicts with each other in 1868, the 1870s, 1899, 1904, the 1920s, the 1960s, 1979 and the 1980s. That man was Herbert W. Armstrong, editor in chief of the Trumpet’s predecessor, the Plain Truth. As early as the mid-1930s, Mr. Armstrong wrote in the Plain Truth that Russia would rise up on the world scene “with her allies … possibly China or Japan.” In 1959, when Russia and China were still bitterly opposed to each other, he wrote, “Russia’s program … calls first for the seizure of Asia. … China’s … constant dream for centuries has been ultimate world conquest! … China knows, however, that in this highly industrialized age she can accomplish this dream only as an ally of Russia. … China is now ready to begin devouring the rest of Asia with Russia’s secret military backing.”

Today, we are seeing Mr. Armstrong’s predictions coming true exactly as he said! How could he have dogmatically proposed such a counterintuitive outcome? He based his prediction on Bible prophecy.

The Bible speaks of “the kings of the east” (Revelation 16:12). Mr. Armstrong identified these “kings” as the rising powers in Asia, led by Russia, primarily, and China. Mr. Armstrong also pointed to the prophecy in Revelation 9:16 about a future army comprised of 200 million men. That is far larger than any military in human history. Even today, such an army can only be formed by a coalition of populous Asian nations.

Russia and China’s developing alliance is leading toward a time of terrible warfare. We are seeing this come to fruition right before our eyes as these two powers participate in Russia’s largest war games since the height of the Cold War.

Our free booklet Russia and China in Prophecy will provide the context and insight you need to understand where this Asian relationship is leading. Also read our article “Why the Trumpet Watches Russia Allying With China” for a history of the Trumpet’s predictions concerning this alliance.