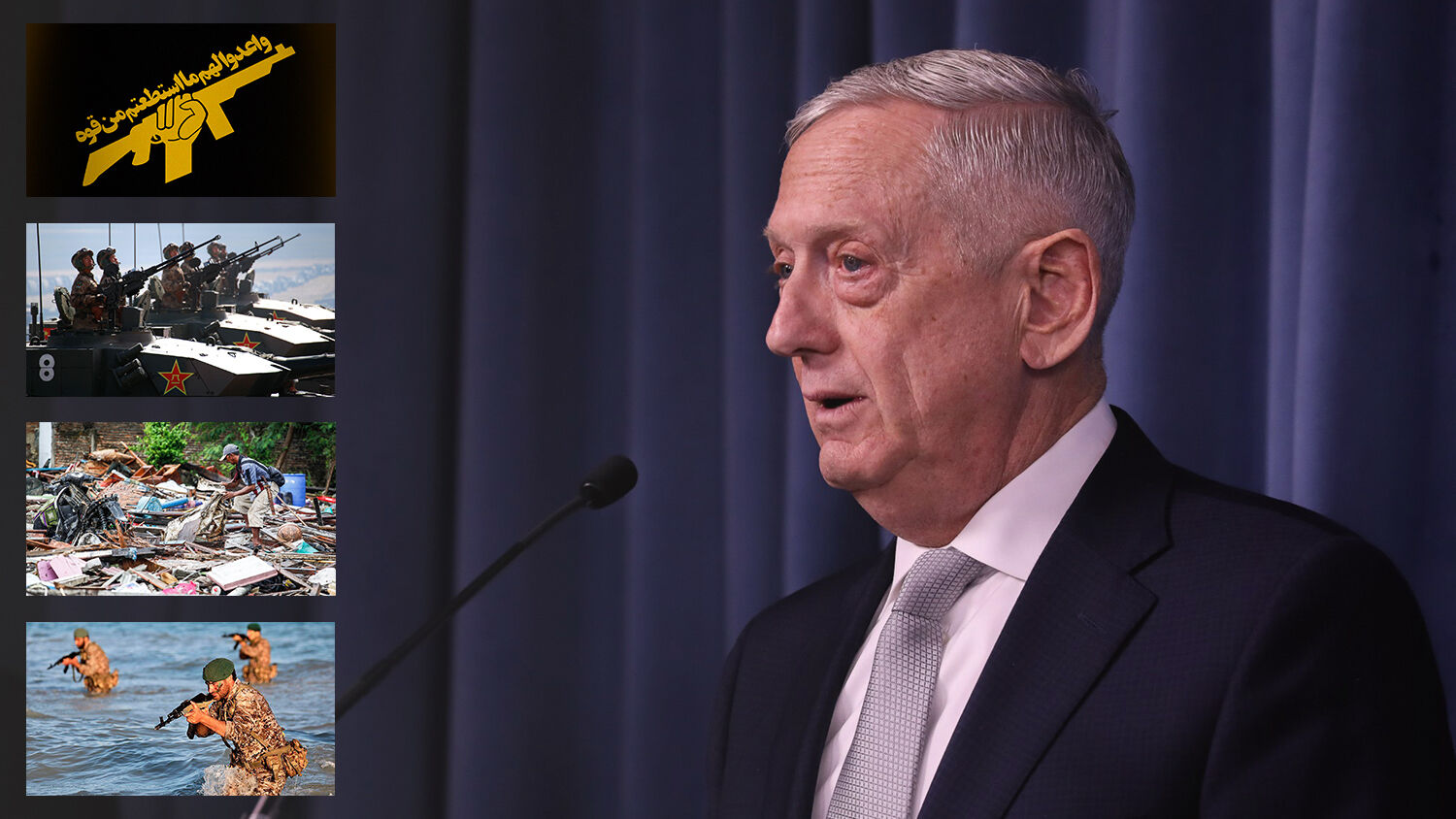 As of September this year, the U.S. has spent an average of $5 billion a year on Operation Inherent Resolve to fight Islamic State militants in Iraq and Syria. While that’s a reasonable investment to keep nations like Iran, Turkey and Russia from dominating the Middle East, the fact remains that sooner or later, the U.S. will have to start reducing its military spending and pulling troops back home. America simply lacks the financial resources to continue defending its interests and enforcing world peace.

Secretary Mattis’s resignation is a sign of this dangerous reality.

Iran recently conducted naval exercises codenamed “Operation Great Prophet 12” on Qeshm, the largest island in the Persian Gulf, near the strategically important Strait of Hormuz. The drills were conducted by various forces of the Islamic Revolution Guards Corps (irgc), including ground forces, a naval brigade and aircraft. While helicopters and armored vehicles provided cover, ground troops made an amphibious landing and stormed the island using rocket launchers and tanks.

The irgc also fired missiles into the sea in the general vicinity of the uss John C. Stennis, a United States aircraft carrier which was sailing through the Strait of Hormuz at that time. irgc Maj. Gen. Mohammed Ali Jafari said the Americans came “pretending to ensure the Persian Gulf states’ security. But it is Iran which has to provide security for the Strait of Hormuz, the Persian Gulf and our friends and brotherly countries on its southern coast.”

That Iranian “security” in the region portends trouble in one of the most important straits in the world.

“In the event of any war against Hezbollah, the movement is not going to be alone.” These words came from an Iraqi Shiite paramilitary group after the Israel Defense Forces discovered a fourth underground invasion tunnel from Lebanon across the border into Israel. The first invasion tunnel was discovered on December 4.

Nujaba’s spokesman voiced support on December 14, telling Iran’s Tasnim News Agency that, should Hezbollah be attacked, “all, including [Iraqi-based, Iranian-sponsored] Nujaba, will be standing by its side.”

As the U.S. begins to pull out of the Middle East, and Iran looks to fill the void and unite the Shiite Crescent, Israel may find itself surrounded and in need of funding for its security. Watch for Israel to look to Germany for assistance—your Bible prophesies it will happen soon.

The New York Times recently reported that it had reviewed confidential documents regarding China’s bri-related activities in Pakistan, revealing that “China is for the first time explicitly tying a Belt and Road proposal to its military ambitions.”

The new report is only the latest evidence showing that China is rebalancing the world economy with the bri and related initiatives. China’s progress in this rebalancing act is part of a larger shift underway in the global power balance, which Geopolitical Futures wrote about on December 26, saying that “one era is ending and another will soon begin.” America “has spread itself thin, and the power gap between it and its rivals has narrowed,” it wrote. “Conventional wisdom is no longer conventional, and around the world there is a sense that everything, including U.S. hegemony, is in question.”

Geopolitical Futures said 2019 will be “a year on edge” that will undergo global “transition” to “a new era that has yet to be defined.” But Bible prophecy provides a clear definition of the new era the world is transitioning toward.

The Bible emphatically states God’s authority and power over the weather. Our free booklet Why ‘Natural’ Disasters? will give you God’s perspective of weather disasters. Just ask for your free copy of this 85-page booklet.