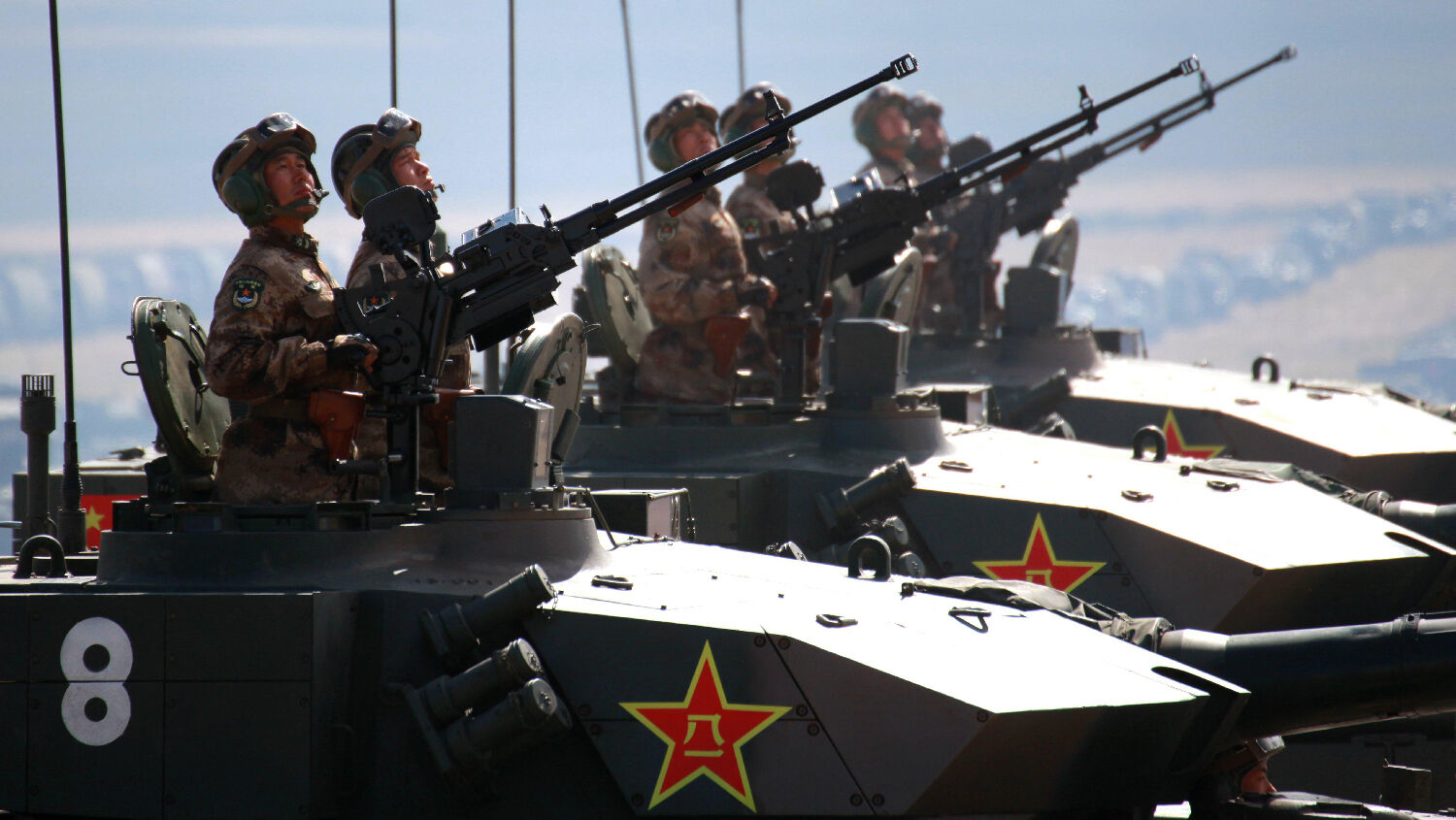 ‘The infrastructure initiative is really about helping China project armed might.’

Since 2013, China has been building the bri, a chain of infrastructure development projects in more than 60 countries. From the earliest days, Pakistan was a bri darling, with China spending some $60 billion to build a deepwater port on the country’s southern coast and linking it by 2,000 miles of road and rail up to the China-Pakistan border. Chinese officials have claimed for years that in Pakistan and all other participating nations, the trillion-dollar bri is purely for peaceful purposes.

But the New York Times reported on December 19 that it had reviewed confidential documents regarding China’s bri-related activities in Pakistan, revealing that “China is for the first time explicitly tying a Belt and Road proposal to its military ambitions.”

The documents show that a special bri economic zone will expand Pakistan’s construction of Chinese fighter jets and that the two sides will jointly build navigation systems, weaponry and other military hardware in facilities in Pakistan. The plans also call for boosting China-Pakistan cooperation in space, a frontier China has been actively militarizing in recent years.

Pakistan is also shown to be the only foreign nation granted access to the military service of China’s Beidou satellite navigation system, enabling precision guidance for its aircraft, ships and weapons. “The cooperation is meant to be a blueprint for Beidou’s expansion to other Belt and Road nations,” the Times wrote, noting that linking up with Beidou could end bri nations’ “reliance on the American military-run gps network that Chinese officials fear is monitored and manipulated by the United States.”

The confidential documents confirm “concerns of a host of nations who suspect the infrastructure initiative is really about helping China project armed might,” the Times wrote.

Michael Fuchs, former U.S. deputy assistant secretary of state for East Asian and Pacific affairs, agrees with this view, telling cnbc that the Times findings “should come as no real surprise.” Fuchs points out that despite Beijing’s assertions to the contrary, bri projects in locations such as Djibouti, Sri Lanka and Pakistan are “all about giving access to China’s military.”

The new report is only the latest evidence showing that China is rebalancing the world economy with the bri and related initiatives. China’s progress in this rebalancing act is part of a larger shift underway in the global power balance, which Geopolitical Futures wrote about on December 26, saying that “one era is ending and another will soon begin.” America “has spread itself thin, and the power gap between it and its rivals has narrowed,” it wrote. “Conventional wisdom is no longer conventional, and around the world there is a sense that everything, including U.S. hegemony, is in question.”

Geopolitical Futures said 2019 will be “a year on edge” that will undergo global “transition” to “a new era that has yet to be defined.” But Bible prophecy provides a clear definition of the new era the world is transitioning toward.

In our July 2014 issue, Trumpet editor in chief Gerald Flurry wrote about this rapidly approaching era. “These ‘times of the Gentiles’ are yet to be fully realized,” he wrote in “What Are the Times of the Gentiles?” “However, we are in the outer edges of this catastrophic storm.”

He explained that the term Gentile refers to “non-Israelite peoples,” adding that the Israelite peoples constitute “a lot more than the little nation in the Middle East.” In end-time prophecy, “Israel” refers mostly to modern-day America and Britain. (For a complete explanation, order a copy of our free book The United States and Britain in Prophecy, by Herbert W. Armstrong.)

For many decades, American and British power has brought stability to the world. But in “the times of the Gentiles,” power is shifting away from them and toward two main blocs of non-Israelite nations. “While there are many Gentile nations around today, when this prophecy is completely fulfilled there will be two major powers,” Mr. Flurry wrote. One of these will revolve around Germany, and the other around Russia and China.

China’s increasing expansion of the bri and related initiatives is shifting global power away from the Israelite nations and toward these other nations. The project’s increasingly overt military dimension makes the dangers of the shift more plain.

Mr. Flurry pointed out that though the shift in global power now underway is terrifying, it is tied to spectacularly good news. He wrote:

To understand more about the rise of China and where it is leading, read Mr. Flurry’s article “What Are the Times of the Gentiles?” and our free booklet Russia and China in Prophecy.