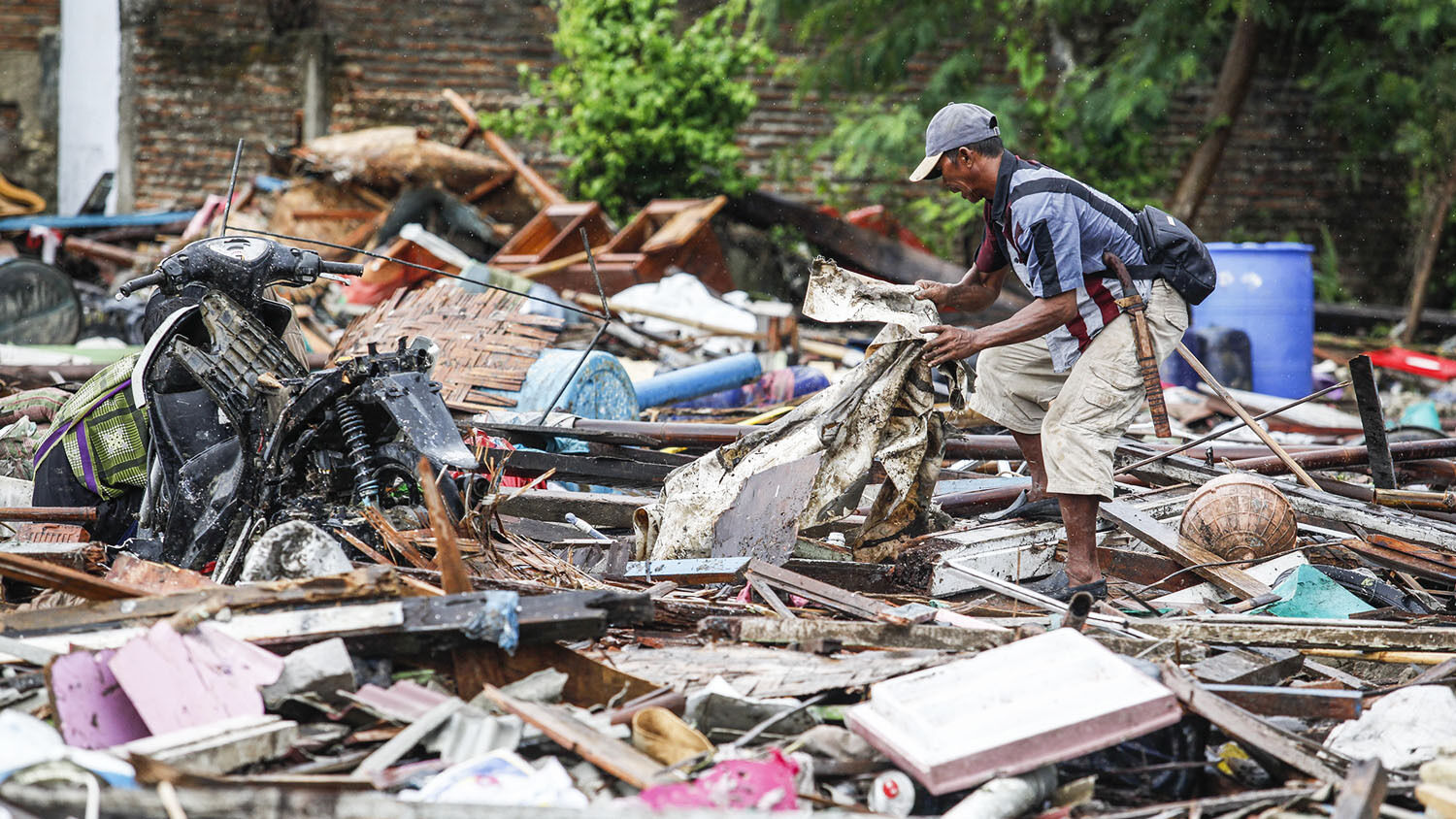 There is an often-overlooked reason why God allows weather disasters.

Massive killer waves brought death to hundreds on December 22 after Indonesia’s Anak Krakatau volcano erupted, causing a landslide and tsunami. The disaster affected the towns of Pandeglang, Serang and South Lampung. As of December 25, 429 have perished, at least 1,400 have been injured, 150 are missing, and 16,000 displaced from their homes.

The volcano is located in the Sunda Strait, between Sumatra and Java. Anak Krakatau, which translates to “Child of Krakatoa,” sits in the crater of the famous Krakatoa volcano, which erupted in 1883 and killed more than 30,000 people.

During Saturday’s eruption, part of the volcano collapsed and caused a landslide into the sea. The tsunami that immediately resulted caught people completely off guard. (A tsunami caused by an earthquake would have been detected by sensors earlier on and allowed more time for people to react.) A network of buoys in the strait intended to monitor water levels for indications of a tsunami had not functioned since 2012 due to lack of funding and technical problems. Even if they had functioned, it is unlikely they would have provided a warning early enough for people to evacuate.

A video captured the moment the tsunami hit a beachfront concert by Indonesian pop band Seventeen. One moment, the band was playing and people in the audience were applauding. The next moment, the band members and their instruments were thrown toward the screaming audience as the stage collapsed under a torrent of water. The disaster killed at least four band members and crew.

The events in Indonesia are undeniably tragic. At times like this, people often question whether God exists. Of those who believe He does, many have no explanation for such disasters as Saturday’s tsunami. This type of disaster often shakes people’s faith in God. But if we know what Bible prophecy says about events to occur immediately before Christ’s return, they should instead strengthen our faith. Why ‘Natural’ Disasters? states,

In Matthew 24, Jesus Christ’s disciples asked Him what signs would precede His Second Coming and the end of this present world. He responded with the pivotal prophecy of His earthly ministry: the Olivet prophecy. …

Christ then gave another important sign of the end time: weather patterns and other natural phenomena taking a violent turn for the worse! “And ye shall hear of wars and rumours of wars … For nation shall rise against nation, and kingdom against kingdom: and there shall be famines, and pestilences, and earthquakes, in divers [different] places” (verses 6-7). Notice, in addition to the “wars and rumours of wars”—surely an apt description of the current state of international relations—Jesus told His disciples that His return would be preceded by an uptick in natural disasters.

The natural disasters we see around the world prove the authority of God’s Word. God is allowing these tragedies to occur in order to teach humanity a vital lesson. Why ‘Natural’ Disasters? states that this will continue until mankind fully learns his lesson and repents of sin. The booklet continues:

Mr. Armstrong referred to this difficult 6,000-year “lesson” man is recording by his own experience as aversion therapy. …

Though He is not forcing us to go the way of Satan, He is certainly permitting us to fill our minds with Satan’s way of life. God is allowing this to bring us to the point where we will absolutely loathe and abhor this “present evil world.” He is allowing man to go his own way so we might see the fruits of living contrary to God’s law of love.

These are plain answers to life’s most challenging questions, straight from the pages of your Bible. The world we currently live in is “this present evil world,” not a world directly ruled by God (Galatians 1:4). This is because mankind as a whole has rejected God’s way of life and chosen Satan’s way, a choice symbolized by the two trees in the Garden of Eden. Mankind has cut himself off from God and from His promises of physical protection.

God does not force humans to choose His way of life, but He does want all to come to repentance and none to perish (2 Peter 3:9). This will occur according to His plan and time order, as outlined in the Bible. In tragedies like the Indonesian tsunami, we need to understand what the Bible says about weather disasters: They point us to the return of Jesus Christ and a brighter future, free of suffering, soon to become reality everywhere on Earth. To read more about why God allows natural disasters, request your free copy of Why ‘Natural’ Disasters?