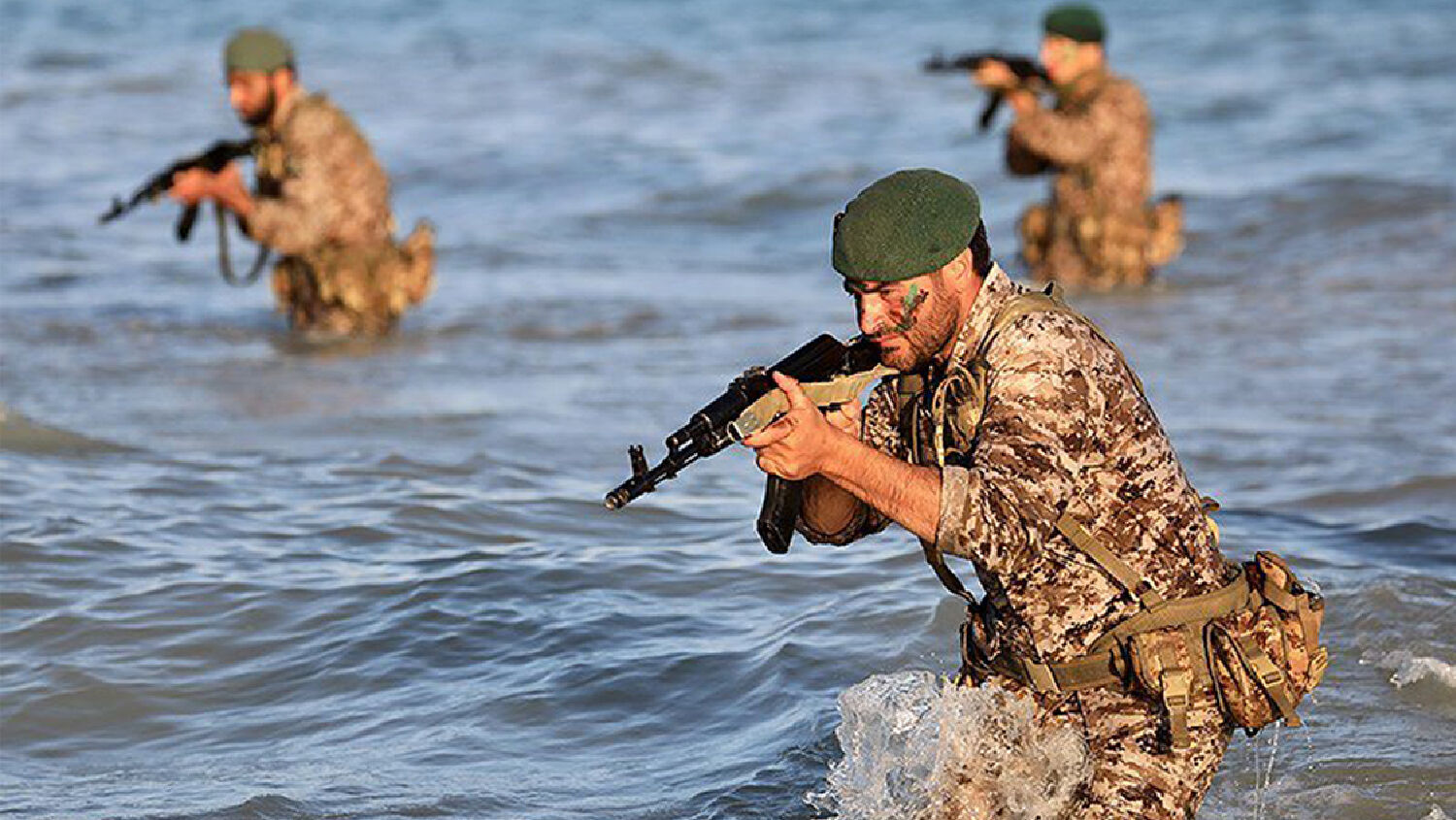 A United States aircraft carrier sailed through the Strait of Hormuz and entered the Persian Gulf on December 21. Iranian ships taking part in Operation Great Prophet 12 at the strait launched missiles into the sea in the general vicinity of the uss John C. Stennis, though the U.S. Navy stated that they were aimed away from the carrier.

As the carrier sailed through the Gulf, it was followed by two Iranian speedboats. Reuters reporters onboard the U.S. carrier also noticed a drone flying nearby.

The day after the carrier entered the Gulf, Iran conducted more military drills. Operation Great Prophet 12 primarily took place on Qeshm, the largest island in the Gulf, near the strategically important Strait of Hormuz, which facilitates approximately 30 percent of global maritime oil trade

The drills were conducted by various forces of the Islamic Revolution Guards Corps (irgc), including ground forces, a naval brigade and aircraft. While helicopters and armored vehicles provided cover, ground troops made an amphibious landing and stormed the island using rocket launchers and tanks. Medium-range missiles were also fired.

According to Iran’s Tasnim News Agency, anti-helicopter mines were used for the first time. These remote-controlled weapons jump up to 600 feet off the ground and explode in a cloud of shrapnel 330 feet in diameter.

In other operations, irgc Air Defense units shot down “enemy” drones with artillery, combat engineers planted large booby-trap bombs, paratroopers and military equipment were deployed from helicopters, and “divers exercised tactics to conquer the enemy’s coastal territories and paved the way for the commandos and the irgc Ground Force Special Forces to take action.”

Although they were not anti-aircraft carrier operations, the military drills sent a clear message: The United States is not welcome in the Persian Gulf. The Islamic Republic News Agency quoted irgc Maj. Gen. Mohammed Ali Jafari saying, “Hopefully, with these exercises, our enemies will realize more than ever how devastating our response would be to any move by them.”

The captain of the John C. Stennis said that the U.S. would “strive to support” its Gulf allies and the carrier’s presence shows that the nation is still dedicated to the Persian Gulf and to ensuring “equal access to international waters.” Iran did not accept this statement.

“They’ve come pretending to ensure the Persian Gulf states’ security,” stated Jafari. “But it is Iran which has to provide security for the Strait of Hormuz, the Persian Gulf and our friends and brotherly countries on its southern coast.”

“The presence of this warship is insignificant to us,” stated a senior commander for Iran’s navy. “We will not allow this warship to come near our territorial waters in the Persian Gulf.” However, he also said the U.S. does “not have the courage or ability to take any measures against us. We have enough capabilities to stand against their actions and we have fully rehearsed for that.”

Iran has been working to extend the reach of its military in the Gulf and beyond. In recent years, it has dispatched warships into the Indian Ocean and the Gulf of Aden to escort its freighters. In the last two years, Iran has conducted military exercises in Yemen and even considered building naval bases there.

Iran has also supplied weapons and support to entrench its terrorist proxy Houthis in northern Yemen in order to exert pressure over another vital waterway, the Bab el-Mandeb.

The head of the #IRGC’s navy said #Iran has full control of the #PersianGulf and the Strait of #Hormuz, @Reuters. The #UnitedStates is pursuing a tough line against Iran, and Tehran is looking for ways to strike back without compromising its #economy. https://t.co/PY3b0QGI5A pic.twitter.com/uYIOuGRGSX

In another display of strength earlier this month on December 1, Iran celebrated the launch of its first Sahand-class destroyer, which it claims is equipped with radar-evading stealth technology.

Iran’s test of a medium-range ballistic missile capable of carrying multiple warheads was reported by U.S. Secretary of State Mike Pompeo on December 1. This missile is believed to be capable of striking parts of Europe. Besides some political rhetoric by the U.S. and European Union, Iran has received little repercussion for this demonstration of power.

In July, Ali Jafari reiterated Iranian President Hassan Rouhani’s warning: “We will make the enemy understand that either all can use the Strait of Hormuz or no one.”

Military drills are held for three primary reasons: to prepare a nation’s military for a specific circumstance, to provide an excuse for deploying troops to a given area, and to send a message to enemy nations. Iran’s war games at Qeshm Island give its military experience in operating around the Strait of Hormuz, presumably to provide backing for its threat of closing the strait. It also gives Iran an excuse for having such a large number of military forces around the strait.

Iran’s military drills on Saturday were another push toward controlling the strait, even in the shadow of an American aircraft carrier strike group. Iran continues to assess how far it can push before it is forced to stop. So far, it has not reached that limit.

The Bible prophesied of this “push” from Iran over 2,500 years ago, which Trumpet editor in chief Gerald Flurry identifies in his booklet The King of the South. He identifies radical Islam, led by the Iranian regime, as the biblical “king of the south.” Daniel 11:40 states that Iran will continually “push” at its enemies. Iran was prophesied to have an imperialistic foreign policy, always pushing to gain more power. These war games are a way for Iran to extend its power.

One aspect of that push revolves around Iran gaining a choke hold on sea-gates in the region. Iran already dominates the Persian Gulf and the Strait of Hormuz. Through the Houthi rebels in Yemen, it has a strong presence near the Bab el-Mandeb. Now, it is beginning to put its power on display. Watch for Iran to continue to push its influence of power throughout the Middle East.

For more information about Iran’s push and its strategy to conquer the Middle East, request Mr. Flurry’s free booklet The King of the South.