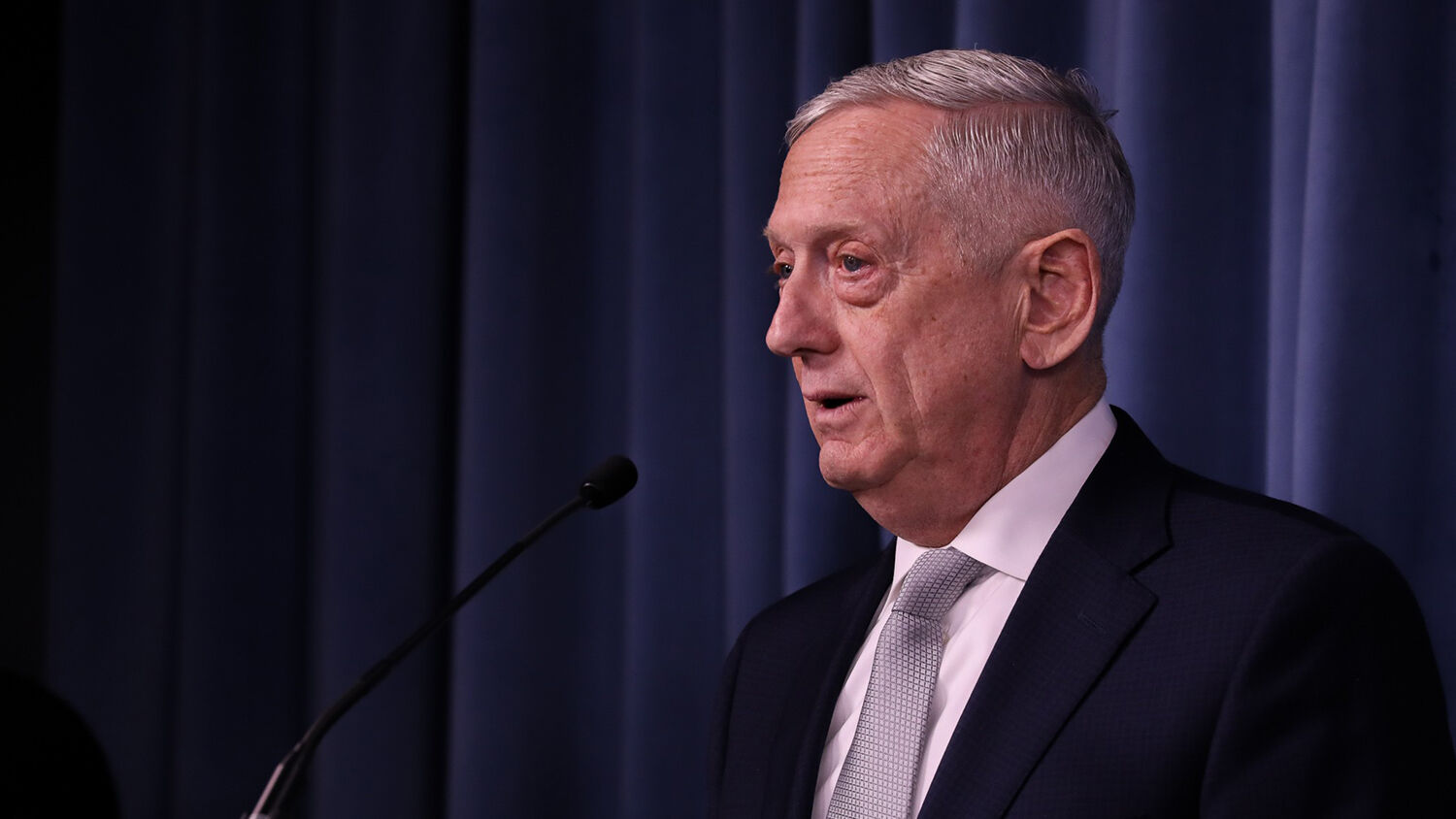 Soon, America will be unable to protect its interests.

United States Defense Secretary James “Mad Dog” Mattis announced his resignation December 20, the day after President Donald Trump’s plans to withdraw troops from Syria became public. While Mattis has disagreed with his boss before, apparently President Trump’s decision to withdraw all 2,000 U.S. troops from Syria was a step too far.

“My views on treating allies with respect and also being clear-eyed about both malign actors and strategic competitors are strongly held and informed by over four decades of immersion in these issues,” Mattis wrote in his resignation letter. “We must do everything possible to advance an international order that is most conducive to our security, prosperity and values, and we are strengthened in this effort by the solidarity of our alliances. Because you have the right to have a secretary of defense whose views are better aligned with yours on these and other subjects, I believe it is right for me to step down from my position.”

In other words: Mattis is unwilling to continue serving under a president he thinks has isolationist impulses.

The defense secretary suggested that his last day at the Pentagon should be February 28 to “allow sufficient time for a successor to be nominated and confirmed as well as to make sure the department’s interests are properly articulated and protected.” But President Trump decided to push Mattis out by January 1.

Over the course of his 44 years in the U.S. Marine Corp, General Mattis became a military legend. His reputation as being above politics was not completely deserved, since he counseled President Trump against moving the Israeli embassy to Jerusalem as a concession to the Palestinians. But he was a pillar of the U.S. military establishment—a group of generals and politicians committed to preserving America’s superpower status by maintaining overseas military deployment. Mr. Trump is challenging this establishment with his desire to bring troops home.

Considering the U.S. is over $21 trillion in debt, you can certainly understand why the president wants to start closing overseas military bases and bringing troops home. Interest payments on the national debt are now roughly half what the nation spends on its military. The U.S. will be forced to cut its military spending in the near future.

The U.S. spent $126.8 billion fighting terrorism in 2018, but involvement in Syria is one of the cheaper areas of expenditure. As of September this year, the U.S. has spent an average of $5 billion a year on Operation Inherent Resolve to fight the Islamic State. Spending less than 1 percent of the Pentagon’s budget to keep nations like Iran, Turkey and Russia from dominating the Middle East is a reasonable investment. But the fact remains that sooner or later, the U.S. will have to start reducing its military spending and pulling troops back home. America simply lacks the financial resources to continue defending its interests and enforcing world peace.

Secretary Mattis’s resignation is a sign of this reality.

Shuttering foreign bases and bringing troops home may buy the U.S. several months of financial solvency, but it will ultimately transform America from a global hegemon, projecting power around the world, into a weakened, vulnerable nation just trying to defend its borders.

“As Sen. Rand Paul often points out, bankruptcy is the Sword of Damocles hanging perilously close to Uncle Sam’s neck,” Hunter DeRensis wrote in the American Conservative. “What would transpire if Social Security checks stopped showing up in mailboxes and Medicare benefits got cut off? When presented with that choice, will the average American choose his social safety net or continued funding for far-flung bases in Stuttgart, Okinawa and Djibouti? Even the most militaristic congressperson will know which way to vote, lest they find a mob waiting outside their D.C. castles” (November 20).

Astonishingly, this scenario was foretold in Bible prophecy. Almost 3,500 years ago, the Prophet Moses recorded God’s promise to bless Israel for obedience to His laws and curse it for disobedience. One of the curses that God said would come on Israel for disobedience was that foreign enemies would besiege the nation.

“But it shall come to pass, if thou wilt not hearken unto the voice of the Lord thy God, to observe to do all his commandments and his statutes which I command thee this day; that all these curses shall come upon thee, and overtake thee …. The Lord shall bring a nation against thee from far, from the end of the earth, as swift as the eagle flieth; a nation whose tongue thou shalt not understand …. And he shall besiege thee in all thy gates, until thy high and fenced walls come down, wherein thou trustedst, throughout all thy land: and he shall besiege thee in all thy gates throughout all thy land, which the Lord thy God hath given thee” (Deuteronomy 28:15, 49, 52).

Herbert W. Armstrong explained in his most-requested book, The United States and Britain in Prophecy, that these verses and many others apply primarily to the end-time descendants of ancient Israel: the U.S. and Britain. The reference to Israel’s “gates” refers to narrow passages of entrance or exit. When speaking nationally, a “sea-gate” is a narrow choke point like the Dardanelles, the Suez Canal and the Strait of Hormuz. Much of the world’s trade flows through these gates. Since the end of World War ii, they have been protected by the United States and Britain. But if the U.S. pulls its troops out of the Middle East and turns the region over to hostile powers, America’s enemies “shall besiege thee in all thy gates throughout all thy land, which the Lord thy God hath given thee.”

James Mattis’s resignation itself is not the end-of-the-world event some media outlets are making it out to be. But it is a harbinger of the soon-coming time when America will be unable to protect its interests overseas. To learn more about America’s prophesied economic and military decline, read “Can America Afford Its Military?” from the February 2019 Philadelphia Trumpet.