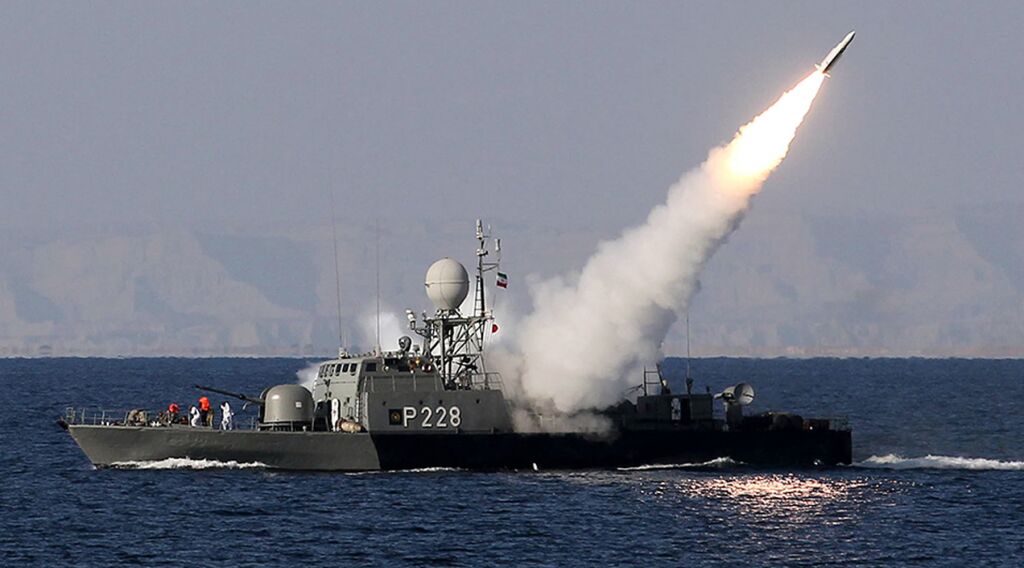 A top Iranian general has hinted at establishing naval bases in regional hotspots.

For the first time in Iran’s history, the subject of Iranian naval bases in foreign countries has been broached publicly by the nation’s top brass.

That is to say, almost everyone.

Saudi Arabia, for instance, is currently waging a war against the Iranian-backed Houthi rebels in Yemen. Riyadh knows full well that Iran wants to create a Shiite beachhead in the impoverished nation. Such a position would grant Iran not only access to the southern end of the Red Sea but also a backdoor to influence Saudi Arabia.

The Sunnis are also keenly aware of the geopolitical advantages Iran gains from supporting Bashar Assad’s regime in Syria. With a military presence in the nation already, a naval presence seems to be a logical next step.

For security reasons alone, Israel will be watching Iran’s navy closely to see if it moves in the direction Bagheri suggested. Europe will also be watching. It could lose dramatically if trade through the Red Sea were hindered or severed completely. But those are not the only nations who would be affected by such a move.

In 2013, 3.8 million barrels of oil and an average of 55 ships passed through the Bab el-Mandeb Strait per day, accounting for 8 percent of global trade! At 18 miles across at its narrowest point, Business Insider called this one of the “most precarious oil choke points in the world right now.”

The trading nations of the world should take notice of this development, because any instability in these sea-lanes equates to instability at home.

Following a belligerent trend or not, establishing naval bases would be unprecedented—not only for Iran but for any country in the Middle East.

Houthi rebels responded to Iran’s suggestion for a naval base in Yemen. Houthi Political Council Chief Saleh al-Samad stated in a Facebook post, “Not one inch of Yemen’s land or waters will be forfeited to any foreign party … whether a friend or an enemy.”

Bagheri himself noted that the creation of such bases would first require significant infrastructural commitments.

Considering these hurdles, his statements about possible naval bases abroad might not seem to be of much concern. But taken in context, they most certainly are.

The Iranian Navy has made bold moves this year. On January 12, it captured 10 United States sailors. That humiliating incident was just the start. Four small vessels harassed U.S. guided missile destroyer uss Nitze in late August; the boats came within 300 yards of the destroyer. On August 25, the Pentagon noted another incident where an Iranian ship played chicken with the uss Tempest, coming within 200 yards before warning shots were fired and the vessel turned away. On October 9, Iranian-backed Houthi rebels fired two missiles at a U.S. destroyer off the coast of Yemen. Neither missile hit its intended target, but the move brings into screaming clarity the rise of Iran at this vital trade route.

These incidents show that Iran already has the will to establish itself as the gatekeeper of the Bab el-Mandeb and the Strait of Hormuz; it is just lacking in ability. That is why the naval bases comment is so concerning. It shows where Iran is headed.

Iran’s naval capacity is expanding. Growing simultaneously is Iran’s ability to disrupt the flow of sea trade—a power that can cripple nations.

Iran has naval bases throughout the Persian Gulf and Strait of Hormuz. Bases such as Bandar Abbas are ideally located at critical oil choke points. Iran also patrols the Gulf of Aden and Somalian coastline under the guise of fighting pirates. The threat of pirates allows Iran a greater military presence and more threatening posture in the region. It uses the pirate threat to justify sending warships up and down the Red Sea. Rear Adm. Habibollah Sayyari told state-run media that Iranian warships would now escort its tankers through the sea-lane.

Imagine a scenario where Iranian naval forces in the Persian Gulf stop patrolling and start attacking. Consider what would happen if the ships guarding against pirates in the Gulf of Aden became the aggressors.

The Strait of Hormuz saw 30 percent of all maritime-traded petroleum pass through its waters in 2013. Add to that the Bab el-Mandeb’s 3.8 million barrels per day, plus the flow-on effect for the Suez Canal. If that all stopped, energy prices would skyrocket. Pandemonium would follow.

Iran knows what it is capable of if it gains control of these sea-lanes.

When discussing the plans for international naval bases, Bagheri also said, “Having naval bases in remote distances is not less than nuclear power. It is 10 times more important and creates deterrence.”

Of course, Iran’s definition of deterrence is far different from other nations, who are trying to prevent, rather than stoke, war.

Iranian Supreme Leader Ayatollah Ali Khamenei stated last year that the sea is the realm of “powerful confrontation with enemies.” These aren’t the words of a man looking to merely deter foreign forces.

Iran is working to create a naval “nuclear bomb,” capable of sabotaging world trade, yet much of the West seems oblivious. But one source actually exposed Iran’s strategy thousands of years ago.

As Trumpet editor in chief Gerald Flurry wrote in “Iran Gets a Stranglehold on the Middle East”:

As astounding as it may sound, the Prophet Daniel foretold what just happened in Yemen! He even mentions names of individual nations along the Red Sea corridor that will be aligned with Iran.Notice it: “And at the time of the end shall the king of the south push at him: and the king of the north shall come against him like a whirlwind, with chariots, and with horsemen, and with many ships; and he shall enter into the countries, and shall overflow and pass over” (Daniel 11:40). This is an end-time prophecy. It concerns the time we are living in right now, and it directly concerns these Middle Eastern nations.For almost 25 years we have identified the king of the south as a radical Islamist power led by Iran, and the king of the north as a German-led European power. This prophecy reveals that the Iranian-led power will push at Europe. It may be that this push could take place in the very area of Yemen or the Gulf of Aden.

You can continue reading in Daniel 11 to see other nations that will eventually ally with Iran: Egypt, Ethiopia and Libya (verses 42-43). Astounding as it may seem, this is what the Prophet Daniel forecast for our day.

As Mr. Flurry wrote in his booklet The King of the South, these verses actually unlock Iran’s strategy today!

It is amazing that a book written thousands of years ago plainly outlines the plans of a modern-day nation. To the inquisitive mind, even more exciting is the fact that the book of Daniel doesn’t end there. It goes on to explain in detail how Iran’s plan will come to an abrupt end and what will follow.

If you want to read more on this subject, we highly recommend “Iran Gets a Stranglehold on the Middle East.”