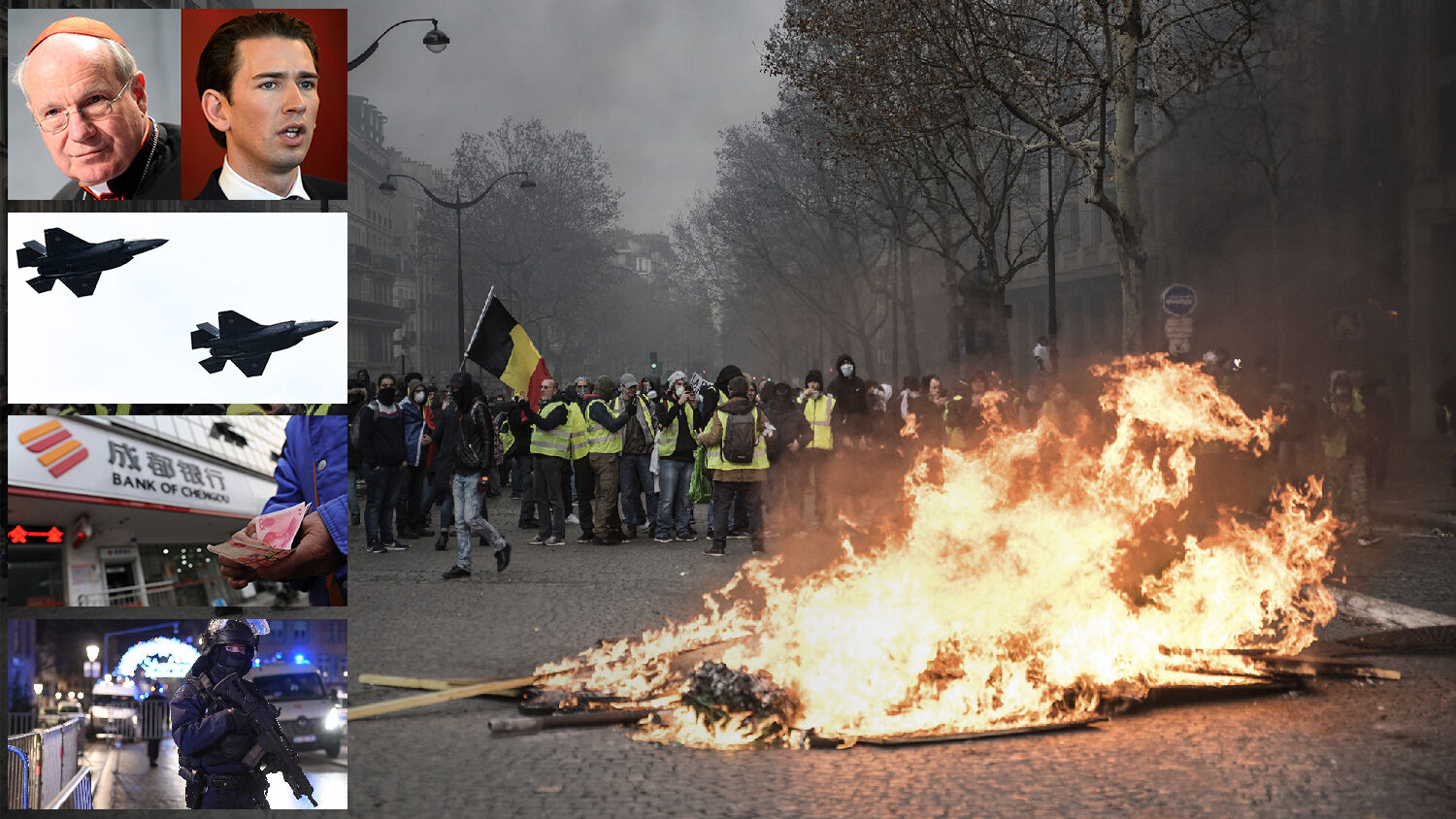 Terror in France, uncertainty in Germany, portentous cooperation in Asia, and more

An Islamist terrorist killed three people and wounded 13 others in the French border city of Strasbourg on Tuesday.

The attack came amid growing anger in France and across Europe. The protests in France over the last month were triggered primarily by environmental taxes and secondarily by grievances such as lax immigration laws that have allowed terrorists to come into the country.

The Bible reveals that some major changes are coming to European politics. Revelation 17 describes “ten kings” who submit to one overall king. Many of the French protesters who have been marching in the streets, burning cars and smashing windows are angry not just over a fuel tax but with all politicians and with France’s entire political system. They want a new system—and the Bible says that a new system is coming.

Faced with Continent-wide anger, Germany’s ruling party, the Christian Democratic Union (cdu), met December 7 to choose its course for the future and its new leader. It chose Chancellor Angela Merkel’s handpicked successor, Annegret Kramp-Karrenbauer. While not identical to Merkel, she has a similar vision for Germany and has been nicknamed by some “mini-Merkel.”

Merkel will continue in her job as chancellor for now, with Kramp-Karrenbauer taking over if the cdu wins the next national election, scheduled for 2021.

Had an anti-Merkel candidate won the cdu vote, “the pundits would now be asking how long he would need to topple Merkel,” wrote the Guardian. “Now they are asking how long [Kramp-Karrenbauer] will be able to keep Merkel in power.”

What happens after Merkel is the most critical question.

Schönborn and Kurz are two of the most prominent and influential leaders who are cementing a union between church and state in Europe. When fully established, such a union will be akin to the Holy Roman Empire of old. And it will be a dramatic fulfillment of end-time Bible prophecy!

Japan’s Air Self-Defense Force and the Indian Air Force recently combined for humanitarian and disaster relief exercises. According to Japanese Defense Minister Takeshi Iwaya, the exercise in India’s state of Uttar Pradesh focused on improving air transport and “mutual understanding between Japan and India, and bolstering our relationship of trust.”

These exercises cap a year of many firsts in Japan-India bilateral relations. They followed soon after Japan and India held a maritime exercise in October and their first-ever land-based military exercise in November. They also followed an acquisition and cross-servicing agreement that would allow the Indian Navy to access Japan’s Djibouti base and Japan to access various Indian naval posts.

As the balance of power throughout the world continues to shift, as the world’s superpower declines and other nations rise, India and Japan’s relationship will only strengthen according to end-time Bible prophecy.

If China’s new oil futures contract continues to lure more oil-exporting nations away from the dollar and toward the yuan, the dollar could quickly weaken. This could accelerate the conditions for a prophesied siege on the United States.