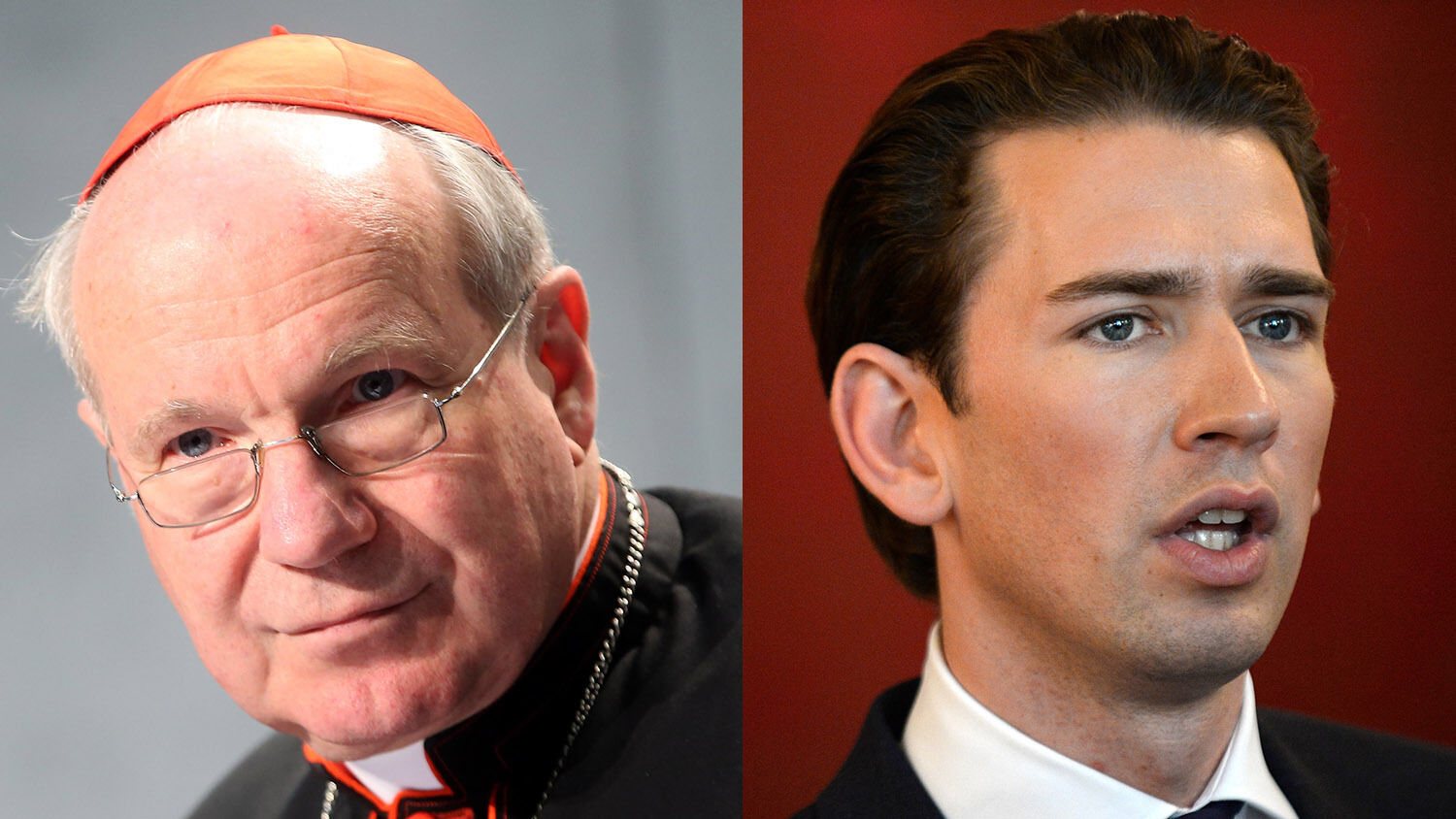 Every year, various Christian churches and communities hold Advent receptions prior to Christmas. But this year, it was Austrian Chancellor Sebastian Kurz along with Minister of Culture Gernot Blümel who sent out invitations to the religious representatives. “Faith is important for the people and enriches society,” Kurz explained (Trumpet translation throughout).

Prior to the Advent reception, Chancellor Kurz, Blümel and their closest associates met with church representatives for a short discussion. Vienna Archbishop Christoph Schönborn, as the top religious representative, along with Episcopal Conference secretary general Peter Schipka, Nuncio Archbishop Zurbriggen, Nunciature councilor Msgr. George Panamthundil, Metropolitan Arsenios Kardamakis from the Greek Orthodox Church, the bishops Anba Gabriel from the Coptic Orthodox Church and Michael Bünker from the Evangelical Lutheran Church, as well as Pastor Reinhold Eichinger from the Free Churches in Austria, were present at the meeting.

In his speech to the representatives, Kurz emphasized that “faith provides support, security and orientation” and serves as a society-wide unifying factor. He recalled how he sought a close exchange with the churches and religious communities when he was serving as Austria’s state secretary for integration. Kurz also thanked outgoing Apostolic Nuncio Zurbriggen for his advice and support and almost decade-long work in the country.

Schönborn emphasized that it is “not self-evident” for a nation to have such close cooperation between church and state. “In Austria, there is not only religious peace, but also a good coexistence of churches and religions with governments,” Schönborn said in his speech. In view of the major social issues, Blümel stressed that “religions are part of the solution.”

Since last July, Austria has held the rotating presidency of the Council of the European Union. When Austria’s six-month term commenced in mid-July, Kurz summoned representatives of the Christian churches to a top-level discussion on EU social policy, Brexit, migration, Western Balkans integration and climate policy. These topics were also adopted as the priority of the Austrian EU Council presidency.

Since Kurz was elected as chancellor of Austria, he has been in close cooperation with Vienna’s Archbishop Schönborn. They have held various meetings with religious and political representatives.

A lesser-known example of this church-state cooperation is the joint effort to integrate the West Balkans into the EU. The last country to join the EU was Croatia in 2013. Other Balkan countries are under consideration as potential members; however, progress has been slow.

In mid-July, Kurz emphasized that the “Balkans have to be [the] priority” and that the “EU must stop negotiations with Turkey.”

Perhaps Austria’s church-state cooperation will prove strong enough to make the difference in keeping Muslim Turkey out and bringing Balkan countries in. Last month, Kurz called for a meeting with the Balkan heads of government. As president of Council of the EU, he is currently in a position, unlike any other head of state, to further the integration. The EU’s political influence in the Balkans has recently faced challenges from Turkey and China.

The Balkans (which includes Albania, Bulgaria, Bosnia and Herzegovina, Croatia, Greece, Slovenia, Serbia and other nations) is of high strategic importance to the EU because it facilitates access to the Mediterranean Sea. Neither the Vatican nor the EU want to lose influence over the region. (Read “Keep an Eye on the Balkans,” by theTrumpet.com managing editor Brad Macdonald, to learn more about the area’s strategic relevance.)

Eastern Europe’s integration into a European superstate through the combined effort of church and state is prophesied in the Bible. Historically, European unity has only been possible through such cooperation. Prophecies in Daniel 2 and 7 and Revelation 13 and 17 warn that this history will repeat itself.

Plain Truth editor in chief Herbert W. Armstrong wrote in August 1978: “Europeans want their own united military power! … They have made a real effort toward union in the Common Market. … But they well know there is but one possibility of union in Europe—and that is through the Vatican.”

Daniel 2 shows that this empire has an eastern and western leg. Austria has historically been a mediator for the two camps. Mr. Armstrong predicted that Austria and the Vatican would again play a crucial role in uniting Eastern and Western Europe. The Plain Truth wrote in February 1972:

“Suddenly, the world will behold a United States of Europe!” Mr. Armstrong wrote in May 1953. “Some of the Balkan nations, which have been under Russia’s boot, will be members of it!”

European leaders are actively working to revive the Holy Roman Empire that has ruled Europe for centuries. The integration of the Balkans is part of this revival. To understand the significance of the Balkans in this revival, request a free copy of Germany’s Conquest of the Balkans, by Trumpet editor in chief Gerald Flurry.

For centuries, European policies have been guided by the Roman Catholic Church. But since the end of World War ii, politics have become more secular. Sebastian Kurz has now drastically reversed that postwar trend in Austria, thus giving rise to the occasion for the December 4 Advent celebration.

Cohost of the Advent reception, Minister of Culture Blümel, has been leading the cultural program of Austria’s presidency of the Council of the EU. As the emblem of the program, Austria set up a mini-museum in the foyer of the European Council Building in Brussels. The theme of the cultural program is “Europe United in Art,” referring to the art and culture of the Holy Roman Empire. And prominently depicted in the mini-museum is the crown of Charlemagne.

The crown is a symbol of how Holy Roman Emperor Charlemagne united Europe in religion and politics. Kurz is similarly using the Catholic Church to further Europe’s integration and bond.

By unifying church and state and uniting Eastern and Western Europe, Kurz is doing his part to resurrect the old Holy Roman Empire. The Bible prophesies of seven resurrections of that empire. Six have come and gone, and the seventh is now rising. Because of the bloody history of this empire, these developments should send shock waves throughout the world; instead, they are barely noticed.

Read Mr. Flurry’s article “The Holy Roman Empire Goes Public—Big Time!” to understand why these recent events in Europe should be scrutinized. In his article, Mr. Flurry explained that while the future of this church-state alliance is, in the short term, the worst news this world has ever heard, the greatest hope follows thereafter. That too is prophesied in the Bible.