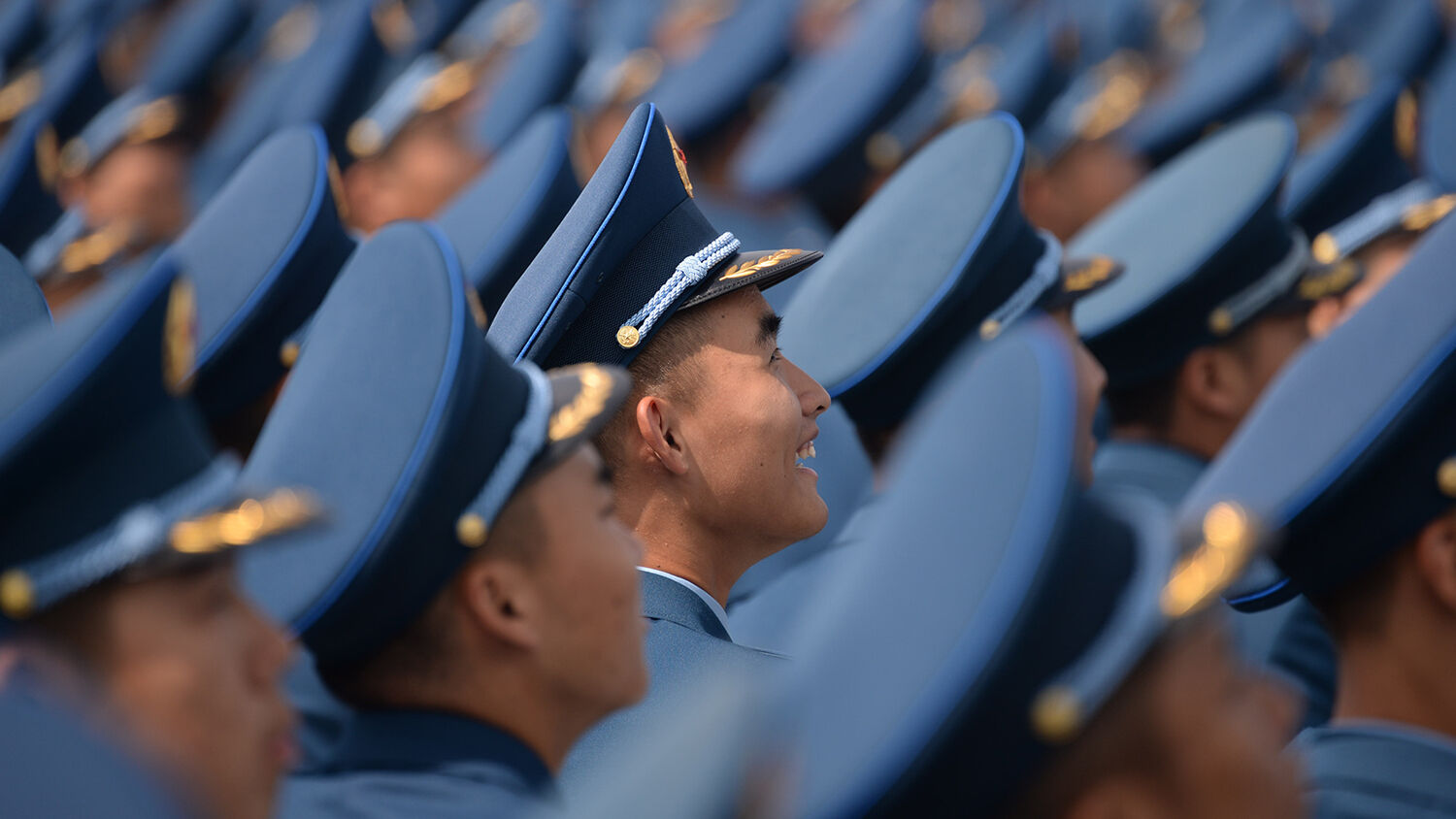 ‘Shockwaves throughout the U.S. military and the American defense industry’

“The trial flight will come soon,” military analyst Song Zhongping was quoted as saying. Song said the avionics systems and hydraulics of the revolutionary Hong-20 bombers have apparently passed inspections, which will let the project advance to the next phase of testing.

“The new generation of bombers can carry more bombs than previous H-6K bombers,” Song said earlier this year, adding that the new models “have the advantage of stealth features and are able to strike targets from standoff ranges.”

The Hong-20 (H-20) will boost China’s defensive and offensive capability and give China a “stronger nuclear and conventional deterrence,” he said.

The H-20 has been in development since the early 2000s, and military experts previously compared it to the United States B-2 stealth bomber. But in May, the state-run Aviation Industry Corp. of China released a video teaser believed to show the new aircraft beneath a sheet, and revealing that it may be more comparable to the U.S. Air Force’s more advanced B-21 Raider, which itself is still under development.

The H-20 is equipped to carry at least 10 tons of weaponry with a range of 5,000 miles, giving it considerable advantages over the People’s Liberation Army Air Force’s (plaaf) current H-6 bombers. The H-6 is a Chinese copy of Soviet-era Tu-16 Badgers, which were first flown in 1952.

The War Zone wrote on October 10:

By going straight from that aircraft [H-6 bomber] to the new stealth bomber, China will skip multiple generations of bomber concepts that have come in the interim. Carrying a full-load of CJ-10K air-launched cruise missiles, which can carry a conventional or nuclear warhead, the aircraft could give China an entirely new long-range strategic capability to deter potential opponents.

The bombers could “send shockwaves throughout the U.S. military and the American defense industry, which would move to develop new systems and tactics, techniques and procedures to counter the aircraft,” War Zone wrote. “[T]he bombers could also be critical tools for defending China’s territorial claims in the Pacific Region, especially in the South China Sea.”

The South China Sea is among the world’s most valuable and critical ocean regions. It contains an estimated 11 billion barrels of oil and 190 trillion cubic feet of natural gas. But more importantly, it is the route through which sails $5.3 trillion in trade, 30 percent of total global shipping.

Sections of the sea are claimed by Vietnam, Taiwan, Malaysia, Indonesia, the Philippines and Brunei. But China claims nearly the entire sea as its exclusive territory. In recent months, the Chinese have been growing more aggressive in their efforts to assert control over the area.

The most recent example came on September 30 when a Chinese warship sailed within 45 yards of an American destroyer as the U.S. ship was conducting a freedom of navigation operation near the disputed Spratly Island chain. The U.S. vessel was forced to change course to avoid a collision.

“Despite such reckless harassment, the United States Navy will continue to fly, sail and operate wherever international law allows and our national interests demand,” U.S. Vice President Mike Pence said in a speech four days after the incident. “We will not stand down.”

But as China accelerates its development, not just of stealth bombers, but also of rail-gun technology, nuclear submarines, hypersonic missiles and general naval capacity, it is fair to ask how long such U.S. determination will last.

As China’s military might continues to rapidly grow, its grip on the South China Sea will tighten. And other powers may be left little choice but to comply.

In May, U.S. Navy Adm. Philip Davidson said China is already “capable of controlling the South China Sea in all scenarios short of war with the United States.”

Would the war-weary U.S. be willing to go to war with China to prevent it from asserting full control over this trade route?

Trumpet editor in chief Gerald Flurry has said that China’s tightening grip on the South China Sea is “steering the world toward war.” In the July 2016 Trumpet issue, he wrote:

Since Japan’s defeat in World War ii, America has protected this vital trade route and brought peace to this part of the world. Now the American military is retreating, and other great powers are coming in to fill the vacuum. … China is intimidating the nations of Southeast Asia into submission to its will. It is forcing these countries to do what it wants. Everything is headed in the direction of war.

Mr. Flurry’s analysis of China’s behavior in this region is founded on Bible prophecy.

In Deuteronomy 28:52, God cautions the nations of Israel that if they reject His authority, He will give control over the world’s strategic sea-lanes and sea-gates to their enemies:

Mr. Flurry explained that this warning in Deuteronomy is not for ancient peoples. “It is a prophecy for the modern-day descendants of Israel,” he wrote. “Two nations in particular represent Israel in this end time: America and Britain. … This prophecy and several others show that He will send foreign enemies to punish America and Britain!”

China’s rapidly expanding military capacity shows how quickly this prophecy could be fulfilled in the South China Sea.

But Mr. Flurry explained that these disturbing trends are closely tied to the best imaginable news. “All this prophesied destruction is what it will take for God to reach this world!” he wrote. “After this, people will be ashamed—and they will get to know God! Ezekiel repeatedly talked about that inspiring conclusion (e.g. Ezekiel 6:7; 7:4; 11:10; 12:20; 13:9; 23:48-49; etc). Yes, there is a lot of bad news when you consider what it takes to get people to the point of knowing God. But ultimately, the outcome is spectacularly good news!”

To understand the details of these prophecies and the deep hope that is linked to them, request a free copy of Mr. Flurry’s book Ezekiel: The End-Time Prophet.