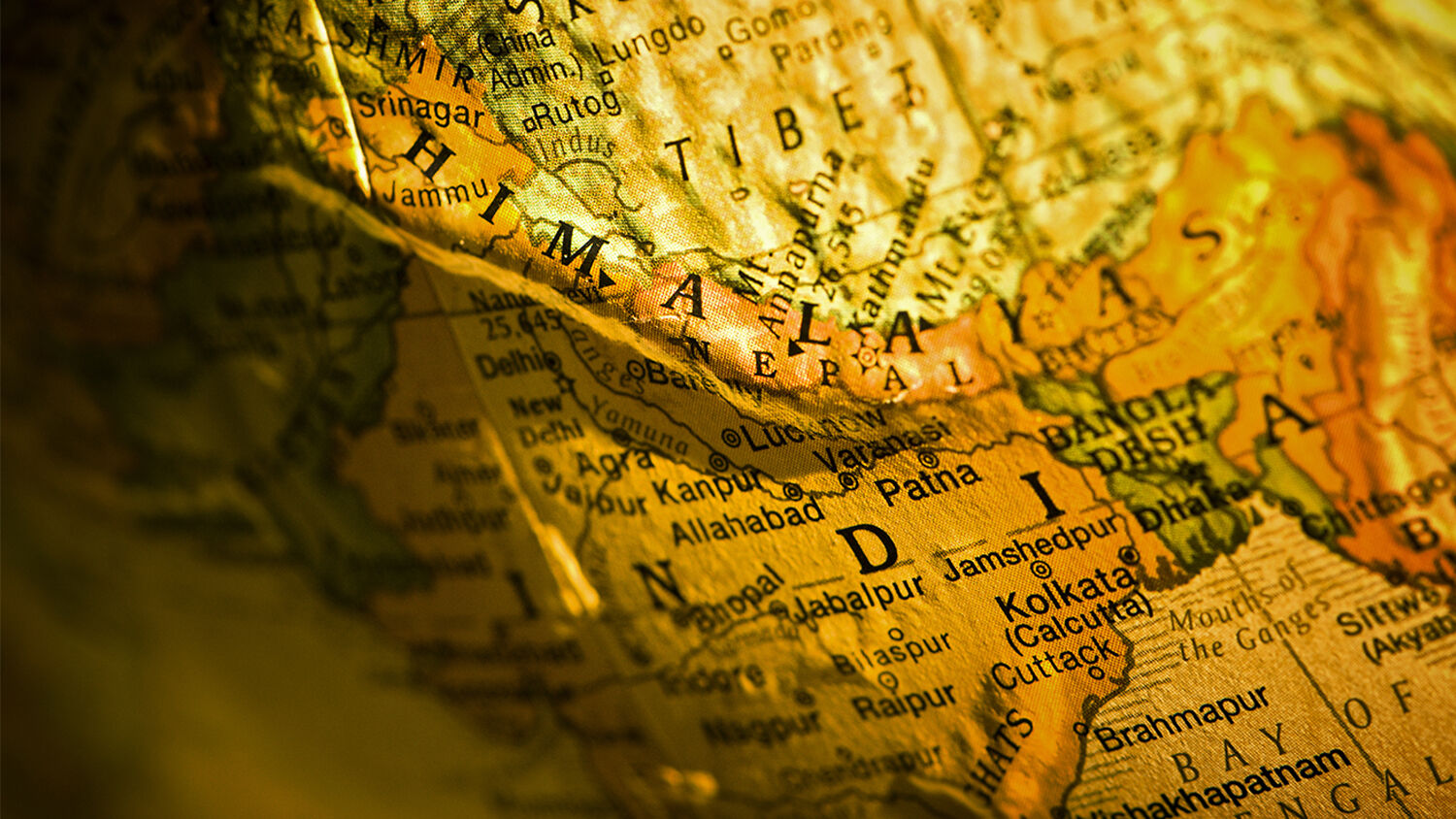 China hopes diplomatic efforts will neutralize India’s resistance to the Belt and Road Initiative, but it has a backup plan.

The Chinese military will test the world’s first electromagnetic surface-to-surface rail-gun rockets in Tibet, according to reports by the government-run Science and Technology Daily.

The program’s chief scientist, Han Junli, described the project as the first known of its kind, and told Science and Technology Daily last month that it has been progressing “with great breakthroughs.”

While conventional rockets usually only use explosive powder for the initial thrust, the electromagnetic rail gun also employs technology similar to that used by the catapult launchers that the United States and China are developing for their newest aircraft carriers. This “can give the rocket a very high initial speed on its launching stage,” Han said. This translates into a longer range. With an average elevation of 16,000 feet above sea level, Tibet is Earth’s highest region. Tibet’s high altitude means the thin atmosphere considerably reduces the air friction on such a weapon.

The South China Morning Post said such a range would enable the electromagnetic rail-gun rockets to “strike the heartland of India.” China and India share a border along Tibet, which has often been a flashpoint for Chinese-Indian tensions. In 1962, the two sides fought a brief war there, and last year, it was the location of a 73-day standoff between Chinese and Indian soldiers. If the rail-gun rockets turn out to be effective, the Chinese would be able to saturate targets in India with inexpensive but highly destructive rockets.

“Rockets are much cheaper than missiles, although less accurate. If they are mass-deployed, they can excel at saturation fire to create intensive destruction to a bigger range of area,” Zhou Chenming, a military expert based in Beijing, told the South China Morning Post.

Han told Science and Technology Daily that the extended range would render it unnecessary for China to move forward-deploy rockets to the front line of such a conflict, which is difficult and expensive in the Himalayas. The rail guns could instead be fired from a farther, more accessible distance. “It is like in boxing, the person who has longer arms and harder fists enjoys the advantage,” he said.

Analysts believe the tests are related to Chinese President Xi Jinping’s plans for the Belt and Road Initiative, a plan to build vast infrastructure linking China to the West. India has been hindering some key aspects of the project in recent years. Xi hopes to neutralize this resistance by entering agreements with India, such as the deal signed last month to increase military cooperation between China and India. But the Belt and Road Initiative is a core policy initiative for Xi: Leaders even wrote it into China’s Constitution earlier this year. Xi wants the Indian leadership to know that if diplomatic efforts to neutralize resistance to this core policy fail, China would be prepared to neutralize it with force. The new rail-gun rockets in Tibet could play a role in such a strategy, and the tests may be designed to signal such a possibility to India.

Trumpet editor in chief Gerald Flurry writes about China’s rise and its ultimate ambitions in his booklet Isaiah’s End-Time Vision. He explains that modern China’s ascension to power was forecast in Bible prophecy. “Mighty modern powers like … China had to be mentioned in end-time prophecy!” he writes. He elucidates passages in Revelation, Isaiah 23 and other Bible chapters to prove that Scripture foretold the trends that are now underway in China, including its increasing power and its increasing cooperation with Russia.

The Trumpet has maintained for decades that India will almost certainly join a biblically prophesied Asian bloc that will be led by Russia and China. The book of Revelation calls this group of Asiatic nations “the kings of the east” and says it will field an army of a staggering 200 million soldiers (Revelation 16:12; 9:16).

Ezekiel 38 provides more details about what will be the largest military force ever assembled on Earth. Verse 2 shows that it will be led by President Vladimir Putin’s Russia and that China—included in the area anciently called Magog—will be secondary in leadership.

In verse 5, India enters the picture. The King James Version says “Ethiopia and Libya” will be part of this massive Russia-led army. These two names should be translated “Cush” and “Phut,” as the Darby Bible, Young’s Literal Translation and other Bible translations correctly render them. Some portions of the peoples of Cush and Phut settled in Africa, but the remainder migrated to the Indian subcontinent. From the context, it is clear that these names in Ezekiel 38:5 refer not to the African branches of these peoples but mainly to the modern people of India.

In his booklet The Prophesied ‘Prince of Russia,’ Mr. Flurry addresses India’s role in this biblically prophesied Asian bloc: “This is significant because India has a population of 1.2 billion people—plus an advanced nuclear arsenal! When you put India and Japan together with Russia and China, it is easy to see how an army of 200 million soldiers could be formed.”

India has long had warm relations with Putin’s Russia. And now Xi Jinping is showing India that he is determined to normalize Chinese-Indian relations, whether with diplomacy or with threats of force, including with the new rail-gun rockets in Tibet. As U.S. power continues to decline, India may have little choice but to submit to these efforts and contribute its vast population and military power to the Russia-and-China-led bloc.

To understand more about India’s role in the end-time Asian axis that is now coalescing, request Mr. Flurry’s free booklets Isaiah’s End-Time Vision and The Prophesied ‘Prince of Russia.’