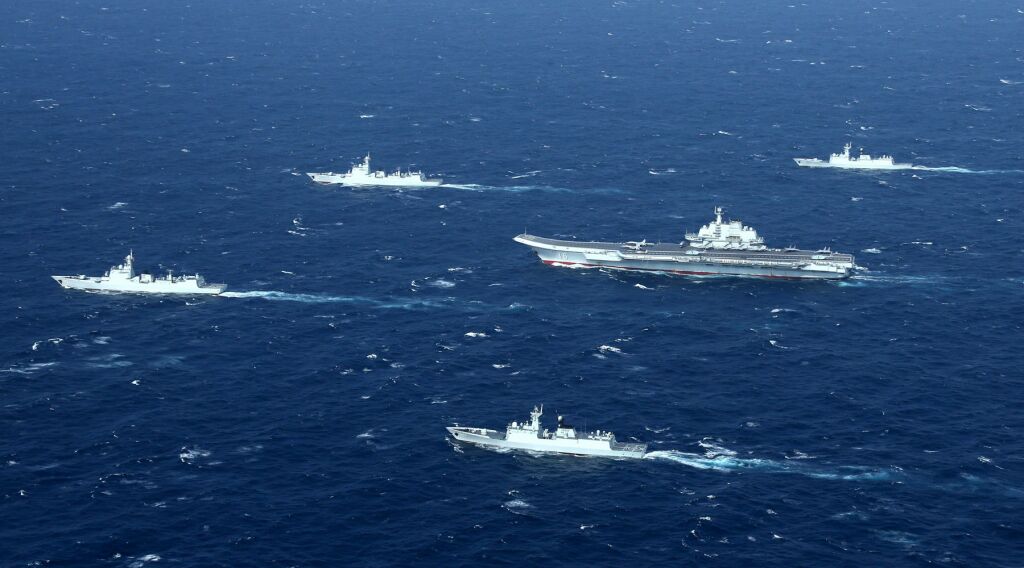 The United States military could be in “serious trouble” in a face-off against Chinese forces in the South China Sea, according to analyses published this week. China’s People’s Liberation Army (pla) is making massive gains in its development of two key areas of advanced weaponry: Nuclear submarines and hypersonic missiles.

Alongside these advances, the pla is demonstrating ever more willingness and resolve to use its military might. Analysts believe these factors could eventually tip the scales of a regional conflict in Beijing’s favor.

The Interest discussed the pla’s nuclear submarines on February 13, writing:

Is China’s new Type 093B nuclear-powered attack submarine on par with the U.S. Navy’s Improved Los Angeles-class boats? At least some U.S. naval analysts believe so and contend that the introduction of the new People’s Liberation Army Navy (plan) submarines is an indication of just how quickly Beijing is catching up to the West.

Former U.S. Navy Captain Jerry Hendrix, now a director at the Center for a New American Security, is among such analysts. “The 93B is analogous to our LA improved in quietness and their appearance demonstrates that China is learning quickly about how to build a modern fast attack boat,” he said.

The U.S. Navy has attack submarines such as the Virginia and Seawolf-class vessels that are more advanced than the Los-Angeles class. But budget constraints mean the LA will remain the mainstay of America’s submarine fleet for several more years.

Quantity is also relevant, as China’s submarine technology advances come at a time when the U.S. Navy has 52 attack submarines, with plans to reduce the number to 41 over the next decade. Meanwhile, China has at least 70 attack submarines, with programs in place to steadily expand the fleet. It is at the confluence of these factors that the possibility of Chinese parity enters the equation.

If the People’s Liberation Army Navy’s newest boats are able to match the capabilities of the U.S. Navy’s shrinking undersea fleet, Washington could be in serious trouble.[I]f Hendrix’s assessment is correct and future Chinese submarines are only slightly less capable than the Virginia or Seawolf-class vessels, the Navy could be in trouble. The technological edge the U.S. Navy—which is already woefully short on attack boats—is counting on might not be sufficient to counter Chinese numerical superiority.

Also on February 13, the Scout Warrior military analysis firm asked if China is already “in front of the U.S. in developing hypersonic weapons.” The article discusses China’s recent claims of having successfully tested a hypersonic weapon, saying the development “caused concern among Pentagon leaders and threat analysts.”

The U.S. Air Force expects to have usable hypersonic weapons by “sometime in the 2020s,” the Warrior noted. If China’s claims of having already conducted a successful test are true, this could represent a considerable lag in U.S. progress relative to China’s, and in a vital military realm.

The Scout Warrior explained the specific reasons why this apparent lag is such a cause of concern:

[S]hould China possess long-range, high-speed hypersonic weapons, it could dramatically impact circumstances known in Pentagon circles and anti-access/area denial. This phenomenon, referred to at A2/AD, involves instances wherein potential adversaries use long-range sensors and precision weaponry to deny the U.S. any ability to operate in the vicinity of some strategically significant areas such as closer to an enemy coastline. Hypersonic weapons could hold slower-moving Navy aircraft carriers at much greater risk, for example.

Meanwhile, the International Institute for Strategic Studies report released on February 14 said experts have recorded “real and important” increases in the pla’s activity at sea, and in air and missile forces. Chinese weapons technology is at “near-parity” with Western powers, the London-based think tank said. Given the advances of the pla, Western dominance “can no longer be taken for granted,” said John Chipman, director of the International Institute for Strategic Studies.

In July 2016, before China’s recent advances in nuclear submarines, hypersonic missile and other avenues were nearly as apparent, Trumpet editor in chief Gerald Flurry said China’s increasingly militaristic direction, especially in the South China Sea, is “steering the world toward war,” writing:

Now that U.S. military presence in the area has been drastically reduced, China is claiming the entire South China Sea as its own!America’s enemies are securing shipping lanes and creating economic alliances that will very soon enable them to choke off America’s supply lines. … Everything is headed in the direction of war.

China’s military advancements are of great geostrategic significance, with implications for people of all nations. To understand why these developments mean “everything is headed in the direction of war,” read Mr. Flurry’s article “China Is Steering the World Toward War.”