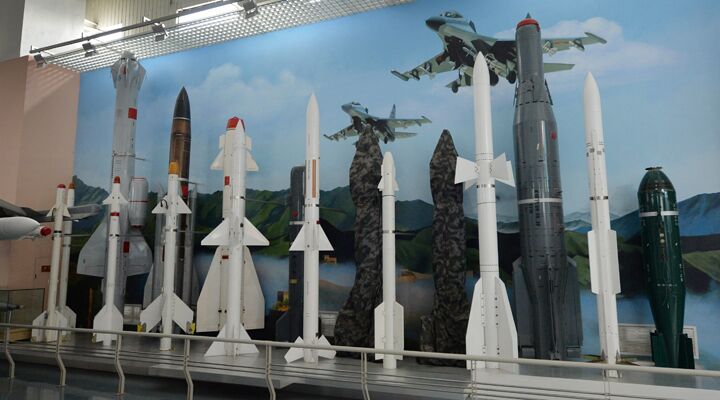 America is no longer the only power potentially capable of piercing missile defense shields with nuclear-armed rockets.

For a missile to be considered hypersonic, it must travel between Mach 5 and Mach 10, which is 3,840 to 7,680 miles per hour. To understand how insanely fast that is, compare it to modern cruise missiles, which travel about 600 miles per hour.

Reports have long shown that Russia, India and China have been trying to develop hypersonic missile capability, but for years, the United States was the only power that had successfully tested the technology.

That changed on January 9 when China conducted a successful test flight of a hypersonic missile system. The U.S. military detected the vehicle flying over China at 10 times the speed of sound, and some say it may be capable of delivering nuclear warheads at speeds too fast for any existing defense systems to block them.

“It makes China the second country after the U.S. to have successfully tested a hypersonic delivery vehicle capable of carrying nuclear warheads at a speed above Mach 10,” Stephen Chen wrote for the South China Morning Post. “Such a weapon has long been seen as a game-changer by security experts as it can hit a target before any of the existing missile defense systems can react.”

Though few details have been released about China’s test and how it compares to America’s military innovations, three members of the U.S. Congress have said that it means the Chinese “appear to be leaping ahead of [the United States]” in the realm of military technology development. Howard McKeon, Randy Forbes and Mike Rogers—all members of the House Armed Services Committee—issued a joint statement expressing their concerns over the implications of the test, in light of the U.S.’s deprioritization of military power:

While round after round of defense cuts have knocked America’s technological advantage on its back, the Chinese and other competitor nations push toward military parity with the United States; in some cases, as in this one, they appear to be leaping ahead of us. … We have dithered for three decades now, delaying badly needed replacement equipment for our troops, relying on hardware that was built during the Reagan years.

Meanwhile, a report published this week shows that China is developing its air power faster than any other nation on the globe, due largely to its special mission military aircraft and its newest jet fighters. China is also currently developing the world’s largest amphibious plane, and is set to become the world’s number one missile producer this year.

The hypersonic missile test and these other developments represent significant leaps forward in Beijing’s overall military might. These trends are part of a tectonic geopolitical shift now underway. As those congressmen pointed out, the U.S. is “dithering” in some key security areas. America is rapidly succumbing to its moral and economic diseases, and is striving to appease the growing chorus of voices calling for an end to the U.S.’s “policing” of the world.

Bible prophecy confirms that the time will soon be here when the U.S. will be removed from the picture and China and other Asian nations will rise up powerfully. Scripture makes plain that rather than go it alone, several Asian juggernauts will pool their resources, consolidate their power and form a military force of proportions the world has never seen.

Revelation 9:16 shows that the combined armies of these “kings of the east” will number a jaw-dropping 200 million soldiers. The jaw drops even further when we consider how many people were on the planet in a.d.  90 when God inspired the Apostle John to record that prophecy (Revelation 1:1). Population estimates calculated by author John Tanton show that at that time there would have been only a little over 150 million total people alive. That is convincing evidence that this prophecy came from the mind of an Almighty God who truly is able to foretell the future (e.g. Isaiah 55:11)—and that it is for our day!

China’s military rise, and other trends that we now see quickly gathering momentum were prophesied to happen some 2,000 years ago, and the fact that we are alive to see them unfolding should stir us to work to understand where it is heading!

To begin or to continue that rewarding labor, carefully read Russia and China in Prophecy.