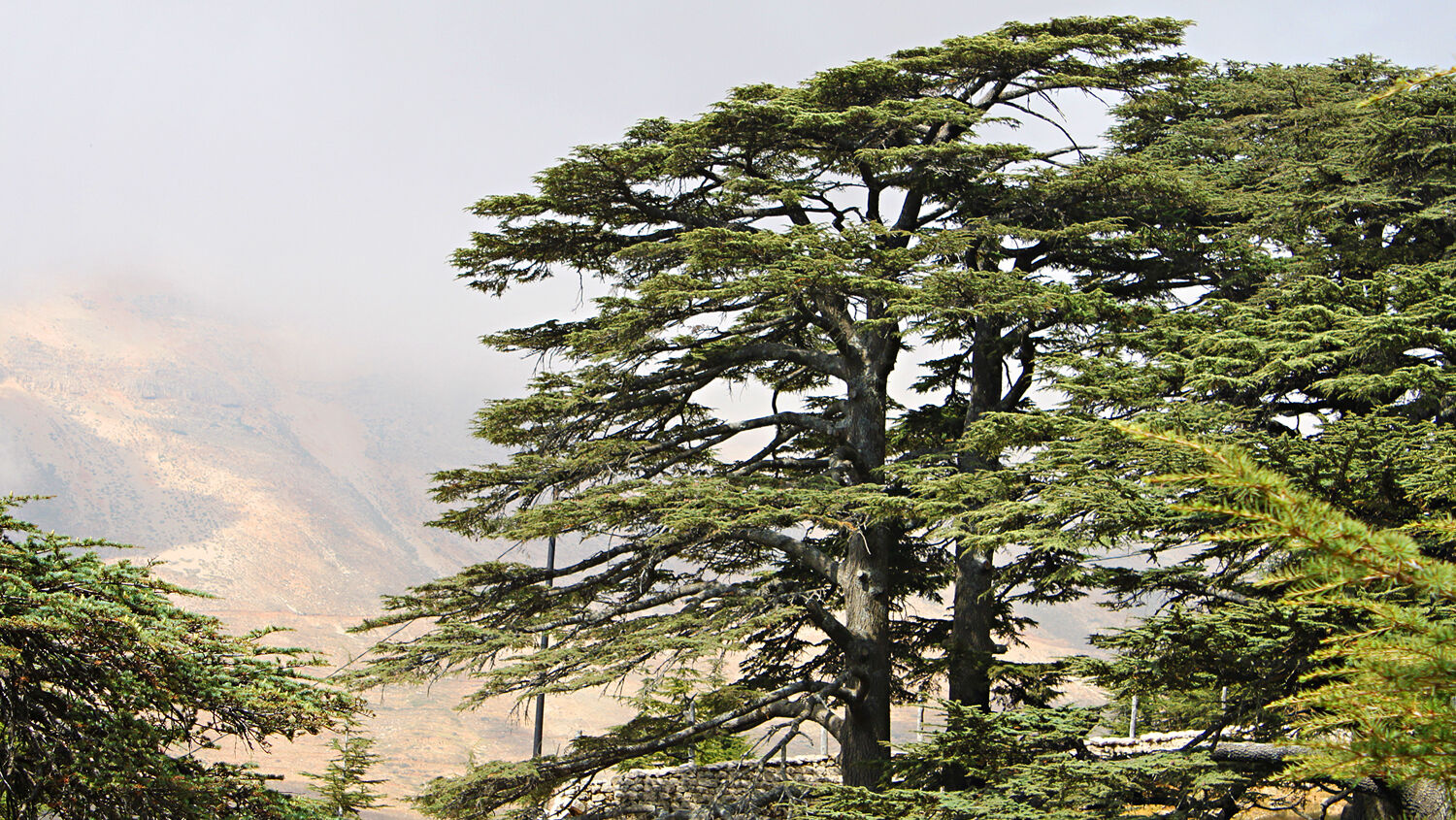 The terrorist group is now using the facade of ‘environmentalism’ as its latest tool for war.

It’s an emerging member of the “go-green” movement, but it isn’t your typical conservation group. Instead, it is the Lebanese terrorist group Hezbollah.

Hezbollah leader Hassan Nasrallah has led the way in urging his fellow Lebanese to combat the deforestation of Lebanon. Back in 2010, he gave a special address and planted a tree, admonishing his countrymen to do the same. This was part of a campaign by Hezbollah’s Construction Jihad wing to plant 1 million trees.

Seem like a noble goal? Obviously, for such an idea to have come from a manipulative murderer such as Nasrallah and his Hezbollah cronies, there must be more than meets the eye. And there is.

Nasrallah declared that reforestation of Lebanon was a matter of national security. The newly planted trees were intended to bolster Lebanon’s—and thus Hezbollah’s—natural defenses, particularly against retribution from Hezbollah’s chief target, Israel.

Last week, Israel lodged a formal complaint to the United Nations against Hezbollah’s newfound “environmentalism.” Hezbollah hasn’t just been planting trees for defense. Israel released photos and video showing that Hezbollah was setting up observation posts along the Lebanese/Israeli Blue Line under the guise of an environmental group named “Green Without Borders.” According to the Israel Defense Forces (idf), Hezbollah has been carrying out activities at these towers since at least April. Thus far, it is believed Hezbollah uses the towers for for border reconnaissance.

Israel has taken the matter to the UN Security Council (unsc), stating that the actions are in breach of unsc resolutions against armed groups in Lebanon. Israeli Ambassador to the UN Danny Danon called for the dismantling of these observation posts and prevention of future activity conducted by Hezbollah and affiliates near the Blue Line. While the UN is famously anti-Israel, one might expect that in this case, it might side with the Jewish state—especially considering one of its own patrols was denied access to a Green Without Borders outpost by locals.

Instead, the unsc kept to tradition and rejected Israel’s bid. The unsc claimed there was no violation of resolutions and that for the past two years the United Nations Interim Force in Lebanon (unifil)—the UN team on the ground in Lebanon—has observed Green Without Borders faithfully planting trees, as per its stated objective.

And so now swathes of Lebanese territory covered by newly planted saplings have been named “nature reserves.” There’s a pretty good chance these will become “no-go” military zones—the kind of environment that Hezbollah thrives in. unifil seems happy that nothing wayward is going on under its watch. But there is also more to unifil than meets the eye. Reports have emerged of unifil essentially aiding and abetting Hezbollah—alongside simply turning a blind eye.

As Research Fellow Tony Badran wrote for Foundation for Defense of Democracies:

Some might recall that the initial [tunnels and bunkers of Hezbollah] were built under the nose of unifil between 2000 and 2006. “We never saw them build anything,” a unifil officer told a reporter in 2011. And, of course, that’s the point. unifil sees nothing and hears nothing, even as Hezbollah organizes tours chaperoned by the laf [Lebanese Armed Forces], parades armed members for photo ops, and has increased its stockpiles several times over since 2006. Rather, it insists that all is well; that “new roots of peace” are starting to take hold. By definition, that’s what unifil will naturally say. Otherwise, it will be called upon to do something—its job—which, of course, is an impossible fantasy.

Gone are the days when Lebanon’s ancient ruler gave, as a sign of friendship, cedars of Lebanon to Israel’s King Solomon to use in building the temple. Now, even the trees in Lebanon are being used against Israel, with a thinly veiled “environmentalist” disguise. Only thinly veiled because, as the leader of Green Without Borders himself stated, “We remain loyal without limits to our resistance and our natural and environmental wealth, which is our green garment and the impervious resistant fortress.”

The construction of observation posts and planting of trees are all part-and-parcel of Hezbollah’s preparations for the next round of conflict with Israel. The terrorist group has amassed over 150,000 rockets and missiles. Many thousands of these can hit targets anywhere in Israel. Added to that, the Lebanese Army has agreed to side with Hezbollah in the event of war against the Jewish state. According to Israeli Lt.-Col. Sarit Zehavi (Res.), “The next war will be pretty bloody for both sides. Israel will evacuate its population and I suggest the Lebanese do the same.”

The coming war is more a matter of when than if. All it would take is a quick call from Hezbollah’s puppetmaster, Iran, for the region to descend into chaos. Iran is the real regional power here, freely wielding proxies such as Hezbollah. Hezbollah has even admitted that it must wait for approval from Tehran’s ayatollahs before conducting acts of violence.

The Trumpet has forecast, and continues to track, Iran’s burgeoning power throughout the Middle East. But as far as Lebanon is concerned, we predict another, different outlook.

Iran will not wield power over the nation for long. Lebanon will instead become puppet to a new European alliance, led by Germany. Moves are starting to be made in this direction already. This alliance though, unfortunately, will be no friendlier to Israel than the current Iranian-Hezbollah one. For more detail on this subject, and a broader look at how Middle Eastern alliances are going to develop, see our September 2012 issue of the Trumpet magazine. It also explains how we forecast these geopolitical conclusions.