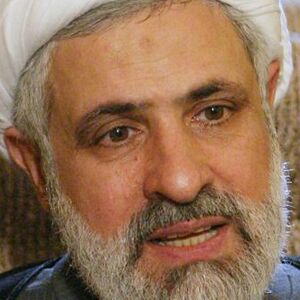 A Hezbollah official admitted on Iranian television that his organization receives approval for its terrorist attacks from spiritual leaders in Iran.

The Israeli Ministry of Foreign Affairs (imfa) released excerpts of the interview, translated from the original Arabic. Kassem stated,

The religious doctrine which dictates Hezbollah’s actions in general and those relating to the Jihad in particular, is based on the rulings of the spiritual leader in Tehran. The spiritual leader has the power to permit our actions, and the spiritual leader can forbid them.In order to know what is permitted and forbidden regarding the Jihad, we ask for and receive overall permission and only then do we carry out the operation.Even with regard to the suicide bombings, no one is allowed to kill himself without religious authorization.Even the rocket attacks on Israel, against the civilian population [August 2006] … in order to apply pressure, even this required overall religious authorization.

That last statment, while it comes as no shock, has enormous implications. Iran, of course, denied any involvement with last summer’s Hezbollah-Israel war, a clear lie. Nevertheless, the lie was officially accepted by American, European and Israeli governments which chose to leave Iran out and confront Hezbollah as an independent entity. (Some officials, including President Bush, did complain about Iran’s involvement but did nothing about it.) Kassem’s statement reveals the truth: that it was in fact an Iranian war against Israel, waged via its Lebanon proxy as a means of maintaining (barely) plausible deniability regarding its own involvement. The ruse worked, simply because no Western government actually wants to fight Iran.

The imfa report drew the obvious conclusion, “After Iranian President Mahmoud Ahmadinejad’s widely publicized denial of the Holocaust, his declared intention to annihilate Israel, and his declarations regarding Iran’s nuclear ambitions, these newest revelations leave little doubt that Ahmadinejad and his cleric regime are purposely pursuing a policy by which Tehran hopes to engulf the region in Jihadist violence.”

Again, Kassem’s statements come as no shock, though they do represent a break from Hezbollah’s typical efforts to avoid implicating Iran. Considering that this information has long been known, we expect that Israel, the U.S., and, for the time being, even Europe will continue to play the game of treating Hezbollah as a separate entity rather than responding to its actions as what they truly are: expressions, often violent, of Iranian foreign policy.