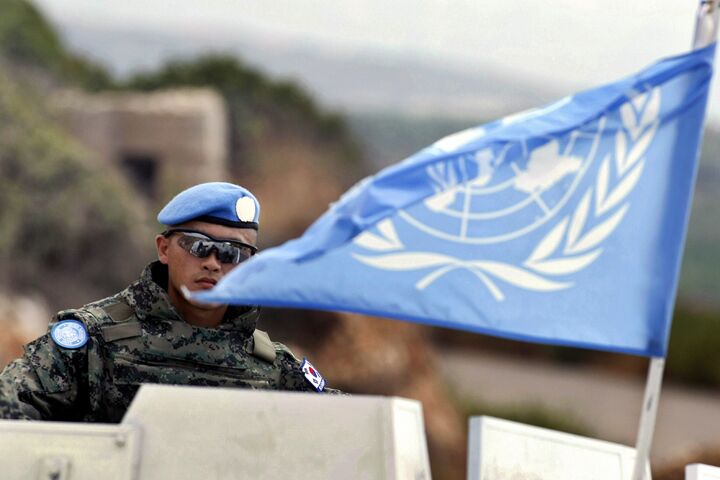 As Iran conquers Lebanon, the United Nations lacks the will to resist aiding the terrorists.

Now that Hezbollah has taken over Lebanon, the United Nations seems to be doing all it can to avoid inconveniencing the terrorist organization. Rather than taking a stand against the forces that have transformed the country into an Iranian proxy, the United Nations Interim Force in Lebanon (unifil) is increasing its cooperation with the new government, sources say.

Israel is concerned that despite the unifil peacekeepers in southern Lebanon, and in contradiction to UN Security Council Resolution 1701, thousands of rockets have been smuggled south of the Litani River, according to the officials. Jerusalem has also recently complained that unifil was failing to report illegal Hezbollah activity in southern Lebanon so as to avoid a confrontation with the group.

Other sources report that unifil commanders have stopped patrols near Shiite villages and have established coordinated checkpoints with local Hezbollah agents.

One Lebanese security official said, “unifil used to coordinate with the Lebanese Army, but now that is only for show. unifil keeps Hezbollah informed of its movements at practically all times. There is no stomach for any misunderstanding that could lead to a confrontation.”

Anti-Hezbollah Shiite cleric Ali Al Amin said, “I will tell you what unifil troops in southern Lebanon are. They are tourists—simple, faint-hearted and ignorant tourists. … Everyone knows that the national army is too weak to take Hezbollah on, and unifil forces pretend not to see anything. Hezbollah has built its own cable telephone system and is getting re-armed right outside [unifil] bases. Can they really do nothing to stop it? Can’t they report it?”

As Iran establishes a terrorist proxy state on Israel’s northern border, the United Nations not only lacks the will to do anything about it, it also lacks the will to report it. It is instead aiding the terrorists. The lack of strong, God-fearing leaders on the world scene is going to ensure that Israel will become completely encircled by hostile, terrorist regimes.

For more information on the consequences of Lebanon’s fall, read “Iran Conquered Lebanon, Now What?”