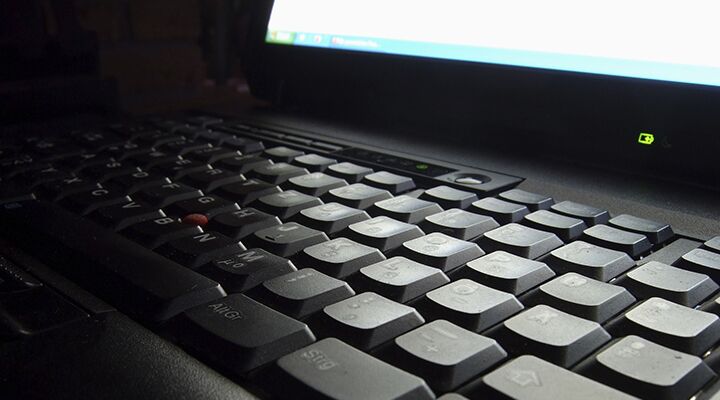 Economic and military spycraft is shifting the international balance of power.

The United States is being burgled. While Uncle Sam does all he can to board up his home and set the alarm, thieves continue to break in and help themselves to his merchandise. Military and industrial secrets are being hefted at an alarming scale. Thoughts, ideas and identities are also being snatched up in the process.

Art of the Steal

Of course, the thieves aren’t hefting fighter jets in duffel bags or breaking into company offices to snatch paperwork. The thieves are using what continues to prove itself as America’s unlocked door: the cyberworld. And while the cyberdoor swings wide for many thieves, the most consistent burglars are the Chinese.

It doesn’t have to be government websites. Some of the most lucrative steals are made by targeting companies and subcontractors.
Hacking is routine across the Pacific. While President Barack Obama was quick to call out the North Koreans for breaking into Sony’s e-mails, Chinese fingerprints are often traced in hacks that cost America billions upon billions of dollars in damages and stolen technology and information.

Reports have been released on China’s cyberespionage, revealing a veritable army of hackers that puts the North Koreans to shame. In one report, over 20 groups were tracked, ranging from a dozen to multiple thousands of hackers per group. These groups even compete with one another for the favor of the Chinese Ministry of State Secrecy. It is from this shady government branch that assignments and targets are allocated, often with multiple groups targeting the one corporation.

And it’s not only government websites targeted. Some of the most lucrative steals are made by targeting companies and subcontractors. A manufacturer or design company is far less prepared for a breach than a government organization. The Department of Defense can protect itself, but what about the companies it uses build and design its weapons? By the time many companies realize they have been robbed of information, the thieves are long gone.

The size and scope of China’s thieving is almost as staggering as the bounty itself. For years the Chinese have carried out cyberattacks aimed at stealing United States’ secrets. In 2013, two dozen major weapons systems were stolen in a single attack. The Trumpet wrote about this event, one of the largest breaches in American military history.

According to reports leaked by Edward Snowden, the Chinese have information on the B-2 Stealth Bomber, the F-22 Raptor, nuclear submarines and missile systems.

Even the identities of U.S. soldiers are stolen. China has tens of thousands of records on U.S. military personnel. China not only steals the weapons’ plans, it can steal or attack even those who operate them!

The designs of an advanced Patriot missile system, an antiballistic missile defense system, and the Navy’s Aegis ballistic missile defense system all fell into Chinese hands.
China’s rapidly growing navy may not be nearly as advanced as that of the United States, but its growth has largely come at America’s expense. Plans for the U.S. Navy’s latest littoral combat ships have fallen into Chinese hands. As a result, ensuing Chinese combat ships will likely experience significant upgrades—a great advantage for China in its territorial disputes in and around the South China Sea.

These missile systems are the first line of defense against the bristling missile systems already established in nations such as China, Russia and Iran. And now China has the blueprints to that shield. They know its strengths—and its vulnerabilities.

In 2007, China got away with the most expensive weapons technology heist in human history: the design for the F-35 Joint Strike Fighter. Estimated to cost the U.S. $1.4 trillion to design and manufacture, the F-35 was supposed to cement U.S. air dominance.

And it only cost China the wages of a few hackers to get the designs that took America years to create.

In 2007, China got away with an estimated $1.4 trillion weapons technology heist: the F-35 Joint Strike Fighter, which was supposed to cement U.S. air dominance.
China’s new model fighter jets are looking awfully similar to the new F-35. China’s Chengdu J-20 and Shenyang J-31 are textbook examples of Chinese-made, American-influenced weaponry. These thefts undermine America’s military superiority and compromise the security of any nation within China’s considerable sphere of influence. Australia, for instance, plans to buy 72 F-35s. What Prime Minister Tony Abbott has called “a vital contribution to our national security” could now become a vital contribution to Chinese efforts to establish itself as the dominant power bloc in the East and threaten the military might of the West.

The scope widens still. Even in the Middle East, China’s hackers can be found with their hands on other nations’ property. The plans for Israel’s Iron Dome system—its means of protecting itself from missile barrages—have been captured by China. The Chinese are gathering information and technology from all over the globe. These items are not just being fenced to the highest bidder; China is using what it takes.

Making the Most of Hot Property

There are abundant examples of China building weapons that hold a startling similarity to U.S. technologies. Just take a look at the most modern planes on the Chinese tarmacs or ships in the docks. They all have the hallmarks of stolen ideas. But that isn’t the most concerning issue.

Consider the advanced targeting systems of the F-35. China is no doubt just as interested in working out how to sidestep that system as it is in developing the same. What about the missile defenses of the United States? Surely China doesn’t just want the same technology. Beijing would want systems capable of getting past such barriers.

We cannot expect China to merely take advantage of the strengths it finds in U.S. weaponry. We must also consider the likelihood that China is finding ways to exploit the weaknesses.
The Chinese are clearly using what they take. Every stolen secret will be leveraged to China’s gain. Yes, all nations spy on one another. But what we see from China is not the same as, say, the U.S. spying on China.

The U.S. is militarily superior. It has little to gain in technological advancements. Its spying is more to understand what China is doing. China does the same to the United States, but it also learns from the U.S. China piggybacks on American advancements, seizing technology through espionage at a fraction of the cost it takes America to develop in the first place.

Where the Cyberthreat Is Leading

It is only a matter of time before these constant attacks are felt outside of the affected corporations and industries that are targeted. China—empowered with U.S. weaponry—constitutes a major threat to the Western world. Yet few accept or acknowledge the hits being made on the cyberbattlefield and their dramatic correlation to a coming physical battlefield!

Trumpet editor in chief Gerald Flurry has warned of the U.S.’s cybervulnerability for many years. In May 2005, he wrote:

I believe one key end-time Bible prophecy could well be fulfilled through … cyberterrorism …. “They have blown the trumpet, even to make all ready; but none goeth to the battle: for my wrath is upon all the multitude thereof” (Ezekiel 7:14). The trumpet of war is to be blown in Israel—mainly America and Britain. … It seems everybody is expecting our people to go into battle, but the greatest tragedy imaginable occurs! Nobody goes to battle—even though the trumpet is blown! Will it be because of computer terrorism?

Hacking is itself a declaration of war and can bring deadly results. But the acquisition of plans for advanced weaponry increases the threat posed by enemies of the West.

For more on where the cyberwar is heading, be sure to read “U.S. Vulnerable to Cyber Pearl Harbor.”