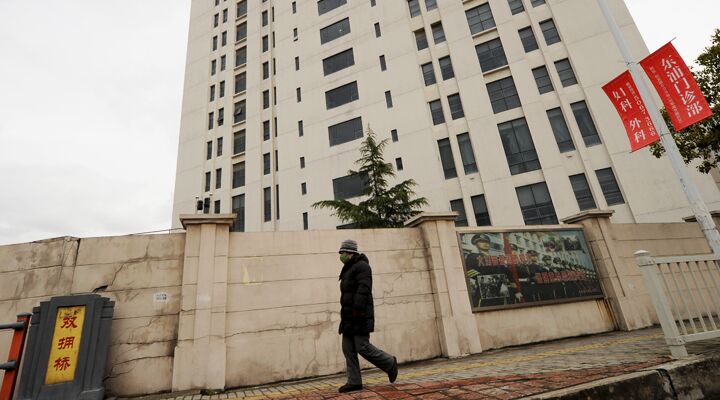 In light of this staggering evidence, will the United States finally stand up against these acts of war?

A shadowy branch of the Chinese military is one of the world’s “most prolific cyberespionage groups,” according to a report released Tuesday by a leading computer security company.

The report by Virginia-based Mandiant is significant because, before its publication, public evidence proving that the Chinese government sponsors the torrent of cyberattacks originating in China was in short supply. The document’s 60 pages are mostly about investigations Mandiant has conducted on a group of hackers it calls Advanced Persistent Threat 1 (apt1).

Despite Beijing’s persistent claims to the contrary, apt1 is not a group of rogue Chinese hackers.

“Our analysis has led us to conclude that apt1 is likely government-sponsored,” the report says. It goes on to pinpoint the Chinese military as the branch of the government sponsoring the espionage.

“[O]ur research found that People’s Liberation Army (pla) Unit 61398 is similar to apt1 in its mission, capabilities, and resources. pla Unit 61398 is also located in precisely the same area from which apt1 activity appears to originate. … [T]he totality of evidence” reveals that “apt1 is Unit 61398,” the report summarized.

(Unit 61398 is located inside a building on the outskirts of Shanghai that the Trumpet was able to locate on Google maps.)

With a degree of sarcasm, the authors explain the only other possible explanation for their findings:

Unit 61398 is very seldom mentioned in China’s official descriptions of its military, but Mandiant’s findings reveal that it is perhaps the pla’s most effective and destructive unit.

The day after the report was released, the Obama administration announced a new effort to fight the growing theft of American trade secrets. Yet, the statement made no mention of China, the Chinese military or the threat posed to U.S. military and infrastructure.

Washington’s refusal to confront China’s assault in any meaningful way has worried some American leaders. “If the Chinese government flew planes into our airspace, our planes would escort them away. If it happened two, three or four times, the president would be on the phone and there would be threats of retaliation,” said Shawn Henry, former fbi executive assistant director. “This is happening thousands of times a day.”

Cyberattacks—which the U.S. officially labels “acts of war”—are happening thousands of times a day, and mountains of evidence shows that China’s military is behind many of the most destructive and persistent ones. The U.S. is bleeding military secrets, technological information, corporate strategies and billions of dollars. Evidence suggests that America has already suffered trial attacks on its vital infrastructure. Yet, U.S. leaders address Beijing’s brazen ongoing assaults only in the most indirect and toothless terms. They do absolutely nothing to retaliate against the attacks.

One unnamed intelligence official said “huge diplomatic sensitivities” were the cause of Washington’s reluctance to take any action against China.

Many of these “sensitivities” link to the fact that China is the U.S.’s biggest creditor. A staggering number of American politicians and entrepreneurs prioritize profit over patriotism. Chinese policymakers recognize that, under President Obama, the U.S. does not have any stomach for confrontation. So they continue these “acts of war” against America without fear of retaliation.

Trumpet editor in chief Gerald Flurry has warned of the U.S.’s cyber vulnerability for many years. In May 2005, he wrote:

I believe one key end-time Bible prophecy could well be fulfilled through … cyberterrorism … ‘they have blown the trumpet, even to make all ready; but none goeth to the battle: for my wrath is upon all the multitude thereof’ (Ezekiel 7:14). The trumpet of war is to be blown in Israel—mainly America and Britain. It seems everybody is expecting our people to go into battle, but the greatest tragedy imaginable occurs! Nobody goes to battle—even though the trumpet is blown! Will it be because of computer terrorism?

The Chinese government’s relentless cyber assaults against the U.S. are now public knowledge. The whole world can hear the shrill blasts of the trumpet of war. By refusing to take action to stop the attacks, America is showing the world that its will to use its power is broken.