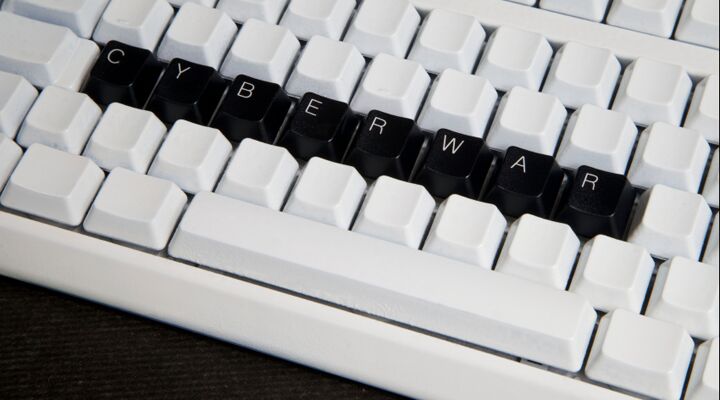 The list of dangers creeping up on America is long and scary. Here’s one that few seem to be paying much attention to.

Being an American used to be fun, easy and safe. Not anymore. Today every American faces danger and uncertainty on every side: The nation’s debt (public and private) is fatally high, millions upon millions are out of work, the cost of living is ever rising, racial and social tensions are intensifying. Meanwhile, much of the rest of the world, including powerful players like China, Russia, Iran, al Qaeda and its radical Islamist allies, resent and even despise the U.S. and are actively working to bring it down.

And these are only the dangers American’s are somewhat cognizant of. There is a whole host of other fatal threats, ones we don’t often read about or see on cnn.

Speaking to business leaders in New York City last Thursday, Leon Panetta, the U.S. Secretary of Defense, delivered a dramatic warning about one of the less publicized dangers creeping up on America: Cyberwarfare.

During his speech Mr. Panetta drew attention to some recent cyberattacks on U.S. financial institutions. The tactics used by the attackers weren’t new, he explained, but “the scale and speed with which it happened was unprecedented” (emphasis added throughout). The potential for cyberattacks to inflict damage on a large scale is quickly increasing, he explained, and a “cyberattack perpetrated by nation states or violent extremists groups could be as destructive as the terrorist attack on 9/11.”

Mr. Panetta described a recent cyber assault on a Saudi Arabian state-run oil company that destroyed 30,000 computers. A few days later a similarly destructive and expensive attack occurred against RasGas, an Qatar-based energy company. “Imagine the impact an attack like that would have on your company or your business,” he said.

But the threat posed to U.S. businesses and institutions and the people they serve is only half the story.

Panetta continued: “We know that foreign cyber actors are probing America’s critical infrastructure networks. They are targeting the computer control systems that operate chemical, electricity and water plants and those that guide transportation throughout this country. We know of specific instances where intruders have successfully gained access to these control systems. We also know that they are seeking to create advanced tools to attack these systems and cause panic and destruction and even the loss of life.”

Remember, this is the U.S. Secretary of Defense.

Mr. Panetta then delivered a script that would make Steven Spielberg salivate:

Let me explain how this could unfold. An aggressor nation or extremist group could use these kinds of cyber tools to gain control of critical switches. They could, for example, derail passenger trains or even more dangerous, derail trains loaded with lethal chemicals.They could contaminate the water supply in major cities or shut down the power grid across large parts of the country.The most destructive scenarios involve cyber actors launching several attacks on our critical infrastructure at one time, in combination with a physical attack on our country. Attackers could also seek to disable or degrade critical military systems and communication networks.

It’s an incredible scenario, one that almost seems fanciful: For the first time in history, computer geeks have the means—if not the motive—to inflict catastrophic damage on an entire nation!

Mr. Panetta concluded his scenario with a stark and dramatic warning, one that hasn’t received nearly the attention it commands:

The collective result of these kinds of attacks could be a cyber Pearl Harbor; an attack that would cause physical destruction and the loss of life. In fact, it would paralyze and shock the nation and create a new, profound sense of vulnerability.

The Trumpet has for many years forecast the end-time downfall and destruction of the United States, Britain and the Commonwealth nations. Bible prophecy shows that these nations will be brought down by a combination of destructive forces including financial collapse, drought, famine, disease, social unrest and war, and foreign invasion. We should also add cyberwarfare to that list. As early as 1995, Trumpet editor in chief warned that “Computer dependence is the Western world’s Achilles heel, and within a few years this weakness could be tested to the full.”

Mr. Flurry based that forecast on a prophecy in Ezekiel 7:1-2, 14: “Moreover the word of the Lord came unto me, saying, also, thou son of man, thus saith the Lord God unto the land of Israel; An end, the end is come upon the four corners of the land. … They have blown the trumpet, even to make all ready; but none goeth to the battle: for my wrath is upon all the multitude thereof.” Notice, as nation-threatening dangers pile up and the call to arms goes out, “none goeth to battle.”

Is that because America experiences a massive cyberattack? An attack so deadly it destroys vital U.S. infrastructure, making it impossible to muster the military and sustain trade and commerce, and ultimately thrusting the nation into chaos and anarchy? Twenty years ago such a scenario would have been surreal, impossible, the plot line of an epic science fiction movie. Yet here we are in 2012 listening to America’s secretary of defense speak seriously and candidly about the potential of a catastrophic cyberattack on the United States.

Gone are the days when it was fun and easy being American.