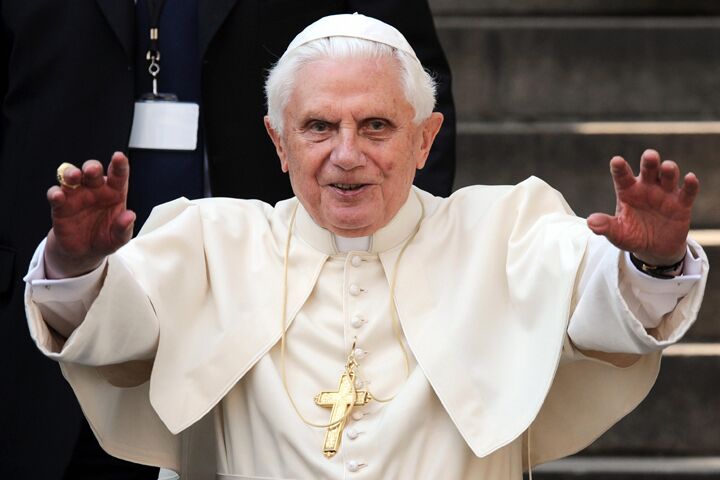 Anglicans will now be welcomed back into the Catholic fold.

“Protestantism will be absorbed into the ‘mother’ church—and totally abolished,” wrote Herbert W. Armstrong—the founder of the Trumpet’s predecessor, the Plain Truth—48 years ago. The Vatican unveiled plans to do just that, on Tuesday.

In a press conference at the Vatican, Cardinal William Levada, prefect of the Congregation for the Doctrine of the Faith, announced that the Catholic Church will open the door for Anglicans dissatisfied with the Church of England to return to the fold without making any major changes to their beliefs.

The new legal framework, or apostolic constitution, will allow married priests to keep their wives as they move to Catholicism. Former Anglicans will be able to use elements of their old liturgy and have their own hierarchy within the church. The constitution has yet to be released, but it seems that Anglicans will even be able to train married men for the Catholic priesthood in seminaries.

Anglicans disgruntled by the Church of England’s liberal stance on issues such as the ordination of female clergy and homosexual priests may flock to the Catholic Church. John Broadhurst, bishop of Fulham and chairman of the group Forward in Faith, formed to oppose the ordination of women bishops, said that up to 1,000 clergymen in England alone could move to Catholicism. Entire parishes or dioceses could make the switch.

The Traditional Anglican Communion—a group of around 400,000 conservative Anglican churches that broke away from the Anglican Communion in 1990 to protest the liberalism creeping into that organization—has announced that the process toward full unity with Rome “will begin at once.”

Catholic Archbishop Joseph Augustine Di Noia of the Congregation for Divine Worship said that hundreds of Anglicans had expressed a desire to return to Catholicism, including 50 bishops. Colin Blakely, editor of the Church of England newspaper, said that “the Anglo-Catholics have been waiting for this for decades.”

This apostolic constitution represents a swift and brilliant attack on the Church of England—orchestrated by the pope himself—that will leave it mortally wounded. The Catholic Church will now divide and conquer.

“Rome has parked its tanks on the archbishop of Canterbury’s lawn,” proclaimed Britain’s Times newspaper.

“This is a mortal blow to Anglicanism which will inevitably lead to disestablishment as the church shrinks yet further and become[s] increasingly irrelevant,” said Keith Porteus-Wood, executive director of the National Secular Society.

Already in the UK more Catholics than Anglicans attend church services regularly. If many Anglican congregations switch, then Catholicism would become by far the most dominant religion in Britain.

The Anglican Church’s role in British life is being questioned as it is. Imagine how much more marginalized it will become if it loses a large number of regular church attendees. It would be a shadow of its former self, a church full of liberals and modernizers, who aren’t really sure if God exists and attend church only a few times a year.

Like any good offensive, this was a surprise attack. The Catholic Church deliberately kept its plan secret from the Church of England for as long as possible. Usually proposals like these are debated for months ahead of time, but Archbishop of Canterbury Rowan Williams, the most senior bishop in the Church of England, only found out about them two weeks ago. The press conference regarding the constitution was announced less than 24 hours before it took place—the Vatican usually announces such conferences several days in advance.

Matters regarding the Anglican Church are usually handled by the Pontifical Council for Christian Unity and the Anglican Roman Catholic International Commission. But this time the pope went above these groups’ heads. Either out of frustration for lack of progress, or to prevent the Anglicans from discovering his plans, the pope entrusted the task of formulating the constitution to his old department, the Congregation for the Doctrine of the Faith (cdf).

William Joseph Levada, current head of the cdf, worked under Benedict back when, as Cardinal Ratzinger, he headed the body. When Benedict xvi became pope, he personally appointed Levada to succeed him. So it seems Benedict wanted to commit the task of drawing up the new constitution to someone he could trust.

Under the apostolic constitution, Anglicans can have their own hierarchy within the Catholic Church in a system of personal ordinates—run by an ordinary. An ordinary is usually a bishop responsible for all the parishes in a geographic area. But in this case, an ordinary will be appointed to exclusively pastor parishes that follow the Anglican tradition. A Catholic news site explains the system in the following way: “In the U.S., for instance, a single archbishop supervises the chaplains who serve American troops all around the world. In the same way, the ‘personal ordinary’ for Anglo-Catholics would be a member of the American hierarchy, serving the needs of any Anglo-Catholic parishes within the country” (CatholicCulture.org, October 20).

The fact that the Catholic Church—with the pope’s personal involvement—is making such major concessions to Anglicans shows just how much it wants the Anglicans back under its control.

This is something the Trumpet and the Plain Truth have been proclaiming for years. “The final—albeit short-lived—triumph of Catholicism is recorded in literally dozens of Bible prophecies,” said the November 1963 Plain Truth. “Right now—whether we want to believe it or not—the stage is being set for the greatest revolution in religion the world has witnessed …. The mighty problem of achieving unity is two-fold. First, it involves reconciliation of the Orthodox Schism that officially commenced in 1054 and divided the churches in the East …. Second, it involves restoration to the Roman Communion all Protestantism which developed from 1517 onward.”

For now the Catholic Church is willing to compromise to draw in Anglicans. But it is so desperate to rein in its daughter churches that it won’t always be so. As Trumpet editor in chief Gerald Flurry wrote in 2007, “Indeed, biblical prophecy indicates that full unity will not be achieved purely voluntarily. At a certain point, the mother church will abandon its efforts to woo her daughters back by flatteries and instead revert to the age-old method of preserving ‘Christian’ unity by exerting physical force.”

Now you are watching this prophecy being fulfilled before your eyes. The Catholics are gathering in whomever they can, content to use diplomacy at present—but soon the force will come. How could we know? It is prophesied in your Bible. To see where, read our article “Returning to the Fold.”