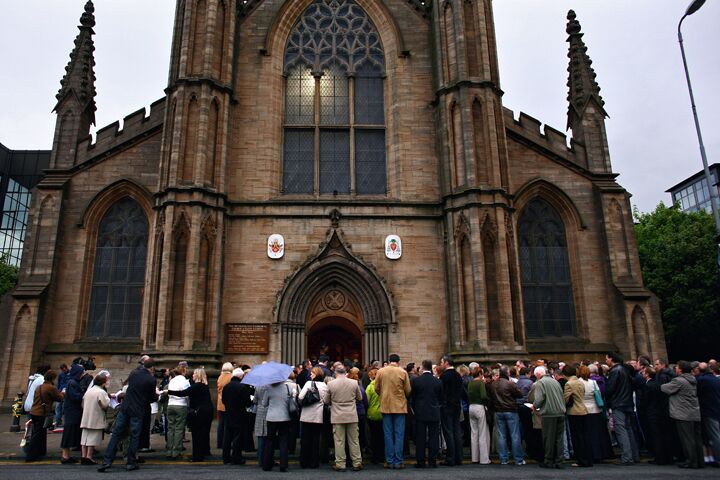 Roman Catholicism has become Britain’s dominant religion. According to a Telegraph report, statistics now show there are more practicing Catholics in the kingdom than there are practicing Anglicans.

However, Anglican Sunday worship attendance has dropped 20 percent in the past seven years to 852,000. Meanwhile, there are 861,000 Roman Catholics attending Sunday mass.

The Telegraph attributes much of the Catholic churchgoing growth to immigration from Eastern Europe and Africa, and to the enlargement of the European Union to include Poland and Lithuania in particular.

“In an attempt to combat the declining interest in traditional religion, the Anglican Church has launched radical new forms of evangelism that include nightclub chaplains, a floating church on a barge and Internet congregations,” the Telegraph reports.

“While it can rightly point to the weight of history, the importance of cultural memory, the largest number of church buildings and nominal church members in defense of its continued status as the established church, there is clearly a problem emerging,” Professor Alister McGrath, a respected Anglican authority, said. He called the new statistics a wake-up call.

In addition to the falling church attendance trend, some Church of England leaders are considering turning Anglicans into Catholics by joining Catholicism outright and en masse. In October, the Traditional Anglican Communion, with a worldwide membership of 400,000, requested “full, corporate and sacramental union” with the Vatican. The move is seen as the culmination of a revolt away from what the group sees as liberalization of the Anglican Communion, which claims 80 million adherents.

Herbert W. Armstrong forecasted as early as the 1930s that Catholicism would overtake and reabsorb its daughter churches. To learn more about this critical trend and how it was forecasted in the Bible, read “Anglicans Submitting to the Pope” and “The Significance of Anglicans Turning Catholic.”