Two divisive issues are combining to make the already loosely confederated Anglican Communion even looser. Meanwhile another church waits in the wings. 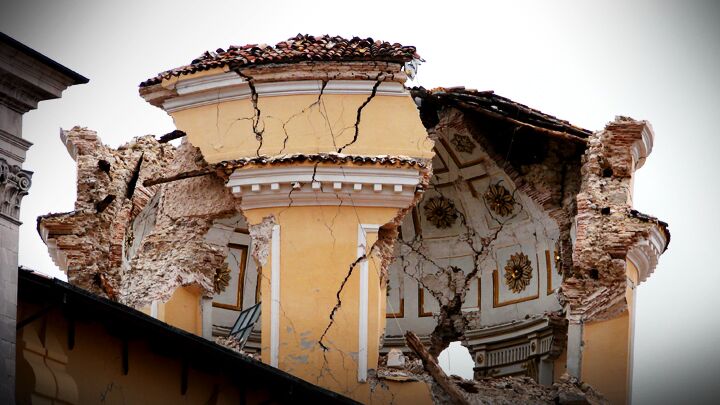 Two divisive issues are combining to make the already loosely confederated Anglican Communion even looser. Meanwhile another church waits in the wings.

It’s a bad time to be Anglican. Amid a British culture in which any religion except Islam is way out of style, secularism and immorality have taken over. If you’re an Anglican in this post-Christian society, you’ve seen a corresponding decline in your church’s attendance figures—despite attempts to boost your sagging numbers with such novelties as nightclub chaplains, Internet congregations, and one church built on a floating barge. You’re hoping it’s not a sign of desperation.

But the Anglican Church is desperate. And, as bad as these external pressures are, the worst danger to the Anglican Communion is internal: division.

Anglicanism, a pseudo middle road between Roman Catholicism and Protestantism, is not a tightly knit, rock-solid religion in the first place. Scores of organizations on several continents are affiliated or loosely affiliated with the 80-million-member Anglican “Communion,” a term that means unity. It’s anything but. Not including 20 or so large “Continuing Anglican” churches that have broken off from the main body throughout history to continue keeping various doctrines it has compromised on or left behind, the term “Anglican” describes dozens of assorted church entities, each quite independent and loosely bound together by a set of common beliefs and apparently inadequate “instruments of unity.”

The Church of England and its affiliates have undergone centuries of splintering and myriad metamorphoses, but in recent years, the Anglican cathedral has been shaking violently, and now the cracks in the tremulous organization are yawning open into broad crevasses.

One of the two largest cracks in the organization is over female ordinations. In 1994, liberal church leaders began ordaining women priests—a practice disapproved by conservative “traditionalists” who cite biblical verses describing a supportive role for women. Thousands of members, including about 500 priests, broke off from the communion and joined the Roman Catholic Church. Others landed elsewhere.

This summer, the spotlight was again on women’s ordinations—this time as bishops—as the issue went to vote by the church’s governing body on July 7.

Liberal Anglican leaders accept women priests and say they should progress to higher ranks. Conservatives disagree, and want a compromise where they can either ban women priests and bishops from entire dioceses or give worshipers the ability to opt out of recognizing clergywomen. One failed compromise even concocted “super bishops,” who would administer parishes that reject women priests. The church already has lower “flying bishops” from an earlier truce. But even adding compromises to compromises on top of compromises may not be enough to keep thousands more Anglicans from walking out.

After a tense session of fierce debate and against staunch opposition, church leaders voted in favor of women bishops. Church officials are now rushing to couch the controversy in terms meant to head off a groundswell of mass defection, but the tremors are, in many ways, just beginning. Maybe a floating Anglican church isn’t such a wild idea after all.

As this deep fissure over women ordinations races across the cathedral, it is heading for an even wider gaping fracture—one that could crack the church in half all by itself: the issue of homosexual clergy.

At the once-a-decade Lambeth Conference in 1998, Anglican leaders issued proclamations against homosexuality as a practice and frowned upon blessing same-sex unions and ordaining openly homosexual clergy. But times have changed. And the ever-morphing, ever-compromising Anglican Communion has too.

In 2004, the New Hampshire diocese elected an open homosexual as its bishop, a divorcee whose assessment of the usefulness of his marriage was that it was “inextricably tied up with having children” and who, before “marrying” his male partner earlier this year, said, “I always wanted to be a June bride” (Times, April 28). “I suspect that a lot of people are uncomfortable with me using the word ‘bride,’ a word associated with women as property, to describe a man,” the bishop, Gene Robinson, said. “Is calling myself a ‘bride’ offensive because it relegates a ‘privileged’ man to the status of a woman?”

Many members were outraged at the man’s consecration, saying that the Bible condemns homosexuality.

Genesis 19 and Jude 7 describe how God felt about Sodom and Gomorrah, specifically the homosexuality there. God condemns a man lying with a man as with a woman in Leviticus 18:22-23 and 20:13. 1 Corinthians 6:9-10 warn that neither “effeminate, nor abusers of themselves with mankind … shall inherit the kingdom of God.” Romans 1:26-27 call men burning in lust for one another “that which is against nature.” 1 Timothy 1:9-10 label “them that defile themselves with mankind” as “ungodly,” “sinners,” “unholy” and “profane.”

But that sentiment rings hollow in a compromised church covered with cracks. Come together over what? This bishop, of all people, should know there are far more issues splintering the Anglican affiliation than are bringing it closer together. After all, he is one of them.

The Anglican Communion’s landmark Lambeth Conference in Canterbury this July was a perfect snapshot of the church’s back-and-forth wrangling and its impending structural failure. One bishop called it “chaos.”

More than one in four bishops shunned the meeting in protest. Robinson was conspicuously uninvited but went to the city anyway. He also rightly predicted the outcome. “Forecasting it will end with a typically fudged Anglican consensus, he said, ‘It will drive the press crazy. There will be no resolutions, no proclamations, no lines drawn in the sand’” (Reuters, July 16). About 330 conservative bishops and archbishops held their own meeting in Jerusalem ahead of Lambeth. In a subsequently released document, they decried the church’s promotion of a “different gospel,” that all religions are equal and Jesus is not the only way to God; called for a competing council of Anglican primates; relegated the archbishop of Canterbury to an even less-authoritative role; denounced homosexual ordinations; and listed other grievances.

In one word: chaos. Robed rectors, primates, reverends, very reverends, right reverends, most reverends and all other types of reverends are scrambling under this summer’s fallout, bandaging the rupturing church with delays, concessions, opt-outs and other compromises, some almost as wild as the nightclub chaplain idea.

Anglicans have no central authority to sort this mess out. Archbishop of Canterbury Rowan Williams is the closest thing they have to a strong leader, but he is merely considered a “moral authority” and has no actual power outside of the Diocese of Canterbury. As the Anglican Communion fractures, one of Williams’s antics, submissively kissing Pope John Paul II’s ring, is turning out to be a sign of things to come. With chaos engulfing the Anglican church(es), more and more followers are looking to Rome for firmness and strength. Thousands of Anglicans are fleeing their deteriorating church for Catholicism. Late last year, 400,000 Anglicans from 13 countries requested “full communion” with the Catholic Church. And just prior to the vote on women bishops, senior Anglican officials met at the Vatican to discuss closer ties with the church, a move that increased speculation that whole parishes and even entire dioceses could defect to Catholicism.

The Roman Catholic Church has a straightforward approach compared to the Anglicans’ myriad negotiations, split-offs, opt-outs, votes and compromises. If the pope says do it, you do it.

So far, jury-rigging the jury-rigging has substituted for ideological and moral unity and kept the Anglican Church from imploding. But the entire organization is threatening to collapse. As its structural integrity weakens further, millions of worshipers will likely stream out of the Anglican Communion—and into the Catholic Church, where they feel they can find strength, authority and unity.

But there will be others—perhaps a majority—who will not do so voluntarily. The Vatican has been on its own crusade to absorb other churches back into its ranks and under the absolute authority of the pope.

The Trumpet wrote in May of last year, “Indeed, biblical prophecy indicates that full unity will not be achieved purely voluntarily. At a certain point, the mother church will abandon its efforts to woo her daughters back by flatteries and instead revert to the age-old method of preserving ‘Christian’ unity by exerting physical force.” At that point, the Vatican will enjoy powerful leverage over a divided Anglican Communion, an easy target for the Vatican to reassert itself over and regain its lost daughters after centuries of independence.

To say in 2008 that the Anglicans will ultimately join the Catholic Church may seem a premature claim. But what about making this prediction in 1961? In the October 1961 Plain Truth, Herbert W. Armstrong made this bold forecast: “The pope will step in as the supreme unifying authority—the only one that can finally unite the differing nations of Europe. … Europe will go Roman Catholic! Protestantism will be absorbed into the ‘mother’ church—and totally abolished.”

But even that bold claim was not the first forecast of what is becoming today’s current events. That goes back to approximately 750 b.c. and the Prophet Isaiah’s words on which Mr. Armstrong based his statement. Isaiah foretold a time when a great mother church would experience a great rebellion but would ultimately bring her daughters back under her direction (Isaiah 47). Centuries later, we are seeing Bible prophecy come alive!

However, just as the Bible’s forecast of this event is proving accurate, so too will its many prophecies that Jesus Christ will return soon thereafter! In fact, Catholic dominance is a sign of Jesus Christ’s imminent coming. When He returns, He will put an end to false religion and false churches. There will be no confusion or politicking. There will be no compromise with His right, positive, happy, perfect way of life. Jesus Christ will show everyone the one way to right religion, peace, happiness—and unity, “that they may be one, as we are” (John 17:11).