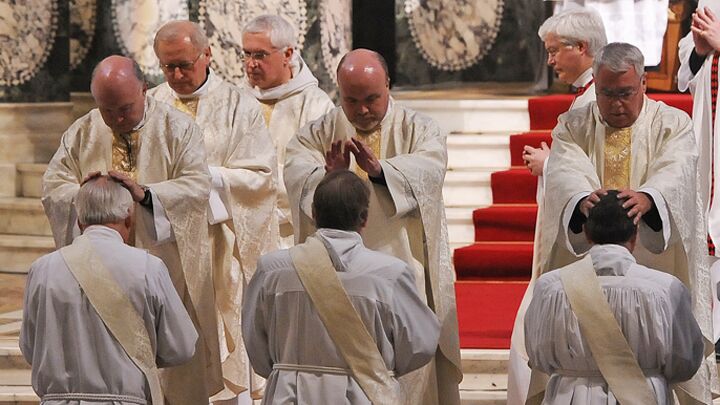 England’s King Henry viii broke away from the Roman Catholic Church in the 16th century. The Anglican Church has been England’s church since that time. Some of Britain’s kings, queens and parliamentarians sacrificed blood to establish England’s own church. Britain suffered some of its worst nightmares when the Catholic Church reigned over it. However, the people have forgotten that oppressive history. Now, they are about to embrace the Catholic Church again.

The Times of London reported February 19: “Radical proposals to reunite Anglicans with the Roman Catholic Church under the leadership of the pope are to be published this year, the Times has learned. The proposals have been agreed by senior bishops of both churches. In a 42-page statement prepared by an international commission of both churches, Anglicans and Roman Catholics are urged to explore how they might reunite under the pope.”

A key paragraph in the draft document, titled “Growing Together in Unity and Mission,” reads: “We urge Anglicans and Roman Catholics to explore together how the ministry of the bishop of Rome might be offered and received in order to assist our communions to grow toward full, ecclesial communion.”

Additionally, the Times revealed: “Anglicans are also urged to begin praying for the pope during the intercessionary prayers in church services, and Catholics are asked also to pray publicly for the archbishop of Canterbury.”

This is a shocking development, considering the history of the Roman Catholic Church and England. Anglicans are embracing the bitterest enemy against the British throne! The history behind that throne is incredibly inspiring. You can read about this in last month’s Trumpet cover story. That throne is the greatest of all physical thrones by far, and a supreme blessing from the great God. If you understand its history and prophecy, you know that it is in fact the throne of King David of ancient Israel—the very throne, according to the Bible, from which Jesus Christ is about to rule! That royal throne is the hope of this world. (To understand why, request a free copy of our booklet The Key of David.) But the British have turned their back on God. Now they are grasping for another throne.

While both Catholic and Anglican leaders have downplayed the contents of the document, such efforts toward church unity nevertheless indicate a clear direction and intention. According to the Sydney Morning Herald, the chairman of the Catholic side of the commission that prepared the document, Australian archbishop John Bathersby, said that “it was a significant step forward in an attempt at unity that began 35 years ago” (February 20). He said the relationship between Catholics and Anglicans was the closest it’s ever been. Dozens of Anglican married priests, in revolt against women’s ordinations, have already been accepted into the Catholic priesthood.

Such efforts at church unity are paving the way for a major prophecy in the Bible to be fulfilled. It is recorded in the 47th chapter of Isaiah: “Come down, and sit in the dust, O virgin daughter of Babylon, sit on the ground: there is no throne, O daughter of the Chaldeans: for thou shalt no more be called tender and delicate. … And thou saidst, I shall be a lady for ever: so that thou didst not lay these things to thy heart, neither didst remember the latter end of it. Therefore hear now this, thou that art given to pleasures, that dwellest carelessly, that sayest in thine heart, I am, and none else beside me; I shall not sit as a widow, neither shall I know the loss of children” (verses 1, 7-8).

Here God prophesied that the Catholic Church would experience a great rebellion against her evil deeds—and then, in the very end time, would bring those daughters back under her direction; she would not “know the loss of children.”

The Protestant Reformation was a rebellion against Catholicism. Today, however, the Protestants are in the process of being reunited with the Catholic Church under the pope’s rule.

The draft statement, the first issued by the International Anglican-Roman Catholic Commission for Unity and Mission, is sure to generate more controversy. Indeed, biblical prophecy indicates that full unity will not be achieved purely voluntarily. At a certain point, the mother church will abandon its efforts to woo her daughters back by flatteries and instead revert to the age-old method of preserving “Christian” unity by exerting physical force.

However, thankfully, God says the Roman Catholic Church will again suffer the loss of children “in a moment” (verse 9). Then Jesus Christ is going to rule the Earth. Time is accelerating quickly, and all of this will happen in a moment.