The gold market tends to spike during hard times. Hard times are here, so who stands to benefit? 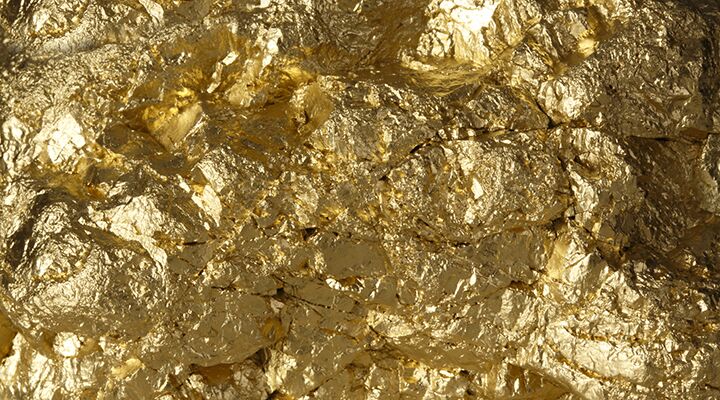 The gold market tends to spike during hard times. Hard times are here, so who stands to benefit?

Yet, there is a sheen emerging on the horizon for gold investors. Is gold on the comeback track? Traditionally, gold is seen as a hedge against economic hard times. Though it has shown no real sparkle for the past couple of decades, the slide of the dollar and tough times on Wall Street have brightened the immediate future of gold. In fact, as the price for the precious metal picked up in August, some pundits began predicting that, as economic reality dawns in the collective mind of the public, gold prices might head out of orbit.

USA Today quotes international speculator Doug Casey as saying, “The dollar is an unsecured liability of the U.S. government, and the government is bankrupt. … It’s an iou of nothing.” The article goes on, “To Casey, gold is the answer because it’s always worth something—and it can’t default. His prediction: Gold isn’t going through the roof—it’s going to the moon” (Aug. 15).

Well, maybe so, maybe not. However, it is interesting to note a few facts about the current market in relation to gold and what appears to be a showing of interest in the yellow metal much stronger than has been the case for years.

The last time that we saw a spike upward (though not sustained) in gold prices was on the wave of insecurity that swept the world regarding the y2k scare. That was just another indicator that the worst brings out the best in gold. With y2k over at the strike of midnight on January 1, 2000, gold soon slumped back into the doldrums.

But the August lift in prices was stimulated by something much more deeply concerning and much more real than the perceived problems arising from a computer glitch. This time, some very significant economic fundamentals are in play. In short, these amount to a deeply shaken trust in the whole American corporate and financial system.

This reaches beyond the U.S. to impact foreign markets. The Financial Times (London) commented, “By May this year, foreigners became net sellers of U.S. equities—and the trend appears to be continuing” (Aug. 15).

A crisis of confidence in the market breeds a desire for more control over the source of investment. Possession of gold puts the buyer in direct control of the asset. He’s not at the whim or sleight of hand of investment advisers or crooked ceos.

To exacerbate this crisis of confidence, the weakening of the greenback challenges investors’ trust in their own monetary system. USA Today put it this way: “Gold is a direct bet against the monetary system: Gold investors figure an ounce of gold is always worth something, even if the government is in shambles and currency is worthless. For two decades, the powerful U.S. economy kept the dollar strong and gold prices low. But lack of confidence in the financial system and the specter of more terror attacks are pushing gold prices up—and individuals back into the gold market” (op. cit.).

In 1933, the U.S. government recalled and melted down its gold coins. Forty years later, it went off the gold standard. Thus the dollar’s value today is underpinned merely by the level of global confidence in the U.S. economy. When that confidence drops, so does the dollar—and the flight to gold historically commences. In simplistic terms, it would then seem, under such circumstances, that those countries which have hoarded gold as a hedge against the prospect of leaner times would emerge as economies of strength in the midst of such adversity.

Gold is great disaster insurance. Predictions of global economic disaster presently abound even among some high-profile commentators. On this score, it is interesting to note that while a number of countries, including Britain and Canada, were busy liquidating gold assets over the past few years, one country was busy buying them up—Germany.

The German central bank holds the second-largest gold reserves in the world. It has not engaged in any form of large-scale selling. Not only this; when 11 of the present 15 EU member nations joined the European Monetary Union (emu), they signed over their individual national holdings of gold to the European Central Bank, located in Frankfurt, Germany! Coincident with this transfer in 1999, Germany bought bullion in a big way.

The timing of Germany’s acquisition of huge amounts of gold was intriguing. “[T]he Bundesbank suddenly acquired massive gold reserves, just as the euro was launched in the first quarter of 1999. The gold amassed, both in terms of its physical size and of its value (national valuation basis) is more than enough with which unilaterally to introduce a gold-backed ‘new deutsche mark’—in contrast to the U.S. dollar, which is not backed by gold” (Economic Intelligence Review, March 2000).

The point is, whether or not the euro is a success in the long run, Germany sits in the box seat. On the one hand, the euro has substantial gold backing from the receipt of bullion by the European Central Bank, courtesy of the emu nations’ signing over of their reserves. This gives some strength to the euro’s backing. Yet the collective economies of emu nations are really not in the best of shape. “It [emu] was meant to be the cornerstone of the single currency. Instead it is fast becoming a millstone. In the face of global slowdown the eurozone’s stability and growth pact is a misnomer. It is failing to deliver stability and may yet threaten growth” (Dawn Group, Aug. 14).

Now both the European Stability and Growth Pact and the European Central Bank are German ideas, pushed through at German insistence. If an economic crisis in Europe does bring failure to the system that supports the fledgling euro, then it will be up to Germany to suggest the solutions.

Financial analyst Christopher Story poses an intriguing possible scenario, in the event of such a crisis developing. He wrote in the Economic Intelligence Review quoted above, “[T]he Germans may have been preparing their greatest coup in history: the sudden, overnight substitution of a ‘new deutsche mark’ backed by gold, for the regrettably ‘failed’ EU collective currency. … [I]n reality, the Bundesbank’s acquisition of colossal gold reserves coincident with the launch of the euro (which policymakers were never supposed to notice), and the convenience of the biggest competitive devaluation in history, betray the probable truth—that this represents the realization of the pan-German plan for a European collective currency elaborated by the Nazis, and was cunningly postulated from the outset.”