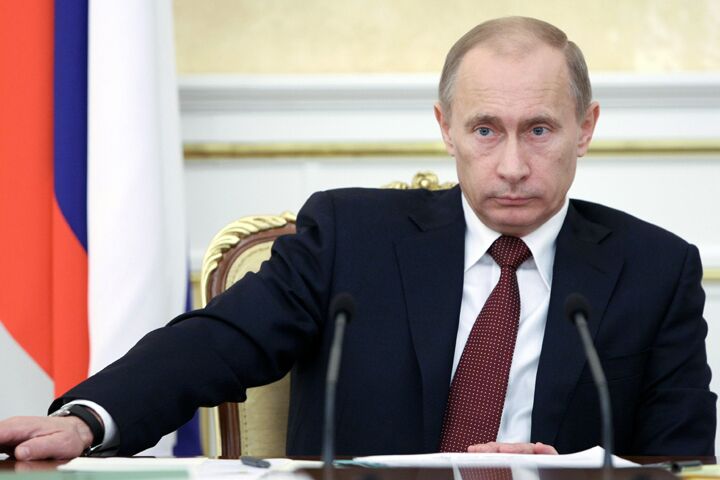 Prime Minister Vladimir Putin warned the West that Ukraine belongs to Russia, the Russian press reported last Sunday. Putin visited the graves of Russian nationalist heroes and thinkers last weekend to mark Slavic Written Language and Culture Days. After laying a wreath on the grave of Anton Denikin, a military commander who led the white Russians against the Bolsheviks, he urged the journalists present to read Denikin’s diaries.

“He has a discussion there about Big Russia and Little Russia—Ukraine,” he said. “He says that nobody should be permitted to interfere in relations between us; they have always been the business of Russia itself.”

Parts of Ukraine were included in a region formerly known as “Little Russia,” while the main part of Russia was called “Great Russia.” To many Ukrainians, the term “Little Russia” is offensive and demeaning.

Putin’s words are seen as a warning to the West not to meddle in Ukraine, a sovereign country that Russia aims to control.

“These comments by Putin should be taken very seriously,” said Olexandr Paliy, a political analyst with the Institute of Foreign Policy at the Ukrainian Ministry of Foreign Affairs’ Diplomatic Academy, according to Time. “Russia is engaged in a propaganda war against Ukraine, designed to convince the West not to support Ukraine. Russia doesn’t understand cooperation with equals, only with subordinates.”

Moscow is advancing on several fronts. On April 1, a $20 million film adaptation of a 15th-century adventure novel, Taras Bulba, was released in Russia. The film shows heroic Ukrainian Cossacks fighting for Russia against a Western enemy. The movie, made by Vladimir V. Bortko, was financed partially by the Russian government. In it, Bortko aimed to show “there is no separate Ukraine,” and “the Russian people are one,” according to remarks he made in an interview.

Three days earlier, Ukraine had unveiled its own version of the film. But with a budget of under $500,000, it simply could not compete.

Putin has stated before that he views Ukraine merely as part of Russia. According to Russia’s Kommersant newspaper, in April 2008, at a nato meeting in Bucharest, Putin told then-U.S. President George W. Bush: “You don’t understand, George, that Ukraine is not even a state. What is Ukraine? Part of its territories is Eastern Europe, but the greater part is a gift from us.”

The Russians are trying to show the world, and the people of Ukraine, that Ukraine is theirs. Putin’s remarks came at the same time the Russian Orthodox Church called for Slavic unity amid celebrations honoring figures considered to be the founding fathers of a common Slavic culture.

Putin also laid wreaths on the graves of Ivan Ilyin and Alexander Solzhenitsyn, Russian nationalist thinkers whom Putin is fond of quoting, as well as on the grave of Russian thinker Ivan Shmeleva.

Last August, Putin aggressively staked his claim on Georgia—using tanks. Many worry that he could do the same to Ukraine.

Putin has also shown that he can use energy as a weapon. Russia controls a large part of Europe’s natural gas supplies, and can and has used this to blackmail Ukraine and other countries. Russia cut off supplies to Europe in the middle of last winter.

When Russian President Dmitry Medvedev, at an EU-Russia summit on May 22, was asked if he could guarantee that this would not happen again, he replied, “Russia has given no assurances and will give none. What for?”

Russia is being particularly belligerent currently as it feels threatened by the European Union’s Eastern Partnership program. The partnership, proposed by Poland and supported by Germany, aims to improve Europe’s relations with six former Soviet states—Belarus, Ukraine, Moldova, Georgia, Armenia and Azerbaijan. Russia does not like the idea.

“What we don’t want is the Eastern Partnership to be turned into a partnership that is against Russia,” said Medvedev at the EU-Russia summit. “I’ll put it succinctly. We tried to convince ourselves [that the project is not dangerous], but in the end we couldn’t. What worries us is that in some countries, attempts are being made to exploit this structure as a partnership against Russia.”

Russia and Germany are competing for influence in Eastern Europe. Both powers are turning to nationalism. Watch for the two nations to bicker over the area, then come to an arrangement over who gets to control what. For more information, see our article “Russia and Germany Fulfill Prophecy.”