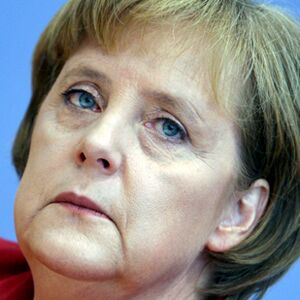 Has a secret Russian-German deal been struck?

As I wrote in the September issue of the Trumpet, we have passed the point of no return for America, Britain and Judah. Almost immediately after that issue of the magazine went to print in late July, Russia attacked Georgia, and the world entered a dangerous new era!

That attack is truly momentous, and you need to understand why. If you have read our material for any length of time, you are probably aware of the prophecy of “the kings of the east” (Revelation 16:12)—that of an enormous Asian power bloc that amasses a staggering 200-million-man army. We have said for years that these kings would be led by Russia and China. What we saw in Georgia was the first military strike of the kings of the east! And there will be more!

German politicians are very divided about Russia. The Georgia invasion heightened these divisions. They have sent mixed signals on whether nations like Georgia and Ukraine should be part of nato. Some are very much for it, even though they know it will offend the Russians; others say Russia’s opinion should be taken more seriously. Chancellor Angela Merkel has made statements both for and against nato membership for these nations, though now she says she supports it. The German minister of foreign affairs, Frank Walter-Steinmeier, who once supported the idea, now says, “I cannot hide my skepticism” about Georgia and Ukraine joining nato.

Why would Steinmeier suddenly be so opposed to Georgia and Ukraine moving toward nato membership? I believe it is very likely Germany and Russia cut a deal over this issue. I wrote about this in my article “Russia’s Attack Signals Dangerous New Era” in the October Trumpet.

Germany is still heavily dependent upon Russian energy. It worked against Russian interests in the Balkans. Now Russia is fighting back, and it has Germany over a barrel. Perhaps Vladimir Putin told Germany, If you give us problems over Georgia or Ukraine, we’re cutting off your energy, or we’re going to war! So Germany may have even been complicit in Russia’s plan to attack Georgia!

Just after we sent the October issue of the Trumpet to the printer, Stratfor came out with a report confirming my suspicions about this secret Russian-German deal. A report on August 20 said (emphasis mine throughout),

Germany acted peculiar during the entire Georgian-Russian conflict. When the war began, Berlin issued a fluff statement on “needing to find a solution” between the two states; however, as the war escalated, Merkel fell silent on the issue. Many within the German government released statements in favor of either Russia or Georgia, but it is Merkel who calls the shots in the country—and she was waiting for her meeting with [Russian President Dmitry] Medvedev before speaking. Merkel is an interesting leader to have in Germany at this stage because she is the first German chancellor born in East Germany. This leads her to be more critical and firm against the Russians, but nonetheless she understands how vulnerable her country is right now. Germany may be an economic powerhouse, but it is still militarily weak, so its security is in the forefront of its mind.Stratfor sources in Moscow have said that Medvedev has offered Merkel a security pact for their two countries. This offer is completely unconfirmed, and the details are unknown. However, it would make sense for Russia to propose such a pact since Moscow knows that, of all the European countries, Germany is the one to pursue—not only because of the country’s vulnerabilities and strong economic ties with Russia but because the two have a history of cozying up to each other.

Yes—they certainly do have such a history! They have repeatedly made deals with one another just before going to war! And as we have reminded our readers so many times, Herbert W. Armstrong prophesied that we would witness another Molotov-Ribbentrop-type pact between Russia and Germany in this end time!

It appears events are moving precisely in this direction today!

These … considerations … should cause concern in most of Europe. Since Germany and Russia are the two big powers on the block and want to keep any other power (like the United States) from their region, it would make sense for Berlin and Moscow to want to forge an agreement to divide up the neighborhood—such as the Molotov-Ribbentrop Pact, which had secret protocol dividing the independent countries of Finland, Estonia, Latvia, Lithuania, Poland and Romania into either the Nazi or Soviet spheres of influence. Most of those countries have since sided with Washington, but if Germany and Russia make some sort of deal, it will be open season on American influence in Europe.All of this is not to say that Berlin is about to flip on the West. It has time to mull its decision. The point is that Germany is not the solid rock of nato and the European Union that the West assumes it is. Russia’s recent actions mean that history is catching up with the Germans and that a choice will eventually come. Everything depends on Berlin’s choice between maintaining its dependence on the United States or flipping the entire balance structure in Europe by striking a deal with Russia. Berlin has been itching to reassert itself as a real and unbound power on the Continent once again. … Berlin’s choice will shape the future of Europe and possibly the world.

An event of this magnitude should stir each of us to see how close to the end of this age we truly are! The world is hurtling toward World War iii!

My booklet The Rising Beast—Germany’s Conquest of the Balkans explains how Germany took over that region—an act that deeply irritated and provoked Russia. Now we are seeing some of the consequences. (I strongly recommend that you read this booklet in light of what we are seeing today.) The rumblings from Russia give you an idea of the catastrophic war God prophesied will occur between these two nations. Our free booklet Russia and China in Prophecy explains just what the Bible says about that event.

These events are also preparing the way for the fulfillment of another prophecy we have written about extensively, as Mr. Armstrong did before us. Right now, Germany is looking at Vladimir Putin, an authoritative man who is leading Russia toward greatness, and recognizing that it needs a strong leader to stand up to him.

The Bible shows that the Germans are going to get just such a leader! Daniel 8:23-24 tell of “a king of fierce countenance” who will rise up to lead the European beast power. “[H]e shall cause fearful destruction,” the Revised Standard Version says. And here is how he will do it: “And through his policy also he shall cause craft [or deceit] to prosper in his hand; and he shall magnify himself in his heart, and by peace shall destroy many …” (verse 25). He will be an extremely cunning, crafty, deceitful—and bloody—individual! He preaches peace—but he practices war!

Do you think that charming Angela Merkel is going to be that leader? No. The Germans are looking for a real strongman—a man strong enough to stand up to a tough kgb agent like Putin.

God is deeply involved in these events. He prophesied what would happen, and He is bringing it about exactly as He said. Look at Revelation 17:17. There God says that He will put it into the hearts of peoples to support the beast power in what it is about to do!—and it concludes, “until the words of God shall be fulfilled.” It is all to fulfill God’s purpose as He has prophesied. God is in control all the way. And He is the only Being with the power to bring global events to pass as promised.