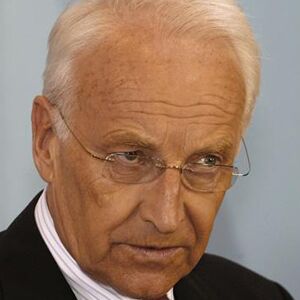 Events have catapulted Russo-German relations into the world spotlight. The outcome will set the scene for massive events centered in Europe that will ultimately impact every nation on Earth!

It’s time we pulled our head out of the sand and called a spade a spade when it comes to observing international relations in Europe.

There are really only three great powers of historical consequence involved within the great game of grand strategy that is presently playing out in Europe: Russia, having just rebounded with force on the world scene as a power to be reckoned with, once again a true global player; Germany, having carefully played a great game of deceit with the West, with its real movers and shakers carefully hidden behind the scenes, always having been committed, since Allied victory in World War ii, to the revival of the old German imperial dream; and the Vatican, the major spiritual influence on Europe for the past two millennia, currently pursuing an aggressive course of diplomacy via the Eastern Orthodox hierarchy to win back the allegiance of the Eastern church to the patriarchate of Rome.

In this article we shall concentrate on the two major political powers presently engaged in reshaping geopolitics on the European continent—Russia and Germany.

The geographical pivot of the current battle for the control of Europe is its center ground, the vast open Polish/Ukraine plain that buffers east from west, incised from north to south by the Dnieper River, border territory between two imperialist forces, Russia to its east, and the German-dominated EU to its west.

The nation-states that buttress the demarcation between the EU member states and Russia are today at high risk of becoming the pawns in this game of grand strategy being played out between Russia and Germany to establish a line of demarcation between their respective areas of influence. They are Ukraine, Belarus and Moldova. Poland is too deeply entrenched under German control of its economy to be offered up as a sacrifice to Russia in the negotiations relating to the EU-Russia border issue.

However, all ears will be strained for indications of Ukraine’s future at the EU-Ukraine summit, slated to take place in Evian, France, on September 9, just one month on from Russia’s invasion of Georgia.

There is no doubt that the Georgia question has split nato wide apart. A clear divide now exists between those, like Britain’s Foreign Minister David Miliband, who favor support for Georgia, and an emerging camp that encourages more careful diplomacy toward Russia.

For quite some time the Trumpet has forecast the demise of the North Atlantic alliance. Georgia has provided the long-awaited pressure point for Germany, in particular, to question the usefulness of nato. Finally, as we have consistently forecast based on inerrant Bible prophecies for our time, certain political interests within Germany are seeking to move from a postwar alliance with the Anglo-Americans to a more comfortable accommodation with Russia. It was simply destined to be that way.

It is certain that key individuals in Germany would have been fairly well apprised of Russia’s intention to reassert itself into the European equation well in advance of Putin’s response to Georgia’s incursion into South Ossetia, a reaction that he very clearly provoked. Not only are there certain influential people in Germany who have established cozy relations with Vladimir Putin—relations far warmer than those enjoyed by Chancellor Angela Merkel—but the bnd, the highly efficient German secret service, well embedded in the region of the Transcaucasus, would undoubtedly have been feeding intelligence from on the ground in Georgia back to Berlin for some time.

In addition to the Transcaucasus issue, two other strategic questions presently lie on the table for negotiation between Germany and Russia: the deployment of an anti-missile defense system as a hedge against Islamic aggression from the south (in particular from Iran), and the EU-Russia border issue.

There is one political person of long experience who, while maintaining a comparatively low political profile at present, publicized his own stance—in addition to views that he claimed were those of the German government—on the question of the deployment of an anti-missile defense system in Europe a full year before the U.S. response to Putin’s recent aggressive reentry into the security and defense equation in Europe.

Apart from the sophistry emanating from Washington, the only overt action initiated by the American administration in response to Russian aggression in Georgia was the hastening of the signing of an agreement with Poland to deploy anti-missile defense weapons on Polish soil.

Until recently, the European Union’s response to the stationing of such weapons within EU bounds has been two-faced. Holding the current presidency of the EU, French President Nicolas Sarkozy, in particular, has issued public pronouncements designed to keep Washington happy. Yet carefully, behind the scenes, there is a good deal of maneuvering by Germany to assure that Russia’s interests are considered. One influential voice within the EU made his own stance very clear on this issue fully 12 months ago.

Edmund Stoiber, ex-prime minister of Bavaria and former head of the Christian Socialist Union in Germany, who only marginally missed becoming Germany’s chancellor at the election that displaced Gerhard Schröder, paid a personal visit to the Russian president in July 2007. That visit was remarkable for a couple of reasons.

Firstly, as reported by Eurasia Daily Monitor, “During this meeting, Stoiber endorsed Russia’s goal of defeating the U.S.-proposed anti-missile defense system and elbowing its way into a ‘joint’ nato-Russia system” (July 9, 2007).

On July 5, 2007, following an unprecedented four-hour meeting with Vladimir Putin, Stoiber made a remarkable announcement that ought to have alerted Washington to the direction in which Russo-German relations were trending.

“Emerging from the meeting with Putin, Stoiber told the media emphatically that only two solutions are possible on anti-missile defense in Europe—the U.S. plan or the Russian plan—and that he supports the latter. This either-or approach would seem to exclude the U.S.-suggested political compromises …. Stoiber ruled out the planned stationing of anti-missile defense elements in Poland and the Czech Republic …” (ibid., emphasis mine throughout).

One interesting aspect of the Russian scheme is that it proposed that a major component of the missile monitoring system be placed in the strategic Transcaucasus corridor, in Azerbaijan, adjacent to Georgia where Russia recently moved to retake control of that territory. “The anti-missile defense system would be placed under joint nato-Russia command, using Azerbaijan’s Russian-operated Gabala radar and a new radar under construction in southern Russia …” (ibid.).

In announcing his support of the Russian solution for European anti-missile defense, and his rejection of the American scheme, Stoiber behaved in a rather remarkable manner that must have had Chancellor Merkel wondering who it was that really spoke for her government—she, or the most successful prime minister of any German state since World War ii, Bavaria’s (at the time) prime minister, Edmund Stoiber! He blatantly stated, “The position of Germany, of its government, in any case my [Bavarian] government’s and my party’s position, is entirely clear: We are in favor of the second solution.”

Flush from his long meeting with the Russian president, after which he described Vladimir Putin as an “impeccable democrat,” Stoiber went on to claim that Russia is Germany’s “strategic partner” (Sueddeutsche Zeitung, July 6, 2007).

So much for the United States.

So much for nato!

The second main issue upon which both the future development of the EU and the future of nato hang is the drawing of the border dividing the eastward expansion of EU influence from the westward advance of Russian power. On this matter, Stoiber was very clear. “Apart from the missile defense issue, Stoiber called for the creation of a European Union-Russia Free Trade Zone—apparently leaving out Ukraine, although the latter seeks an arrangement of this type with the EU” (Eurasian Daily Monitor, op. cit.).

The Trumpet has long argued that Russia and Germany must come to grips with an agreement over the vast Ukraine plain, breadbasket to the old Soviet Union. Watch for Ukraine’s future to be bargained away at the negotiating table by Russia and Germany as trade-offs are made by each to secure their continental empires.

Yet apart from the most vitally important strategic questions that they addressed, one of the most interesting aspects of this meeting between Stoiber and Putin is that Putin is reported to have resorted to “extreme forms of flattery. He gave Stoiber a long session in the Kremlin, ‘detailed’ information about Putin’s July 2 discussion with U.S. President George W. Bush at Kennebunkport, a parade of the Kremlin Guard cavalry company organized especially for Stoiber—an unprecedented favor—and a private dinner for the Stoibers at Putin’s residence outside Moscow” (ibid.).

Herbert W. Armstrong long prophesied that a powerful leader would emerge in Europe who would enter a top office of leadership, having gained that position by “flatteries.” Over the past 18 years, our own editor in chief, Gerald Flurry, has consistently pointed to the inevitability of such a phenomenon. Both Herbert Armstrong and Gerald Flurry based their claims on the prophecies of Daniel 11.

Whoever gains the most influential position of leadership within the EU will not need to be acceptable to the U.S., nor to Britain and its traditional allies. But he must be acceptable to the country that Edmund Stoiber has described as Germany’s (and hence the EU’s) strategic partner, Russia, in order for the alliance that these two nations have—in all probability—already concluded, to work!

In the dangerous new era that the world entered on Aug. 8, 2008, with Russia having thrown down the gauntlet to the West at the Transcaucasus gateway, you need to watch, daily, as the most vital events of the age transpire at breathtaking speed to climax at the close of the most crucial age in all of history.

Stay tuned to the Key of David television program as we prepare for our most vital season of prophetic news in the history of that program. Keep following the fulfillment of prophetic events through daily news analyses via the Trumpet website, our monthly magazine and our weekly columns. That’s one sure way to stay abreast of major world events before they happen, so as to be well prepared for that great future which they portend!

For more on that great future, read our booklet The Wonderful World Tomorrow—What It Will Be Like.