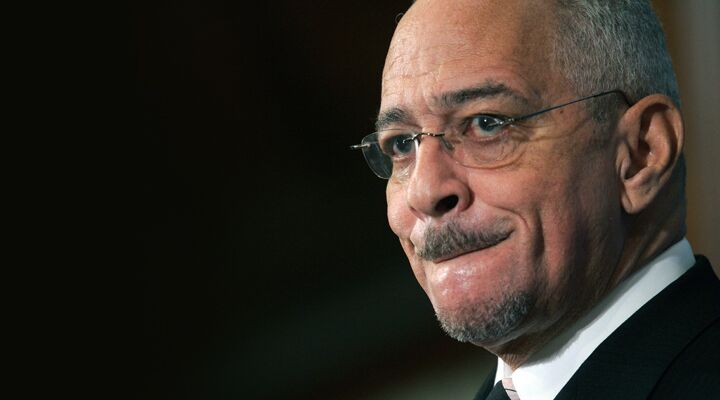 I think most people who listen to Barack Obama believe he is sincere. But even sincere people can make serious mistakes.

Barack was deserted by his father at the age of 2, when the family lived in Hawaii. It was 1963 when Barack’s father left his wife and son to attend Harvard. His education was more important to him than his family. It should not have been.

It was a sad turn in Barack’s young life. Barack’s mother soon remarried. She and her son followed her husband, Lolo Soetoro, to Indonesia. But the second marriage also failed. Barack’s mom “always felt that marriage as an institution was not particularly essential or important,” according to her close friend Nina Nayar.

Marriage and family were “not particularly essential or important” to either of Barack’s biological parents—or to his stepfather. That is the curse of all curses in this world! How much must we suffer before we understand and correct the problem?

“By 1974, Ms. Soetoro was back in Honolulu, a graduate student and raising Barack and Maya, nine years younger,” Janny Scott wrote in the New York Times. “Barack was on scholarship at a prestigious prep school, Punahou. When Ms. Soetoro decided to return to Indonesia three years later for her field work, Barack chose not to go” (March 14).

Barack’s mom, an anthropologist, decided that she had to return to Indonesia as a part of her work. Barack chose to stay with his white grandparents in Hawaii during his four years of high school. His mom chose her work over him. So in essence, he was deserted again. Any child would be scarred by such parental treatment.

Barack chose to stay in the United States, the most blessed country on Earth. Barack and his wife have received outstanding educational opportunities in the U.S. and prospered extremely well. You have to admire their ambition.

But why would they be “like family” to such a “hate America” pastor as Jeremiah Wright?

Here is what Glenn Beck said on his cnn broadcast, March 19: “In the talking points page of the Trinity Church’s website, Reverend Wright, in his own words, states that the foundation of his beliefs are in systemized black liberation theology and praises James Cone’s book, Black Power and Black Theology. This is what James Cone, the man who Obama’s senior spiritual adviser looks up to and whose ideas he preaches, states as black liberation theology. Listen carefully and please follow along.

“Quote, ‘Black theology refuses to accept a God who is not identified totally with the goals of the black community. If God is not for us and against white people, then he is a murderer, and we had better kill him. The task of black theology is to kill gods who do not belong to the black community. Black theology will accept only the love of God which participates in the destruction of the white enemy. What we need is the divine love as expressed in black power which is the power of black people to destroy their oppressers here and now by any means at their disposal. Unless God is participating in this holy activity, we must reject his love.’”

This is one of the most anti-God, anti-Bible statements I have ever read! The God of the Bible is not about loving black people and hating white people. Christ died for the sins of all humanity. Any Christian should know that. And all humanity is going to be a part of God’s Family, in God’s time frame. Of course, those people who reject that Family will be excluded forever.

The foundational crisis in America and Britain today is broken families. Family is the institution most under attack. That is because the biblical gospel, or good news, is about the coming Family of God. The human family is the most sacred institution there is to prepare us for that almost unfathomable honor. (Request our free book The Missing Dimension in Sex. It’s a book every person on Earth should read.)

Here is what we need to be deeply concerned about. Roughly 70 percent of blacks are born out of wedlock. (That is true of about 48 percent of Hispanics and 25 percent of whites.) These are tragic fruits. Broken families produce more broken families. Usually these parents were deserted as babies by at least one of their own parents.

Who is going to educate those young people? And what will that education be like? It is a ticking time bomb about ready to explode—especially in American race relations!

Barack Obama has shown us that precious young people can be educated by the wrong people—they often are. What these young people need are strong families with a deep love for all humanity.

Everything in the Bible revolves around God’s loving Family. That is what the God Family is all about. Over a hundred prophecies in your Bible say we are going to see that God Family ruling in less than a generation. But who believes God in this evil generation? He is our only hope. And His Family is more real than all the racial hatred you see in this world.

There is no question that America committed a great sin against the black race by breaking up the black family. But at least America also abolished slavery and has shown some repentance. What other nation has ever even come close to doing that?

Much of God’s love is expressed in forgiveness. That is at the heart of the biblical message. If we’re not going to obey the Bible, we should at least stop pretending like we’re Christians. Remember, a Christian is one who follows Christ.

But this whole world is deceived (Revelation 12:9). A great fallen angel is the god of this world—that means this world worships him (2 Corinthians 4:4). We still have a lot to learn today, and sadly it will be through some horrendous suffering.

To paraphrase a biblical expression, we have sown the wind and we’re going to reap the whirlwind!