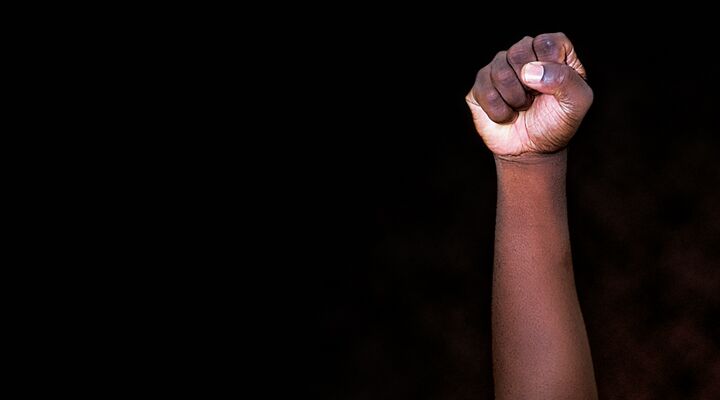 He has a right to express his views,” Al Sharpton said last year in response to a racially charged remark by radio shock jock Don Imus. “This is ridiculous,” he said of the public outcry over the remark. “I think Don Imus has been totally distorted.”

Actually, that wasn’t Sharpton’s response. In truth, Sharpton was one who successfully lobbied for Imus to be fired for his racial slur. The quotes above were made by Sharpton in March in defense of Barack Obama’s spiritual adviser for 20 years—the Reverend Jeremiah Wright. Sharpton maintains that the media’s treatment of Wright’s bigoted diatribes was “grossly unfair.”

On March 18, Barack Obama, who also lobbied for Imus’s firing, attempted to distance himself from his spiritual mentor. But he too maintains, albeit with more tact and eloquence than Sharpton, that Dr. Wright has been misunderstood and unfairly characterized. He said the fact that so many people are “surprised” by Jeremiah Wright’s anger reveals how segregated whites and blacks are during the church hour on Sunday mornings. “[T]he anger is real—it is powerful,” he said. “And to simply wish it away, to condemn it without understanding its roots, only serves to widen the chasm of misunderstanding that exists between the races” (emphasis mine).

That anger, of course, is rooted in slavery—the cause of many disparities and inequalities within the African-American community, Obama said. In other words, the legacy of slavery justifies Wright’s racist rants.

But as Orlando Patterson noted in his 1982 book Slavery and Social Death, “Slavery has existed from the dawn of human history right down to the 20th century, in the most primitive of human societies and in the most civilized. There is no region on Earth that has not at some time harbored the institutions.”

The roots of slavery run deep. And the fruits of it to this day go far beyond any lingering discriminatory injustices—whether real or perceived—in American society. In his 1999 book Disposable People, Kevin Bales estimated the world’s slave population to be 27 million. As E. Benjamin Skinner points out in his new release, A Crime So Monstrous, there are more slaves in the world today than at any point in human history. In the first chapter of his book, Skinner described in shockingly vivid detail how easy and inexpensive it was for him, working as an undercover investigative reporter, to purchase a teenaged sex slave in Haiti.

From New York, Skinner explained, it’s about a three-hour flight to Port-au-Prince. The unemployment rate in Haiti runs at around 70 percent. About the only industry that’s booming is the slave trade. In 1998, approximately one in ten Haitian children—some 300,000—had been sold into slavery. A few years ago, that figure had ballooned to 400,000. “These are the children who won’t look you in the eyes,” Skinner notes.

These are also children who have infinitely more reasons to be angry than Jeremiah Wright, who is living a life of wealth and privilege in an upper-middle-class suburb of Chicago.

Slavery—never mind what the most vocal leaders in the black community say—is not distinctly American, or even Western. What is distinctly Western, as Dinesh D’Souza pointed out in The End of Racism, is the abolition of slavery. “The American founders articulated principles of equality and consent which formed the basis for emancipation and the civil rights movement,” D’Souza wrote. Of course, abolition came with a heavy price. Over 500,000 whites were killed during the Civil War—about one for every six blacks who were emancipated. “In all the literature condemning Western slavery,” D’Souza wrote, “few scholars have asked why a practice sanctioned by virtually all people for thousands of years should be questioned, and eventually halted, by only one. …

“[F]or Lincoln as for [Frederick] Douglass, the greatest white and black statesmen of the time, the triumph of the union and the emancipation of the slaves represented not the victory of might over right, but the reverse; justice had won over that of expediency and the principles of the American founding had at long last prevailed.”

As endemic as slave trading still is in our modern world, imagine how much worse it would be in America had the South won. This point was not lost on leading voices of black America soon after emancipation. Booker T. Washington, who began his life as a slave, later became one of the most prominent black educators of his day. He said at the beginning of the 20th century, “Think about it: We went into slavery pagans; we came out Christians. We went into slavery pieces of property; we came out American citizens. We went into slavery with chains clanking about our wrists; we came out with the American ballot in our hands. … Notwithstanding the cruelty and moral wrong of slavery, we are in a stronger and more hopeful condition, materially, intellectually, morally and religiously, than is true of an equal number of black people in any other portion of the globe.”

It’s hard to imagine any American leaders today—white or black—expressing that kind of gratitude for the many blessings God has bestowed on the United States of America. We have taken these superabundant blessings for granted in a way that Booker T. Washington and Abraham Lincoln never would have. The average American has never visited war-torn, disease-infested, poverty-stricken, slave-trading regions in Southeast Asia, Central and South America or black Africa. Most Americans have never observed firsthand the filth and squalor that most people in this world live in—even in places like Haiti, a short plane flight away.

In Third World Haiti, the average family barely survives on a few dollars per month. By Haitian standards, even the poorest Americans live like kings.

Yet, without question, the blessings that black and white Americans have come to take for granted are now rapidly beginning to disappear. And social hardships have been especially brutal within the black community—where nearly three fourths of all children are born out of wedlock and the unemployment rate is almost double that of the rest of the nation.

And for these people, the message coming from leaders in the community like Jeremiah Wright is undeniably clear: Blame the white man. In 2006, Dr. Wright summed up our nation’s core values this way: “We believe in white supremacy and black inferiority, and believe it more than we believe in God.”

In truth, the belief that the United States is a racist nation is more fundamental to the church’s body of beliefs than God Himself.

Frederick Douglass, many years before Abraham Lincoln emancipated blacks, acknowledged, “It is evident that white and black must fall or flourish together.” Douglass understood, like Lincoln, that for the nation to survive, it had to be unified. A house divided against itself cannot stand, Jesus said (Matthew 12:25). Douglass, though he had criticized the Constitution early on, said later in life, “Abolish slavery tomorrow, and not a sentence or syllable of the Constitution need be altered.”

Far from upholding the Constitution today, many leaders in the black community see America’s foundational law as fundamentally racist. And instead of urging Americans to unite as one so that we might “flourish together,” many black leaders are actively inciting hatred and division.

When asked for his reaction to Wright’s incendiary remarks, black activist Jesse Jackson said he was “not going to address any of that now.” He had no comment. Al Sharpton believes Wright has been treated unfairly and that his reputation has been “totally distorted.” And Barack Obama, while he condemns the “controversial” statements of Wright, still considers him part of his own family. “He strengthened my faith, officiated my wedding, and baptized my children,” Obama said. “I can no more disown him than I can disown the black community.” Obama’s wife, as was widely reported, said it wasn’t until her husband’s presidential campaign that she finally became proud to be an American.

Every once in a while, a voice of hope will emerge from the black community, like when Bill Cosby urged his fellow blacks in 2004 to stop blaming the “white man” for their problems and to look at themselves. But those voices are quickly silenced by the cacophony of race merchants and their many accomplices in academia and the liberal media.

Their audacious message of hate may empower and enrich the black leadership, but it does little in the way of helping the black community—and it further divides our nation.

Meanwhile, beyond our borders, the hateful animosity aimed at Americans of every color has never been so intense. Enemies who despise us are circling like vultures, observing our internal strife while planning for our demise. They are intent on taking our peoples captive as real slaves!

Does it seem far-fetched? Do we think that such a colossal collapse could never happen to such a great power as the United States? Do we somehow reason that the great God who gaveus such unprecedented power and wealth is not able to take it all away?

Blaming other races or genders or political groups for our ever-intensifying evils and curses will not solve any of our many problems. “The future of great nations rests on the promises the Eternal Creator made to Abraham,” Herbert W. Armstrong wrote in The United States and Britain in Prophecy. “The only hope of life after death for anyone—regardless of race, color or creed—is dependent on the spiritual phase of these promises to Abraham—the promise of grace through the ‘one seed’—Christ the Messiah!”