It poses a greater threat to humanity than the hydrogen bomb. 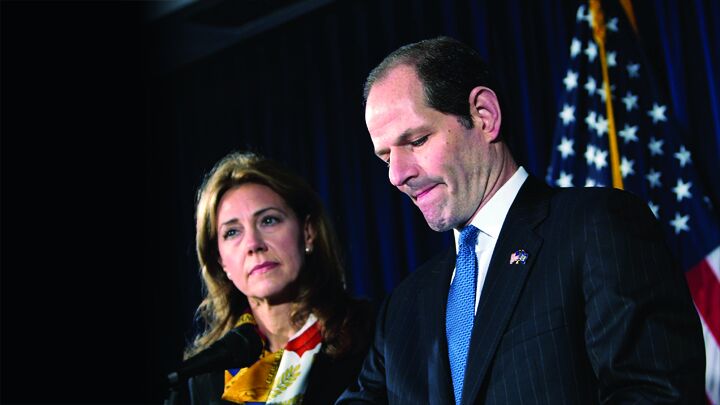 It poses a greater threat to humanity than the hydrogen bomb.

New York Governor Eliot Spitzer resigned in the aftermath of a widely publicized prostitution scandal in early March. He reportedly had unprotected sex on multiple occasions with a 22-year-old prostitute who, for her own part, was dangerously promiscuous. Spitzer put his whole family at risk for illicit sex. In an all-too-familiar scene, the disgraced former governor publicly apologized at a press conference with his wife standing beside him. It appeared as if she had aged 10 to 15 years within hours!

God created sex to bind a husband and wife together and to bring exceeding joy into marriage and family. (Request our free book The Missing Dimension in Sex to understand much more about this all-important subject.) Yet deadly sexual addictions—now rampant in American society—are ripping marriages apart and destroying our young people. Americans are grossly addicted to sexual perversion. It’s a disease raging in our society, from the highest levels to the lowest. The pain caused by sexual perversion is now almost unbearable.

Still, few of our leaders are sounding the alarm.

The Centers for Disease Control and Prevention (cdc) recently released this stunning statistic: “At least one in four teenage girls nationwide has a sexually transmitted disease, or more than 3 million teens, according to the first study of its kind in this age group” (Associated Press, March 11).

Twenty-six percent of teen girls in the U.S. have at least one sexually transmitted disease! The most common std among the girls tested was the human papillomavirus, which medical authorities say is linked to cervical cancer. This report doesn’t account for all of the emotional damage that has been done to these young women (and the young men who are also involved).

Dr. John Douglas, director of the cdc’s division of std prevention, said, “High std rates among young women, particularly African-American young women, are clear signs that we must continue developing ways to reach those most at risk” (ibid.).

There is a cause for the sex problems we see in America. And until we root out this deep-seated evil, we will never be free of sexual perversion and all the bitter fruits it produces.

Here is another shameful statistic: Pornography in the U.S. generates $14 billion per year—$2.5 billion from the Internet. Fourteen billion dollars is more money than professional baseball, football and basketball generate combined—all of these hugely profitable sport franchises. Think about how many massive corporations there are in the United States that do not even come close to $14 billion in revenue.

Approximately 40 million people in the United States are sexually involved with the Internet! In addition, America is the number-one supplier of pornography to the world! Pornography is America’s top “entertainment” export. How sexually sick can we get? And how sick are we making the rest of the world?

Ted Bundy was one of the biggest sex perverts and criminals of our time. He was executed on Jan. 24, 1989, for the brutal rape and murder of many women in several states. He talked to Dr. James Dobson only hours before his execution. This is what he said: “I wasn’t some guy hanging out in bars, or a bum. I wasn’t a pervert in the sense that people look at somebody and say, ‘I know there’s something wrong with him.’ I was a normal person. I had good friends. I had a normal life except for this one, small but very potent and destructive segment [pornography] I kept very secret and close to myself.”

Is that true? It’s so true it’s painful; and yet, we hide from it. The sex plague rages on, and we do nothing to stop it! How much responsibility should we take for that because we allow it to happen?

Abc News reported, “Cyberporn is not just breaking up marriages. It can have another, even more insidious effect: keeping young people from even forming relationships” (Aug. 27, 2004). That is a frightening statement! What it means is that young people by the millions get hooked on porn before they even know anythingabout dating or marriage and having a family—the most sacred institution on Earth. They never learn anything about God’s view of sex. They’re perverted before they even get to be adults and never learn about God’s awesome purpose for marriage and family life. If that isn’t a tragedy, I don’t know what tragedy is.

Does this staggering sickness have to destroy us before we understand what is happening?

Why would a public official risk everything to get involved in illicit sex or pornography? Why do people in high places fall because of this? The main problem is addiction—they get addicted to it. It’s like heroin, and it’s so difficult to ever overcome.

America exports its pornography to the rest of the world and calls it “free expression.” In truth, it’s the worst slavery you can imagine! Those who call it free expression don’t know what they’re talking about. It has nothing to do with freedom! It’s all about slavery. Millions of people are getting hooked on pornography and destroyed by it. Marriages and families are being destroyed—and if you destroy the family, you destroy the nation.

You’ll never understand the magnitude of the evil of pornography until you understand God’s master plan—the gospel—of the coming Family of God. Marriage is a type of the coming marriage to Christ. Family is a type of the God Family. As we have a marriage and as we have a family, we should try to pattern it after the marriage to Christ and after the God Family, to become perfect as our Father in heaven is perfect (Matthew 5:48). Marriage and family are God-plane relationships.

Nothing will solve the pornography problem except understanding our God Family potential. Pornography strikes at the very heart of God’s family plan. The Bible reveals that God destroyed Sodom and Gomorrah as an example for us in the last time (Jude 7). The main cause of that catastrophe was sexual addiction.

How many people believe the Bible? The absolute truth is that we’re going to suffer until we believe God’s Word—and start living by it.