Media elites revealed more about themselves than about the Queen or her realm.

By Joel Hilliker and Richard Palmer 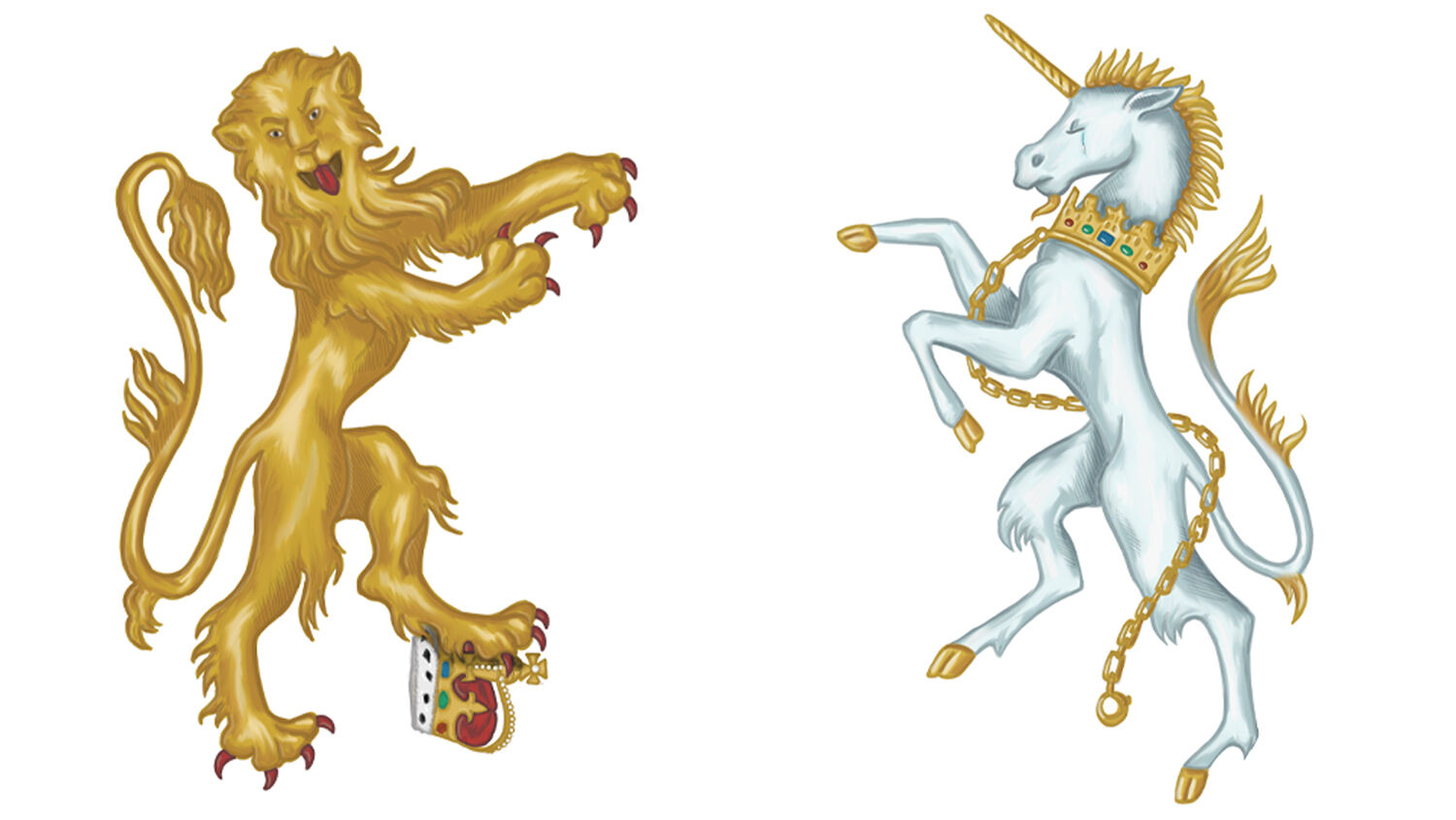 Media elites revealed more about themselves than about the Queen or her realm.

By Joel Hilliker and Richard Palmer

The death and funeral of Queen Elizabeth ii inspired a phenomenal outpouring of grief, sympathy, nostalgia and gratitude from people worldwide. Scots, Englishmen and others came out in masses, filling streets in mannerly throngs to pay respect as her casket, draped in the royal standard, passed from Balmoral Castle to St. Giles’ Cathedral to Buckingham Palace to Westminster Hall to Westminster Abbey to Windsor Castle, accompanied by dress-uniformed elite soldiers, sailors, pilots, grenadiers, yeomen, gentlemen at arms and Commonwealth forces in full regalia. This landmark event occasioned closures, massive crowds, innumerable blooms, guns firing on the minute, services of thanksgiving, hymns to God and other expressions of affection, contemplation, gratitude and respect.

As the Queen lay in state, hundreds of thousands formed a queue 10 miles long (and some stood in a line to wait their turn to stand in the queue), slowly weaving along the Thames in central London, to await their turn to pass by her for a few seconds and bow, curtsy and otherwise show honor.

This outpouring of love at this historic and somber ending of an era made the outpouring of crass hate all the more shocking. Particularly in the United States, it seemed the radical-left media elites were unable to mention the Queen without trying to smear her. This small minority shouted into its media megaphone every ugliness, factual and fictitious, they could think of. Their toxin of choice: gratuitous emphasis on slavery.

usa Today amplified the views of a third-place South African political party that declared, “We do not mourn the death of Elizabeth …. During her 70-year reign as Queen, she never once acknowledged the atrocities that her family inflicted on native people that Britain invaded across the world.” The New York Times and nbc publicized the views of a professor who had posted online: “I heard the chief monarch of a thieving raping genocidal empire is finally dying. May her pain be excruciating.” She told the Times that “her throne represents … the legacy of enslavement and colonialism.” Meanwhile, other Times writers became extreme fiscal conservatives for just long enough to criticize the expense of the funeral. msnbc told its viewers that the Queen “represented white supremacy” and led “an institution that had a long and ugly history of brutal colonialism, violence, theft and slavery.” Time blamed the British Empire (200 years before Elizabeth was crowned) for “quietly unleashing a process of climate change.” cnn angrily told viewers that “the wealth of these people was derived from the Empire.” Hosts from the View said that “the monarchy was built on the backs of black and brown people.”

This is the same news media that portrayed mass-murderous Islamist terrorist Qassem Suleimani as an “austere religious scholar” when he died. It’s the same media that exerted itself to elevate Meghan Markle and her attacks, some of which were demonstrably false, on the royal family. The New York Times presented her accusations as showing that “the British monarchy is a toxic den of backbiting and racism.” The Washington Post characterized the royal family as “a predominantly white institution with a racist past,” adding that “racism continues to seep through every facet of British royal life.”

What is going on here?

No other nation produced America’s level of hateful coverage. Read the news from Russia or from European countries—some of which Britain has been at war with a good many times—and you will not find accusations of the Queen as a racist white supremacist.

The American media elites who concocted this narrative were intentionally mum about the fact that slavery has existed across civilizations throughout human history. They hid the fact that Britain was the first world power in history to abolish slavery at a time when it stood to profit greatly from it; that arguably the greatest anti-slavery force in the history of the world was the Royal Navy; that the British people’s moral convictions about human freedom compelled British forces into Africa to stop leaders there from selling slaves; that British taxpayers paid out billions in today’s money to free hundreds of thousands of slaves; that the dominions of the British Empire were actually a net cost to Britain rather than a source of wealth; and that, though flawed like all human institutions, the empire belonging to this specific monarchy elevated the health, wealth, education and lives of billions of subjects and colonists around the world—more than any empire ever. No other power in the world has such an impressive anti-slavery history.

Those elites contorted themselves to mention the word “slavery” as often as possible without mentioning the above facts, the fact that the last nation to abolish slavery did so in 2007, or the fact of how many people are enslaved right now.

At the very same time that editors were crafting just the right headlines to connect Queen Elizabeth ii with slaves that her great-great-great-grandfather assented to free 189 years ago, the United Nations published its “Global Estimates of Modern Slavery” report. The UN’s International Labor Organization and International Organization for Migration studied how many people live “in situations of modern slavery on any given day, either forced to work against their will or in a marriage that they were forced into.”

And how many slaves exist in our modern society? Judging by how much the hyper-sensitive media has reported on the prevalence of slavery, you might guess that there are but a few thousand of them scattered across a handful of little-known dictatorships.

The correct answer is nearly 50 million.

The report states that 1 out of every 150 people in the world is trapped in slavery that can last for years or a lifetime, and that 1 in 4 slaves suffer from “commercial sexual exploitation.” One in five slaves are children. More than half of these children are being raped. The number of slaves worldwide has grown by 10 million (an appalling 25 percent) in just the last five years. That equates to roughly the same number of slaves in the trans-Atlantic slave trade over a span of 300 years.

We commonly call it “human trafficking” or “commercial sexual exploitation,” but it is really slavery, and it affects more people today than ever in human history—and it is spreading fast.

The head of the International Labor Organization, Guy Ryder, said, “It is shocking that the situation of modern slavery is not improving.”

It is equally shocking that you rarely even hear about it.

Why does such abusive, biased, often blatantly false coverage of the history of the Queen and her realm pour forth from some quarters? Why, especially, from the nation with which Britain has held the oft-mentioned “special relationship”?

Why do the same radical-left American media elites fixate on long-gone slavery in Britain (and America) while ignoring the indirect support for slavery given by megacorporations who work with regimes like the Chinese Communist Party, which effects inescapable surveillance, barbaric forced labor and twisted sexual enslavement of millions of people? How can these same people ignore the garish reality that 50 million of our fellow human beings are enslaved?

If they were actually concerned about slavery, or even about keeping up appearances, the American radical left would behave far differently. The real motivation for their attack is not to end slavery, to fell oppressive regimes, or to grant people freedom like those Royal Navy sailors risked their lives to do.

The real motivation is to divide America and Britain—and to bring them both down.

Though they were diplomatic enough to hide it at the time of the Queen’s death and global outpouring of interest, honor and love toward her, Barack Obama and his operative Joe Biden have repeatedly pitted America against its closest ally.

When Obama first moved into the Oval Office, he famously expelled the bust of Winston Churchill. He worked hard to keep Britain from declaring independence from the European Union, threatening to put Britain at “the back of the queue” for any trade agreements. Under Biden, the same policy is back. An anonymous official told the Telegraph that Britain had given up trade with the U.S., faced with “the reality that Biden is not doing any deals.”

A hostile, anti-British spirit suffuses the upper echelons of the radical left in America. It is especially antipathetic toward the royal family.

One of the key prophecies for understanding this trend in Britain and America is 2 Kings 14:26, which states, “For the Lord saw the affliction of Israel, that it was very bitter: for there was not any shut up, nor any left, nor any helper for Israel.” As Herbert W. Armstrong proved in The United States and Britain in Prophecy, Britain and the U.S. are the most prominent of the modern descendants of ancient Israel. The lineage of those in Britain’s royal family traces back to King David himself.

“People are creating and aggravating divisions within America and Britain—regarding race, class, politics and anything else they can think of. Now they are sowing divisions between these two nations,” wrote Mr. Flurry. “Splitting Britain and America apart from one another means that they cannot help each other.

“Threats in the world are increasing. Other nations are betraying and attacking America and Britain and Israel. Many Bible prophecies show these trends will intensify. In a world this hostile, Britain, America and the Jewish nation of Israel need to stick together and to turn toward God. But they are splitting from God and from each other. There will be no helper for Israel—not even from other modern Israelite nations” (ibid).

The spirit motivating this hatred for the Queen, the monarchy and Britain, is the same spirit that stirred hatred for King David and for Israel anciently. It is a perennial spirit that abhors and resists the law and way of life taught in the Bible. That spirit hates God and His intervention in human affairs. In fact, it hates human freedom and loves human slavery of all kinds.

Although even the Queen herself might have forgotten, the history of the throne she ruled from leads straight back to Israel and to God’s plan, not just for Israel but for all mankind.

The United States and Britain in Prophecy
People of the Western world would be stunned—dumbfounded—if they knew! The governments of the United States, Britain, Canada, Australasia, South Africa would set in motion gigantic crash programs—if they knew! They could know! But they don’t! Why?
From The November-December 2022 Philadelphia Trumpet
View Issue FREE Subscription
Next
Previous