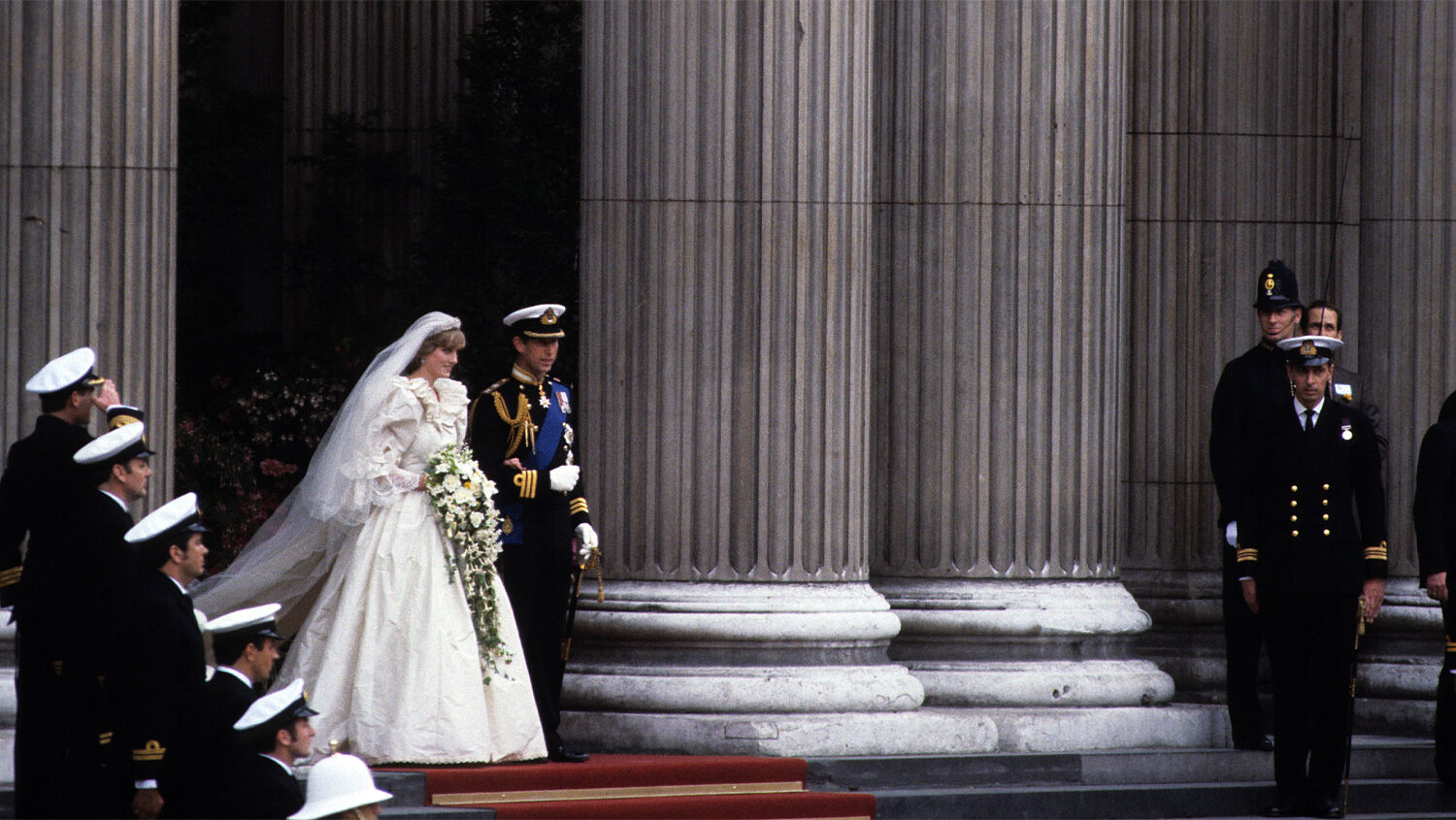 Look back at Charles’s first marriage. The New York Times wrote this on July 2, 1981: “Lady Diana Spencer has decided that she will not promise at her wedding, four weeks from today, to obey Prince Charles. Queen Elizabeth ii, Princess Margaret, Princess Anne and a long line of royal brides before them have included the word ‘obey’ in their wedding vows, as prescribed in the Anglican Book of Common Prayer dating from 1662. But Lady Diana has chosen to follow the new ritual of the Church of England, and she will promise in the ceremony at St. Paul’s cathedral only to ‘love him, comfort him, honor him, and keep him in sickness and health.’”

One clergyman responded, “Marriage is the kind of relationship where there should be two equal partners, and if there’s going to be a dominant partner, it won’t be settled by this oath. I think this is much more Christian.”

Does this man know his Bible? Does he have any idea what the God-ordained institution of marriage is all about?

Ephesians 5 has perhaps the Bible’s most important passage about marriage. It begins in verse 21: “Submitting yourselves one to another in the fear of God.” People seem to think that if a woman is to obey her husband, he will be a tyrant and subject her to terrible abuse. That does happen in non-biblical marriages, but it is not what the Bible commands at all. It says husbands and wives must submit themselves one to another.

Now read verses 22-24: “Wives, submit yourselves unto your own husbands, as unto the Lord. For the husband is the head of the wife, even as Christ is the head of the church: and he is the saviour of the body. Therefore as the church is subject unto Christ, so let the wives be to their own husbands in every thing.” Yes, the man is the head—so says your Bible. Is that Christian? That’s the only thing that is Christian! But few people today accept this.

Jesus Christ said we ought to live by every word that proceeds out of the mouth of God (Matthew 4:4)—but it is rare for people to live by that scripture.

Paul continues, “Husbands, love your wives, even as Christ also loved the church, and gave himself for it …. So ought men to love their wives as their own bodies. He that loveth his wife loveth himself” (Ephesians 5:25, 28). That is no tyrant! This is the way God says a man must treat his wife: as his own body! “For this cause shall a man leave his father and mother, and shall be joined unto his wife, and they two shall be one flesh” (verse 31).

Now, note what Paul says next: “This is a great mystery: but I speak concerning Christ and the church. Nevertheless let every one of you in particular so love his wife even as himself; and the wife see that she reverence her husband” (verses 32-33).

This passage is primarily talking about Jesus Christ’s marriage to His Church! Marriage is much more than a legal arrangement or a tradition. True Christians who are called out before Christ’s Second Coming will marry Him in the greatest of all royal weddings and share His throne and help Him rule the world!

We must understand that marriage is a God-plane relationship. That is what God is telling us in His inspired scriptures about marriage. It pictures a spectacular spiritual reality, and it must operate according to God’s law and God’s vision. It will never work any other way.

Did Prince Charles and Diana’s marriage work? I’m afraid it didn’t. And the whole world witnessed it. Why didn’t it work? These verses supply the answer. Other scriptures say the same thing (e.g. Titus 2:5; 1 Peter 3:1-6; Colossians 3:18).

Charles and Diana discarded God’s command for the wife to be subject to her husband. When Prince William married Kate Middleton, they followed that example. So too did Harry and Meghan Markle. Quite often there are a lot of serious problems in marriages like that.

Herbert W. Armstrong visited Prince Charles two times. When Charles married Diana, Mr. Armstrong said this about it: “[I]n that wedding ceremony there was nothing that the wife had to obey the husband. That was all left out! Oh, it was going to be 50-50. Well, let’s watch and see whether it lasts or not. When you have 50-50, the wife is wearing the pants and is the boss. … Isaiah 3:12 says the wife will end up being over the husband, and then the children would abuse the wife, because they don’t obey her. And you have a family that just falls apart in so many cases.”

Why won’t we listen to God? God is telling us how to bring our families together and fulfill their God-plane purpose! What a wonderful, beautiful blessing! What could be more important? That marriage typifies the Church’s marriage to Christ. And family is also a God-plane relationship. God wants you to do all you can to help your children and turn the heart of the fathers to the children, and the heart of the children to their fathers (Malachi 4:6). When we follow God’s formula, it produces godly children. That family pictures the God Family and all those who will be born into that Family as they choose to obey God and live His way! What a wonderful, wonderful truth!