Britain is ashamed of its imperial past. It shouldn’t be. The right kind of empire has a noble and powerful impact on this world! 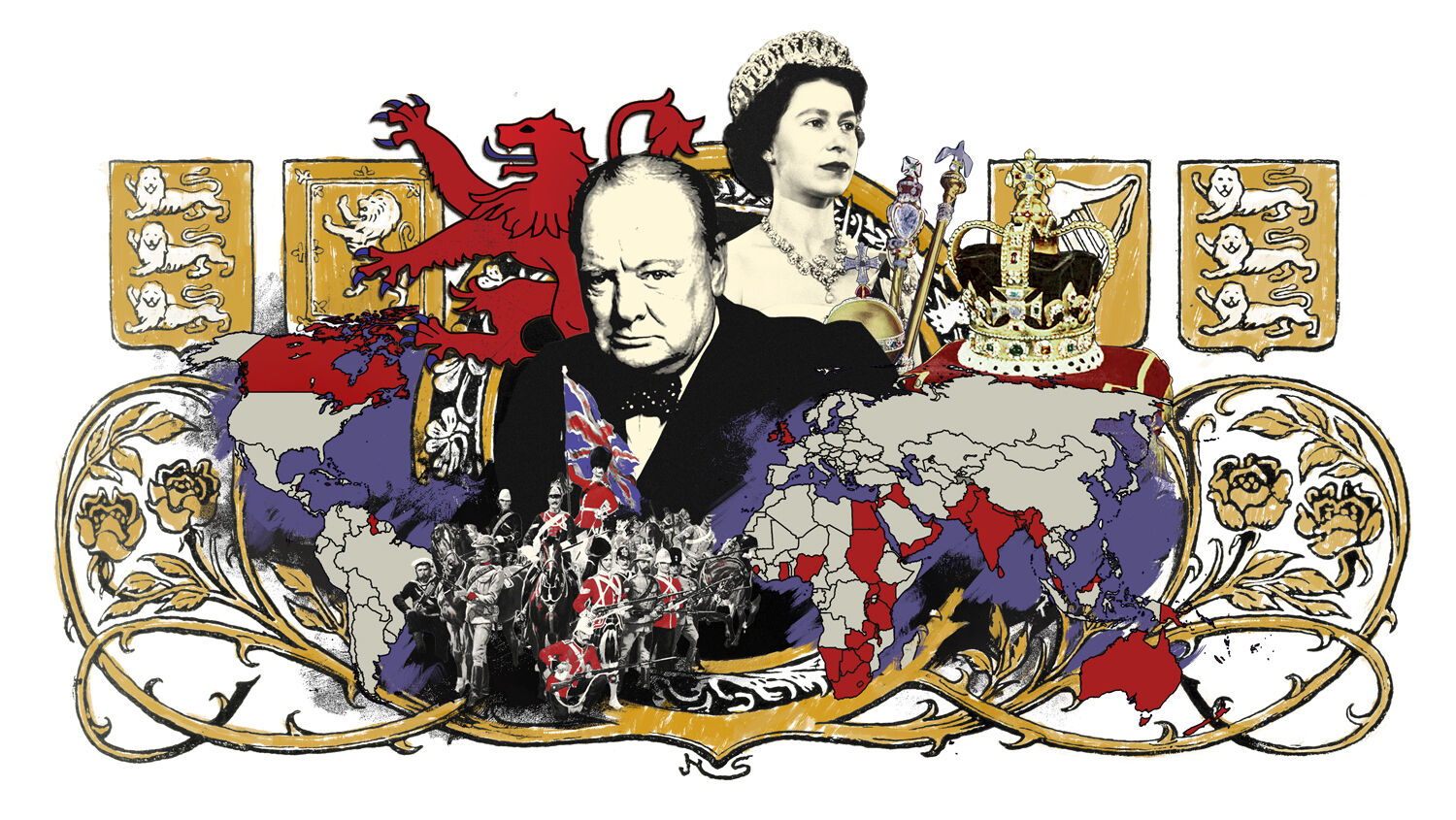 Britain is ashamed of its imperial past. It shouldn’t be. The right kind of empire has a noble and powerful impact on this world!

In so much of academia and politics today, history is under attack, and the British Empire is at the heart of the storm. Anything related to empire is denounced as evil. The great figures of the Empire are being torn down.

Prof. Philip Murphy at the University of London said Britain is seeing a new sort of politics “in which empire is almost the original sin of Great Britain, because it’s inherently racist and it embodies all the authoritarian masculine values that the left is now in revolt against.”

This trend is devastating to Britain and to the world. It is also a perverse misrepresentation of Britain’s imperial past.

During the reign of Queen Victoria, the British Empire’s holdings around the globe expanded until it had become the largest empire in history. Though Great Britain was a small island nation, by the end of the 19th century it was said that the sun never set on its territory. With its colonies, protectorates and territories, the Empire included over 14 million square miles of land and 450 million people—more than a quarter of the global population. With supremacy at sea, Britain took on the role of global policeman and came to dominate world politics.

Owning such a large amount of the planet gave Britain unparalleled power in world trade and granted it significant influence over the economies of many countries. In Britain’s ports, ships arrived from all over the globe carrying goods and raw materials that fueled the local economy.

But the empire had a much larger purpose than simply to manage wealth. Those resources supported an age of scientific, industrial, cultural and military advancement in the United Kingdom and beyond. “The glory of the British Empire was its service to a cause that transcended Britain, that transcended history, that transcended time itself,” author and historian Kirk Emmert wrote in his excellent book Winston S. Churchill on Empire.

Of course, the British Empire wasn’t perfect; there were many mistakes and injustices. But it emphatically was not the cruel, evil, inhumane force that many today think it was.

Emmert wrote that in Churchill’s view, the British Empire acted to “lift human life away from barbarism and savagery towards civilization and human excellence.” In many instances, that is exactly what it did. It was a powerful civilizing force that benefited all humanity!

Ferguson does a very good job making the case that “the world we know today is in large measure the product of Britain’s age of empire.” He documents Britain’s towering contributions to the lands it colonized, and to humanity in general—contributions that included the English language and literature; English forms of land ownership; Scottish and English banking; Common Law; team sports; representative assemblies; and modern notions of freedom and liberty.

All these things were rooted in Judeo-Christian values, which the British shared with mankind during their global rule.

Isn’t an empire that leads the world away from savagery toward human excellence a good thing? This world needs that kind of empire!

Even America’s forefathers, despite their hostility to many facets of British rule, recognized Britain’s enormous contributions to the moral view of man. In June 1783, George Washington wrote, “The foundation of our empire was not laid in the gloomy age of ignorance and superstition, but at an [epoch] when the rights of mankind were better understood and more clearly defined, than at any former period ….”

On July 10, 1833, Lord Macaulay stated in a speech before British Parliament, “There is an empire exempt from all natural causes of decay. That empire is the imperishable empire of our arts and our morals and our literature and our laws.” Such men believed Britain had a unique and special system of law, values and morals, and they wanted to share those with the rest of mankind.

Contrast that ideal with what you see today, when Britain’s greatest export is lawless, amoral, drunken thuggery! Just laws and upright morals should be exported around the world. But Britain instead spreads deep corruption and a plague of evil, as does America. That is a terrible shame.

Emmert explained that Churchill believed that the “fostering of civilization [is] the highest purpose of empire.” It was Churchill’s hope and belief that the British Empire, grounded on a strong system of law and morality, would improve the character of both Britain’s leaders and its subjects. It never did this perfectly, but it did so more than any other people or empire!

Human history has certainly produced some very evil empires. Rather than civilizing the world, some empires have made it more barbaric and violent. According to biblical prophecy, the most savage empire of all is going to rise just before Jesus Christ’s Second Coming—and we can see it emerging before our eyes in Europe today! At present, it is disguised with sophistication, but soon it will revert to its historical brutality.

That ugly history has contributed to the evil view that many people today have of empire in general, especially among intellectuals and scholars in the West. However, the existence of these barbarizing empires doesn’t change the good that a civilizing empire can do. And the scholars’ cynical portrayal of the British Empire is very deceptive and dishonest.

At its core, is empire immoral? No. There is nothing wrong with empire if it brings good. Truly, the right kind of imperialism can accomplish great things!

In fact, if you understand the gospel that Jesus Christ brought to Earth—advance news from God the Father of the soon-coming Kingdom of God—it was at its heart an imperialistic message! The Kingdom of God could very accurately be called the God Family Empire!

God has a plan to lift human life away from barbarism and savagery toward civilization and excellence. He has a strategy to spread just laws and right morals. He intends to fulfill the noble purpose of fostering the right kind of civilization for the benefit of the whole world!

God is laying the foundation of that future Empire today. He is preparing a people—His Church—who will be ready when the time comes that Jesus Christ is crowned King of kings and Lord of lords.

Are you one whom God could use for that noble purpose? Would you devote your life to this greatest of all causes?

Think on this statement from James Anthony Froude, which he wrote in his book Oceana: “A man … who is more than himself, who is part of an institution, who has devoted himself to a cause—or is a citizen of an imperial power—expands to the scope and fullness of the larger organism; and the grander the organization, the larger and more important the unit that knows that he belongs to it. His thoughts are wider, his interests less selfish, his ambitions ampler and nobler. … A great nation makes great men, a small nation makes little men” (emphasis mine).

Froude was talking about the British Empire. Churchill and many others were living proof of that statement. That great Empire ennobled them and set their imaginations on fire.

But Froude’s observation is infinitely truer of the Empire that God Himself is establishing! This Empire improves both rulers and ruled. The more we understand it and commit our passions to it, the less selfish our interests, the wider our thoughts, the ampler and nobler our ambitions become!

After all, this is God’s Empire! It is the greatest, most wonderful and inspiring endeavor that will ever be. No nation or kingdom on Earth will ever produce greater men and women than God’s Kingdom—and you can join forces with it even today!