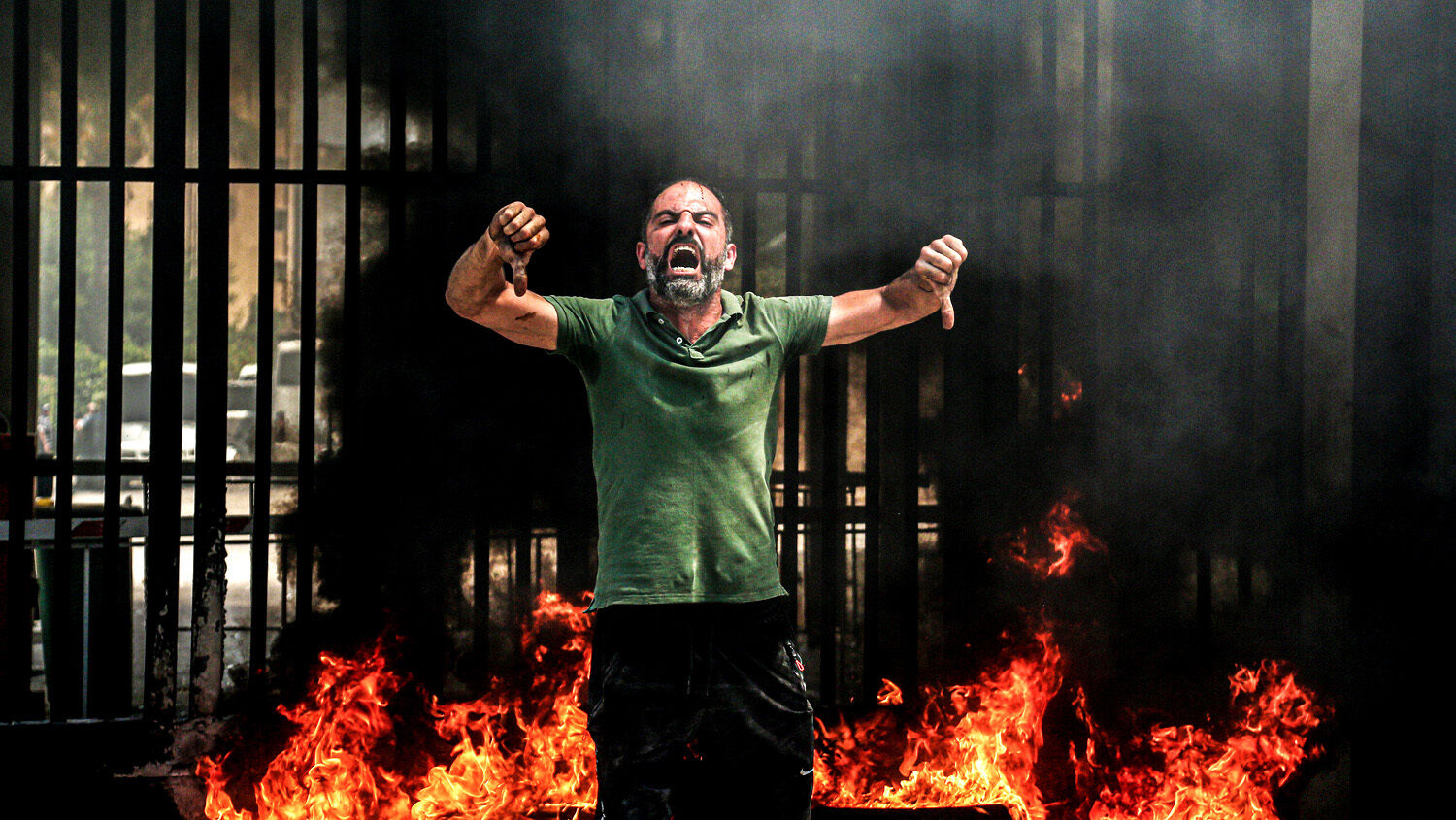 A Lebanese activist gestures during a July 7 protest against the current economic situation of the country in front of Lebanon Central Bank.
Marwan Naamani/picture alliance via Getty Images

And what Bible prophecy indicates about its future

Lebanon is the angriest nation in the world. According to data published by Gallup in the beginning of August, almost half of respondents (49 percent) said they regularly experience anger. Residents named the 2020 Beirut Port blast, the covid-19 pandemic and an economic crisis as causes for their anger. The growing frustration in Lebanon is mostly directed at the government and may very soon lead to a dramatic transformation of the country.

This is a development the Trumpet has watched closely. In 2020, just after the Beirut blast, Trumpet editor in chief Gerald Flurry wrote: “Following the explosion, the streets of the capital are burning with anger against Hezbollah and the Lebanese government. France and Europe are watching and appear to be ready to support the people in throwing off Iranian influence.”

Lebanon has been closely aligned with Iran and its terrorist organization Hezbollah. But this alliance is not working out for the average resident in Lebanon. Iran is seen as the leader of Shiite Muslims in the region, while Saudi Arabia represents Sunnis. Although Lebanon is currently allied with Iran more than with Saudi Arabia, Lebanese Muslims are almost evenly split between Sunnis and Shiites. What’s more, roughly a third of its population are Christian and most of them Catholic. “Lebanon’s religious medley makes it particularly volatile in the turbulent Middle East,” we wrote in a 2021 article, titled “Civil War Is Simmering in Lebanon.”

The recent survey shows that the reaction to the 2020 blast wasn’t a temporary outburst of rage. This vindicates what Mr. Flurry predicted when he wrote that the anger resulting from the Beirut blast could “ignite a radical political change within the nation.” He also explained why we need to watch this development closely:

To longtime Trumpet readers, the significance of this moment is clear. We have been writing about this transformation in Lebanon for years, based on a powerful biblical prophecy. I believe what happens next in Lebanon will validate not only the Trumpet, but more importantly the Word of God, upon which we base our news forecasting. Events in Lebanon are proving the Bible accurate!

Daniel 11:40-45 and Psalm 83 are end-time prophecies that have guided the Trumpet’s prediction on Lebanon’s future. According to these prophecies, Lebanon will pivot from its alliance with Iran toward an alliance with Europe and Saudi Arabia. The anger currently building in Lebanon is a sign that its people are upset with the status quo and that Bible prophecy is about to be fulfilled.

Psalm 83 prophesies that Lebanon’s anger will soon manifest itself by joining a conspiracy against Israel. Verses 5-8 of this chapter read: “For they have consulted together with one consent: they are confederate against thee: The tabernacles of Edom, and the Ishmaelites; of Moab, and the Hagarenes; Gebal, and Ammon, and Amalek; the Philistines with the inhabitants of Tyre; Assur also is joined with them: they have holpen the children of Lot. Selah.”

Our article “A Mysterious Prophecy” explains that Gebal and the inhabitants of Tyre refer to modern Lebanon, and Assur, or Assyria, is modern Germany. This prophecy shows that while Lebanon will break its alliance with Iran and ally with modern Germany, its anger will continue and lead to a violent plot against the Jewish people. Incidentally, Lebanon’s hatred for the Jewish nation was also on display this week as a young Lebanese chess player refused to compete against an Israeli rival in an international tournament.

Lebanon is divided and frustrated. And the Bible reveals where its anger will lead. As Mr. Flurry explained, the coming dramatic shift in Lebanon might be preceded by a bloody civil war that will be followed by even more horrifying prophecies. But as he also noted, we have to remember that these events are destined to lead to the return of Jesus Christ—who will turn not only Lebanon’s but the whole world’s frustration into joy.

To understand this soon-coming significant turn of events, read “Why We Told You to Watch Lebanon.”