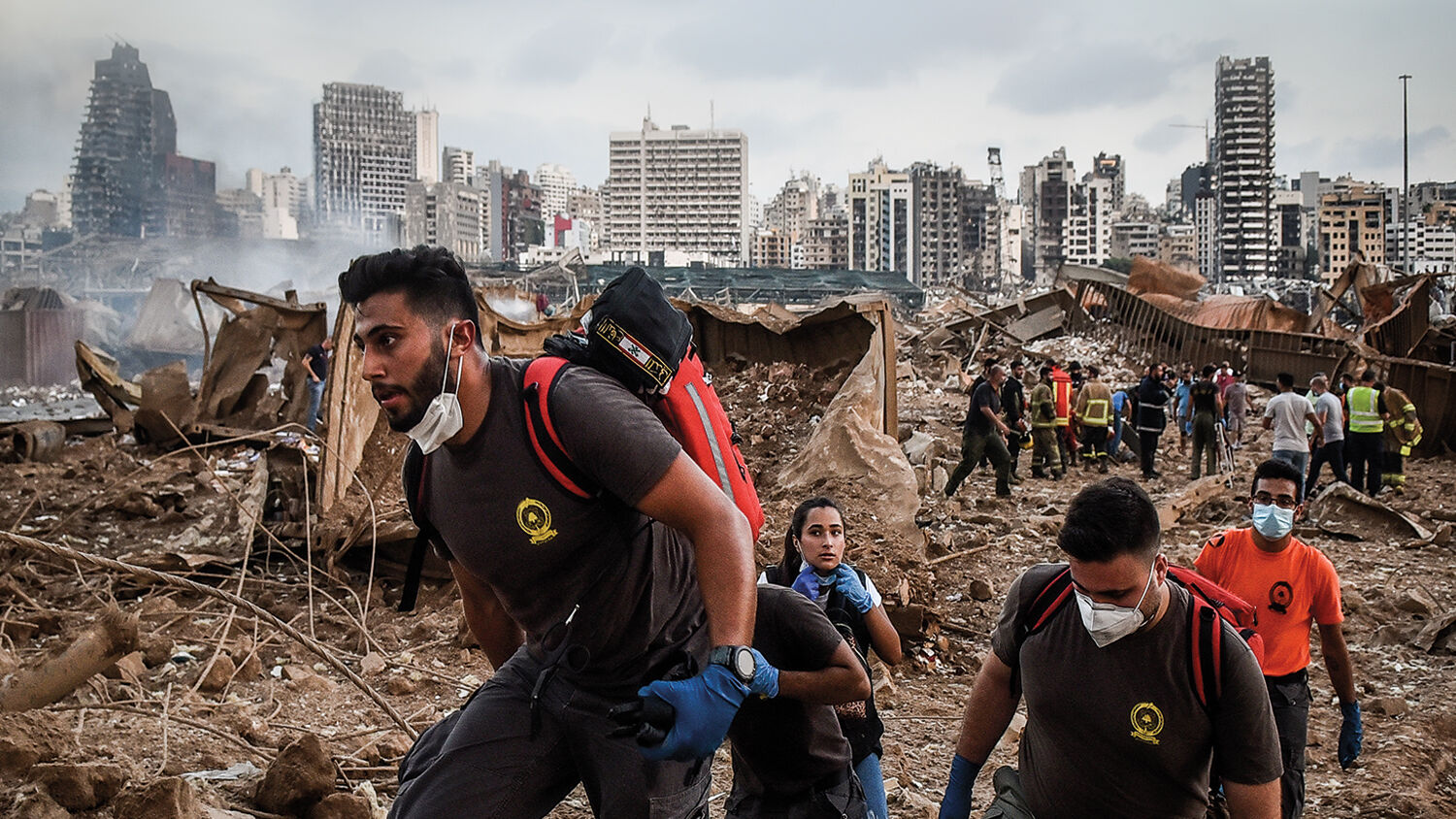 On August 4, the world was shocked by a massive explosion that destroyed much of downtown Beirut, the capital of Lebanon.

It quickly became clear that this blast will likely ignite a radical political change within the nation.

To longtime Trumpet readers, the significance of this moment is clear. We have been writing about this transformation in Lebanon for years, based on a powerful biblical prophecy. I believe what happens next in Lebanon will validate not only the Trumpet, but more importantly the Word of God, upon which we base our news forecasting. Events in Lebanon are proving the Bible accurate!

Six years ago, Saudi Arabia announced that it would give $3 billion to Lebanon’s army so it could buy French weapons. I wrote an article for this magazine titled “Why You Need to Watch Lebanon.” Lebanon was—and is—dominated by Hezbollah, an Iranian proxy terrorist group. But I explained the prophecy in Psalm 83 that foretells Lebanon’s future. It shows that Hezbollah will forfeit much of its power and that Iran will lose its grip over Lebanon—that the nation will instead ally with Saudi Arabia and other moderate Arab states, along with German-led Europe.

I wrote: “Saudi Arabia’s gift is a deliberate attempt to remove Iran’s hold over Lebanon. It is also part of a larger strategy to bring the moderate Arab states together with Europe to counter the Iranian-aligned Shiite crescent developing in the Middle East. This was just a small sign of an alliance that is going to build into something enormous that will shock this world. …

“This heavy Christian population makes Lebanon different from the rest of the Arab world. By calling on Europe to participate in this deal—designed to protect the Lebanese from Shiite extremism—Saudi Arabia opens the door for a Sunni-Catholic alliance! … Because of its high population of Christian Arabs, Lebanon has become a linchpin for the Psalm 83 alliance. …

“Time will tell how the details come about, but the possibility of European fighters coming up against Iran is something we have been watching for years. Here is a scenario, based on a budding Arab-European alliance, that could see Europe expand its footprint in the Middle East and hasten the massive confrontation of Daniel 11:40.”

However, soon after, Saudi Arabia decided it was too risky to fully implement the deal. The Saudis and the French realized they had underestimated the power of Iran’s hold on Lebanon and feared that such a supply of weapons would further empower the Iranians.

Still, the potential deal was a signal of intent—and a harbinger of an alliance that will shock the world.

Six years later, it seems this blast in Beirut could drive the change in Lebanon that the arms deal could not.

Following the explosion, the streets of the capital are burning with anger against Hezbollah and the Lebanese government. France and Europe are watching and appear to be ready to support the people in throwing off Iranian influence.

In a Key of David program in 2014, I said: “That means there’s going to be now a civil war, a bloody civil war in Lebanon for control of Lebanon, and you’re going to see Lebanon and the European power prevail in that battle.”

The scene is once again set for dramatic fulfillment of biblical prophecy. Please take time to read “The Beirut Blast: Catalyst for Biblical Prophecy” on page 2 of this issue to see how this event has pushed Lebanon toward fulfillment of this prophecy.

Continue to watch Lebanon. The nation is going to descend into another civil war. As you watch this terrible scenario unfold, recognize that bloody event as one in a chain reaction that the Bible says is destined to end in the Second Coming of Jesus Christ! God has laid it all out for us to see in His majestic prophecies. We must view the horrors of this explosion in Beirut in the full context of God’s plan for humanity. Then you can see God’s hand and the ultimate hope that lies beyond. 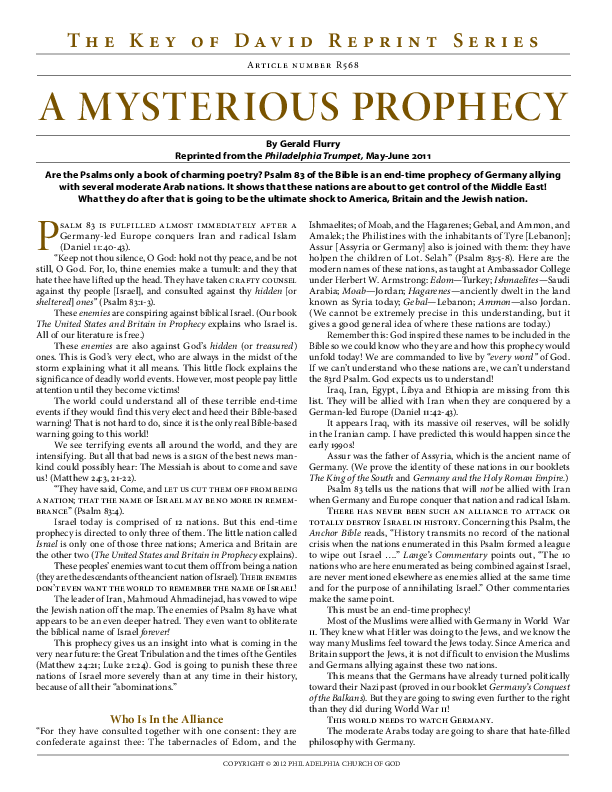