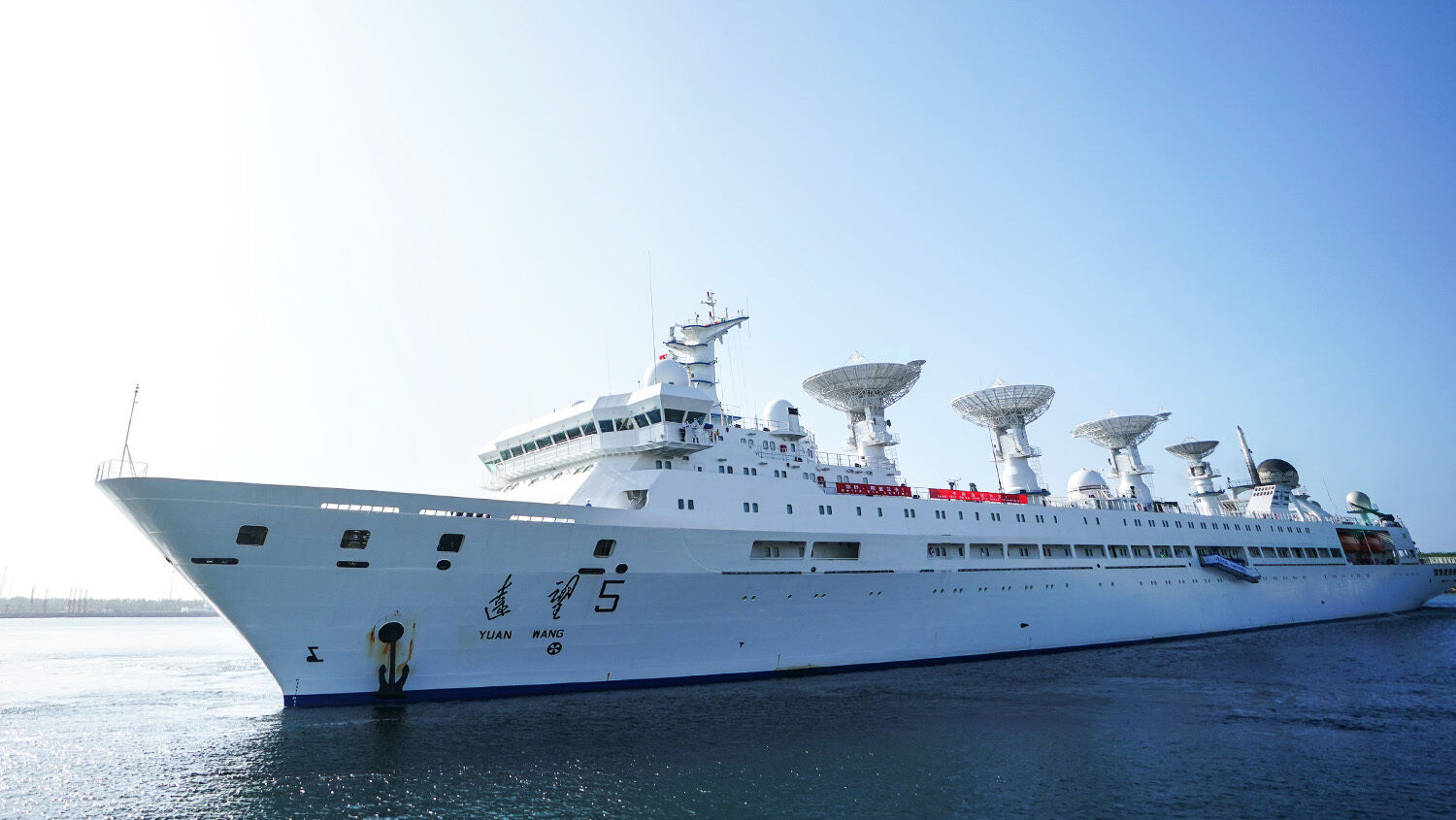 China’s most capable spy ship, the Yuan Wang 5, arrived at Sri Lanka’s port of Hambantota on August 16, in the latest sign that the island nation could soon host a Chinese naval base.

Despite China’s claims to the contrary, the Yuan Wang 5 is understood to be under the command of the Chinese military, the People’s Liberation Army. Security experts say it is used to monitor satellites and intercontinental ballistic missiles, as well as surface activities up to 450 miles away. “The vessel has state-of-the-art technology, making it one of the newest generations of tracking ships in the Chinese Navy,” India Today wrote.

Sri Lanka’s Foreign Ministry said it has authorized the ship to remain in Hambantota until August 22 to refuel and resupply on the condition that it would refrain from conducting research in Sri Lankan waters. In response to criticism from India and the United States, Arindam Bagchi, a spokesman for Sri Lanka’s Foreign Ministry said: “Sri Lanka is a sovereign country and makes its own independent decisions.”

But the reality is that Sri Lanka is profoundly beholden to Beijing and makes many decisions in accordance with China’s will. In the 2000s, the Sri Lankan government started borrowing heavily from the Chinese. Then in 2013, Chinese Secretary General Xi Jinping rolled out his Belt and Road Initiative (bri), a plan to loan poorer nations cash to build infrastructure to tightly link them into Chinese trade. Sri Lanka was among the earliest and most eager nations to sign on. It welcomed infusions of Chinese money to build several infrastructure projects, including the Hambantota port on Sri Lanka’s southern coast.

This port is at a key location for the maritime “road” part of China’s bri. But for the Sri Lankan economy, the project was a lead balloon. Instead of fueling growth, the Hambantota port (and other Chinese-funded infrastructure projects) sank Sri Lanka deeply into unsustainable debt. By 2016, more than 30 percent of government revenue was spent servicing Chinese loans, and the intensifying strain forced Sri Lanka to seek bailouts from the International Monetary Fund. From there, Sri Lanka’s circumstances only got worse.

In 2017, as pressure intensified, Sri Lanka’s government decided that its only option was to give China a controlling stake in the Hambantota port for 99 years. The transfer set off alarms around the world because of its considerable military implications. “The acquisition provided Beijing with a deepwater port in the region in which it can dock its navy, off the coast of its key regional competitor, India,” Foreign Policy wrote on Oct. 29, 2018.

The handover was a national security calamity for Sri Lanka, and this week’s docking of the Yuan Wang 5 shows that fears about its military implications were well founded.

Sri Lanka is struggling through the most severe economic crisis in its post-independence history. And since China remains it largest bilateral creditor, we should expect Sri Lanka to increasingly yield to China’s pressure, including pressure to use Hambantota port for military purposes.

Before World War ii, the peoples of Britain and America came to control virtually every important oceanic choke point and sea gate on the planet. Dozens of locations such as the Suez Canal, the Panama Canal, Quebec City, Hong Kong and the Cape of Good Hope came into their power—including Sri Lanka’s port of Trincomalee, which Britain took over in 1795.

Few analysts recognize that the U.S. and Britain gaining control of all these oceanic choke points and sea gates was actually prophesied in the Bible. Genesis 22:17 records God’s promise to Abraham that his “descendants” would one day “take possession of the gates of their enemies” (International Standard Version).

In his book The United States and Britain in Prophecy, the late Herbert W. Armstrong showed that the peoples of the United States and United Kingdom are the descendants of Abraham’s grandson Israel and Israel’s son Joseph. And he proved that they were the recipients of this promise to possess the world’s “gates.”

Mr. Armstrong said the fact that the UK and U.S. acquired all of these strategic oceanic locations itself proves that these countries are the descendants of Abraham’s family. “[W]e must be modern Israel,” he wrote.

Throughout Mr. Armstrong’s many years of writing and teaching, he witnessed the UK’s loss of control over the Suez Canal, Singapore, Cyprus, the Cape of Good Hope and many others, including its holdings in Sri Lanka. In 1957, London relinquished control of the Port of Trincomalee to a newly independent Sri Lanka.

In the years since, and particularly in the last decade or so, Sri Lanka has moved more and more into the Chinese camp. This means another gate has not only been pried away from the the descendants of Abraham, but is now increasingly in the hands of their rival China.

Mr. Armstrong taught that the trend of the U.S. and UK losing possession of foreign sea gates is leading to an age of catastrophe and suffering for the American and British peoples—and for all the world. But he stressed that the suffering has a purpose: It will teach the nations of the world to love God’s law. He emphasized that the time of suffering will be quickly followed by an era of unprecedented peace.

To understand the detailed Bible prophecies Mr. Armstrong based his accurate forecasts on, and the hope that lies at the heart of these trends, order your free copy of The United States and Britain in Prophecy.