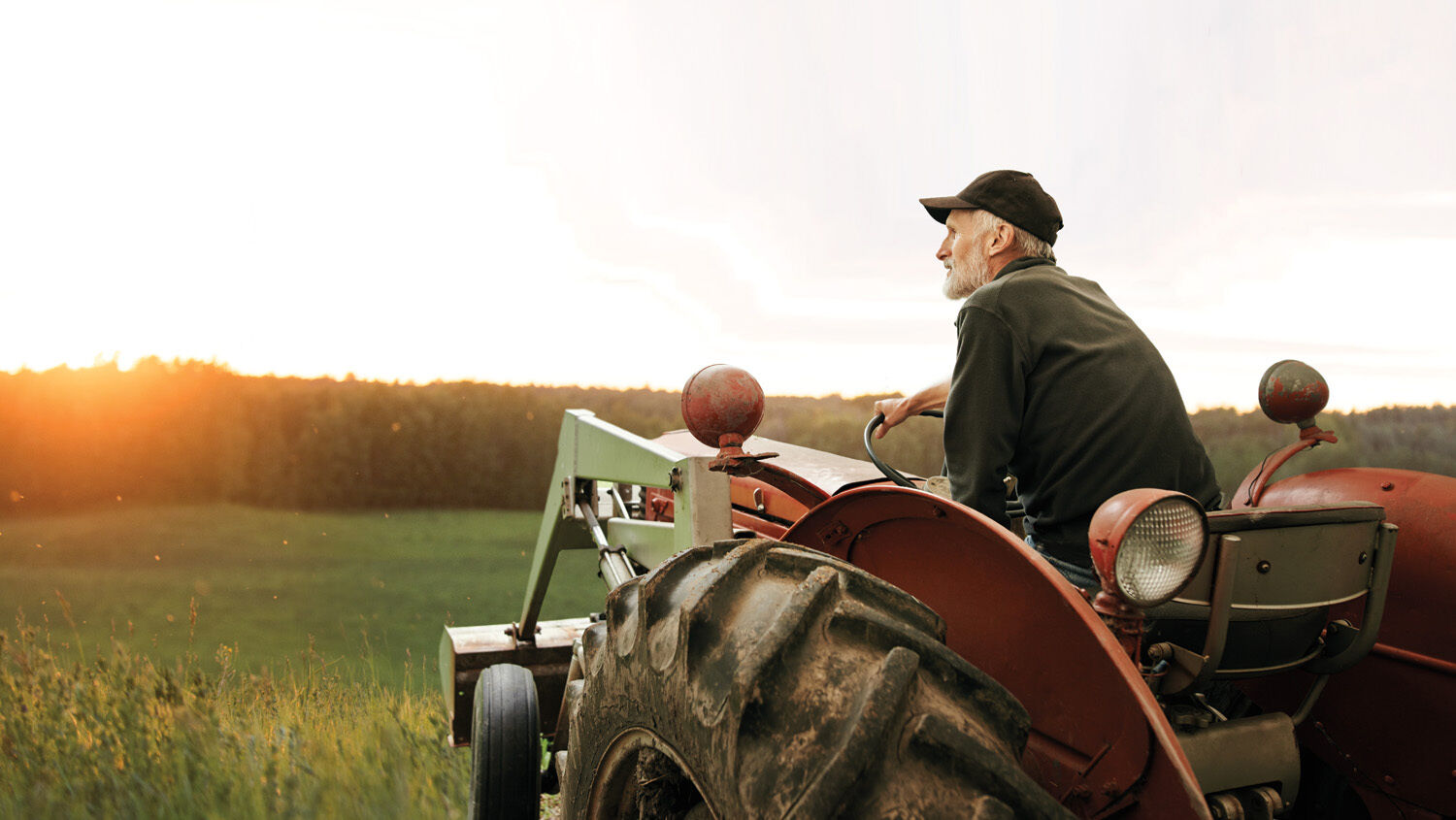 As of this writing, those farmers are in the streets protesting a drastic government plan to shut down an incredible one third of all Dutch farming. Some unarmed protesters have even been fired upon by police.

Dutch fishermen have joined in, fearing that their livelihoods will be the next sacrifice to environmentalism. Fishermen and farmers have blockaded ports, closed distribution centers, and clogged roads with tractors.

Polls indicate many, if not most, sympathize with the protesters. It’s easy to see why. It’s hard to think of a more self-destructive policy than destroying a third of your own food production. If the government shut down a third of car factories, for example, people could make do. But people cannot go without food. They will be forced to pay more and import it from other countries that may or may not have the best interests of the Dutch in mind. But the government is completely committed, to the point of shots fired, to making its people dependent on supply chains from foreign countries for its essential food supply, even after two years of massive disruptions to global supply chains.

But perhaps the most surprising part of this story is that the Netherlands is not alone. Many countries are ready to harm their own food production, people and security in the name of environmentalism. Canada is trying to cut its emissions from fertilizer use by 30 percent by 2030. The European Union is trying to twist Australia’s arm to adopt similar policies. American farmers say the government is making it even harder to produce food.

Why are environmentalists attacking our food supply?

The Netherlands is an agricultural exporting powerhouse. This comparatively tiny nation is the world’s number two exporter of agricultural goods after the United States.

Confirming stereotypes, a good chunk of this agricultural output is tulips. But the Netherlands also exports large amounts of meat, dairy and vegetables. And according to the government, that’s a problem.

Or rather, the EU has made it the Dutch government’s problem. The story of farmers having their livelihoods shut down because they’re too successful shows the power accumulated by unelected bureaucrats in Brussels.

It also shows how well-intentioned rules can be twisted into insane outcomes.

In 1992, the Netherlands signed the European Habitats Directive, a document that claimed to have the noble goal of helping Europe work together to protect endangered species and habitats. It mentioned nitrogen exactly zero times. The 146-page “interpretation manual” said nothing about nitrogen pollution. The politicians who signed this, and the people voting for it, never believed this would one day be used to shut down farms.

But environmental activists and European judges thought differently. In 2019, the European Court of Justice ruled that the Dutch government was violating this directive by not doing enough to restrict nitrogen pollution. The Dutch government—which in the past fought hard against European rulings it didn’t like—finally caved in and introduced new laws to shut down farms.

The nitrogen the environmentalists are so concerned about comes largely in the form of nitrogen oxides, burned by cars, or ammonia and nitrous oxide, found in manure and fertilizer.

Belgium has been the victim of a similar court ruling. Jan Willem Erisman, a professor of environmental sustainability at Leiden University, said, “[I]f German or French activists went to court, the situation would probably be the same there.”

The EU is working to spread similar rules around the globe. It’s working on a trade deal with Australia at the moment. The EU’s summary of the negotiation’s progress discusses the nitrogen emissions of Australia’s agricultural industry at length and concludes that “negotiators are recommended to commit to stimulate further climate action in the context of the [free-trade agreement].”

Is Australia about to walk into the same trap as the Netherlands?

The EU’s push is a reflection of a global environmental focus on agriculture. In February 2020, the Guardian described growing “coalitions of politicians, activists and conscience-stricken billionaires” working to change how we use land. “Their guiding philosophy—that we should leave the land alone—upends the long dominant view that land should be cleared, plowed and wrung ever more efficiently for food,” it wrote. Long before that, in 2006, the Ecologist called agriculture “humanity’s worst invention.”

In the U.S., environmentalists regularly wage war on cattle ranchers. “Are we under assault? Very much so,” said Shawn Martini of the Colorado Farm Bureau. Utah Farm Bureau president Ron Gibson warned about environmentalists with a “goal to destroy agriculture 100 percent.”

Some of these activists are lawyers, politicians and protesters. Bill Gates is an activist and the largest private farmland owner in the U.S., with close to 1 percent of the nation’s farmland. He once said that “all rich countries should move to 100 percent synthetic beef” and that governments could “use regulation to totally shift the demand.”

Is This a Good Thing?

Many religious groups take the side of the environmentalists, so it may be a surprise to see a news outlet affiliated with a church take an opposite view. But it’s important to see the wider picture.

First, this is not to defend man’s current agricultural practices. There are serious, genuine problems with the way we farm, and some of these regulations would address them.

The Bible directly condemns exploitation of the land. Old Testament Israel observed laws that protected the soil, the environment and animal welfare. Some EU laws, like those limiting the use of antibiotics in farm animals, help promote healthier animals and better quality meat for consumers—without shutting down farms.

But the current assault on farming is an example of misguided environmental zealotry, which for many has actually morphed into neo-pagan religion. Efforts to protect the environment at all costs, often based on bad science and anti-biblical ideas, have become a weapon to attack the West, especially Britain and America.

Right now, the Biden administration is doing everything it can to make it harder for Americans to drill for oil. At the same time, it is begging countries like Saudi Arabia to increase oil production. This alone exposes the true purpose of the movement: It doesn’t help the environment, but it does hurt America.

Germany, meanwhile, is shuttering its nuclear power stations, which produce no carbon dioxide, while opening up its coal power stations. This is at the same time that the Greens party is part of the governing coalition. It’s also rolling back environmental rules to boost agriculture. And Germany claims to be a champion of environmental issues.

None of this makes sense until you realize that, for many, environmentalism is a political tool to harm America and others.

This is part of a larger effort—one of the most significant trends in the world today: the determined effort to bring down biblical Israel.

An Attack on Israel

The Bible has many prophecies about the nations (plural) of Israel in the modern day—prophecies that cannot possibly apply only to the Jewish state of Israel in the Middle East. The Jews are descended from just one tribe. If we believe what the Bible says, we must identify the other tribes.

In his book The United States and Britain in Prophecy, Herbert W. Armstrong showed that Britain and America, along with several other nations of Europe—including the Netherlands—are descended from ancient Israel.

2 Kings 14:27 describes an effort to “blot out the name of Israel” (read our free book America Under Attack to understand why this verse is prophecy for today). Much of the environmental movement is part of this effort—though they may well be ignorant of this fact.

God is working out a plan to serve the whole world through Israel. Bible prophecies about Israel point the whole world to God—the true, living God who is powerful and involved in world events and the lives of individuals.

The Bible also describes an evil spirit being that works to thwart and blot out that plan, and therefore Israel.

“Efforts to reverse climate change may look like they spring from good intentions, but there is an evil spirit behind it,” wrote Trumpet editor in chief Gerald Flurry. “It is all tainted by deceit, intimidation, bullying and autocratic tendencies. This is exactly the way a great evil spirit thinks! He wants control and will use any means he can to get it. He is very active in the world today, and the climate change controversy is evidence of this fact” (Trumpet, August 2017).

This is why misinformation on this subject is so rife. It is why opponents of the environmental movement are silenced or even, in the Netherlands, shot at. The war on agriculture is an expression of an effort to bring down Israel.

God gave Israel abundant agricultural blessings. Micah 5:7 specifically promised that the whole world would benefit as a result of the agricultural wealth supplied to the descendants of these Israelite countries.

America was gifted with the largest piece of contiguous farmland in the world in the form of the Mississippi River basin. The rise of the British Empire was preceded by an agricultural revolution that made it possible.

Some of these blessings have already been removed. Our nations are suffering from the consequences of our own actions, including our refusal to use our agricultural resources as the Bible commands.

The Israelite nations still have enormous agricultural wealth, but this environmentalist attack on food production would leave them more dependent on other countries for their survival and vulnerable to being cut off from world trade. This is exactly what the Bible describes, warning of a siege and people starving in the cities if we fail to heed God’s warnings (Ezekiel 5:1-4, 12).

God is allowing this attack on Israel as part of His plan to bring the whole world to the point where they will listen to Him.

Harmony with His laws will lead to a world that both produces ample food (including meat) to feed its population and protects the national environment far better than we are doing now.

To learn more about the climate change movement and how it is being used against America, read our article “What the Paris Climate Agreement Was Really About.”