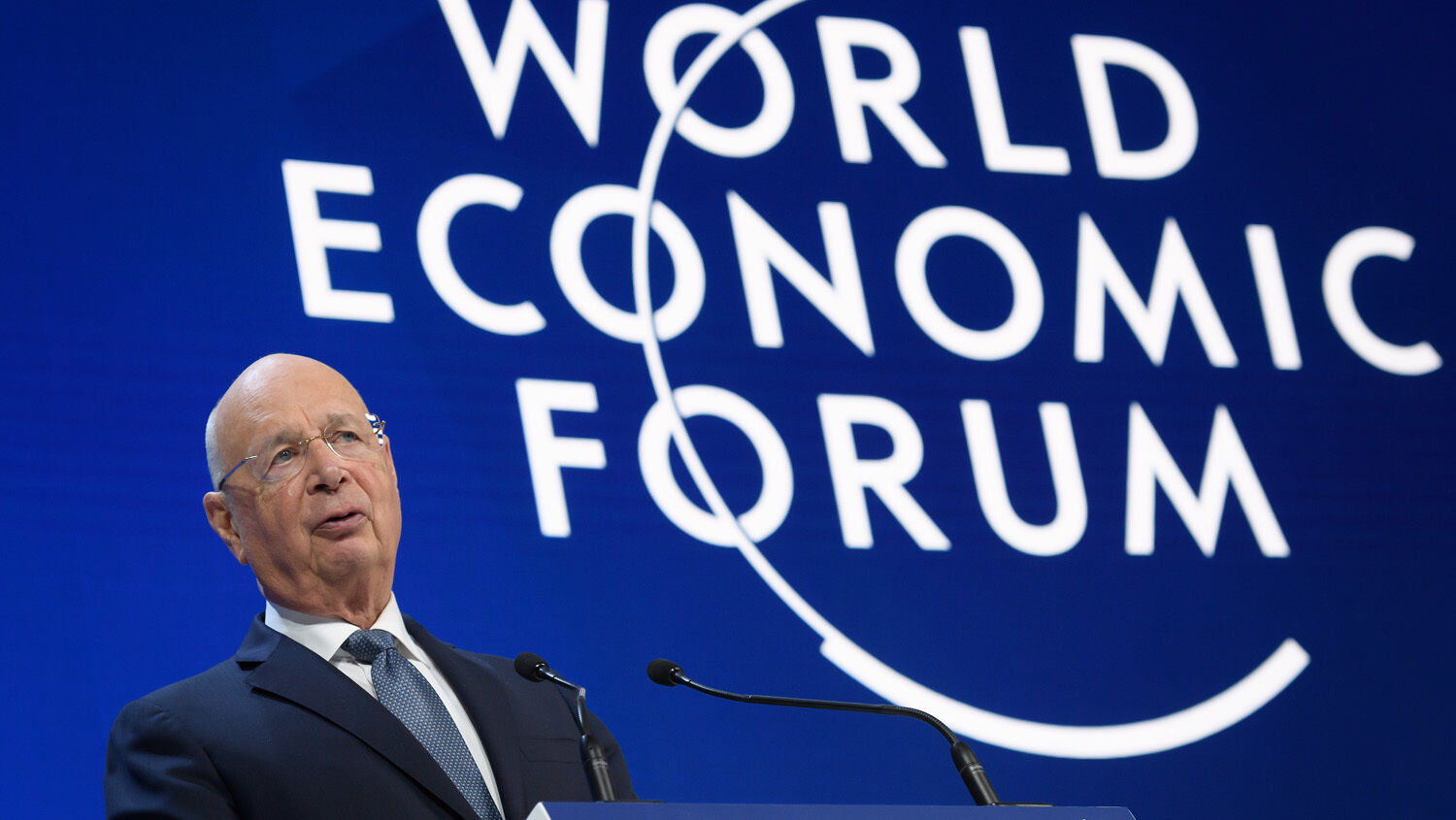 Surging costs for fuel, housing and food are part of a plan to create a currency crisis.

Around 64 percent of Americans and 25 percent of Europeans live paycheck to paycheck, while the Third World goes hungry. The World Bank says rising food and fuel prices may push 263 million people into extreme poverty this year, and Kiplinger’s Economic Outlooks forecasts inflation will remain high.

Isn’t it remarkable how quickly the world’s economic outlook has deteriorated since covid-19? Well, it is not so remarkable to some top officials in the United States government and at the World Economic Forum.

Trumpet executive editor Stephen Flurry explained in his recent Trumpet Brief how “the World Economic Forum collaborated with the Johns Hopkins Center for Health Security in May 2018 to conduct claude x, a simulation of a national pandemic response. After this simulation, the World Economic Forum again collaborated with Johns Hopkins and the Bill and Melinda Gates Foundation in October 2019 to conduct Event 201, another simulation of a national pandemic response. Both simulations previewed almost every eventuality of the actual covid crisis, from lockdowns to mass unemployment to stimulus spending. So it seems that former Obama administration officials were simultaneously working with officials at the Wuhan Institute of Virology to engineer a virus and officials at the World Economic Forum to engineer a lockdown.”

These facts should concern every American citizen. World leaders were not caught off guard by the covid-19 pandemic. Just days before President Donald Trump was inaugurated, Dr. Anthony Fauci warned that a pandemic was coming, and top officials at the World Economic Forum already had a plan in place for how to deal with a novel coronavirus. The lockdowns, the mass unemployment and the stimulus spending were all part of this plan.

“The deep disruption caused by covid-19 globally has offered societies an enforced pause to reflect on what is truly of value,” write World Economic Forum founder Klaus Schwab and his French colleague Thierry Malleret in COVID-19: The Great Reset. “With the economic emergency responses to the pandemic now in place, the opportunity can be seized to make the kind of institutional changes and policy choices that will put economies on a new path towards a fairer, greener future. The history of radical rethinking in the years following World War ii, which included the establishment of the Bretton Woods institutions, the United Nations, the EU, and the expansion of welfare states, shows the magnitude of the shifts possible.”

In other words, Fauci, Schwab, Malleret and their colleagues not only anticipated a pandemic months before one actually occurred, they were excited about the opportunity this crisis gave them to overturn the postwar Bretton Woods institutions that prop up the United States dollar as the world’s reserve currency. In their book, Schwab and Malleret explain how hyperinflation destroyed the German deutsche mark in the 1920s and how rising debt levels may destroy the American dollar today.

Did economists at the World Economic Forum engineer the “great reset” to destroy the U.S. dollar? Even if they didn’t, they are still excited that the virus might destroy the dollar. Schwab and Malleret would love to see the dollar fall, and they have a pretty good idea which currency would replace it.

“Even though the Fed and the U.S. Treasury manage the dollar and its influential network worldwide with efficacy, skeptics emphasize that the willingness of the U.S. administration to weaponize the U.S. dollar for geopolitical purposes (like punishing countries and companies that trade with Iran or North Korea) will inevitably incentivize dollar holders to look for alternatives,” they write. “The Chinese renminbi (rmb) could be an option, but not until strict capital controls are eliminated and the rmb turns into a market-determined currency, which is unlikely to happen in the foreseeable future. The same goes for the euro; it could be an option but not until doubts about a possible implosion of the eurozone dissipate for good, which again is an unlikely prospect in the next few years. As for a global virtual currency, there is none in sight yet, but there are attempts to launch national digital currencies that may eventually dethrone the U.S. dollar supremacy.”

Schwab and Malleret admit that the only reason the dollar is still the reserve currency is that the renminbi and the euro are in worse shape than the dollar. But this circumstance could change quickly if China implemented free-market reforms or Europe united into a superstate with the authority to dictate its members’ fiscal policy.

This assessment brings up a second primary goal of the great reset. Some might reason that it does not make much sense to provoke a currency crisis to destroy the dollar if that crisis also destroys the euro and every other currency. But the Trumpet has noted for years that the euro was actually designed to fail from its inception. The eurozone is a monetary union of 19 member states using the same currency. But good economists know you cannot have a stable monetary union without a centralized body making decisions about the collection and expenditure of taxes in individual member states. So the euro will never be a stable currency until the nations within the eurozone surrender their financial independence to a federal government in the same way U.S. states surrendered their financial freedom to Washington, D.C.

The eurozone’s founders understood these basic economic facts and deliberately designed a monetary union that would force the nations of Europe to unite into a superstate. In his 1997 book, The Principality and Power of Europe, British political commentator Adrian Hilton describes the ambition of the eurozone’s founders this way: “Europe’s nations should be guided towards a superstate without their people understanding what is happening. This can be accomplished by successive steps, each disguised as having an economic purpose, but which will eventually and irreversibly lead to federation.” Euro Pacific Capital’s John Browne elaborated on this sentiment: “In essence, the euro was created as a lever to encourage a complete European political union rather than as a currency representing … an already unified economy.”

The World Economic Forum was initially called the European Management Forum, and its first meeting was under the patronage of the European Commission and European industrial associations. Its allegiance is to the EU, and its goal is to create a crisis that will overthrow the dollar and force the nations of Europe to unite into a superstate. Toward this end, the covid-19 outbreak has given it an unprecedented opportunity to create a hyperinflation crisis that robs ordinary citizens of their money until they are willing to surrender their freedom for a new currency. The late Christopher Story, a former adviser to British Prime Minister Margaret Thatcher, believed Germany might introduce a gold-backed “new deutsche mark” once the euro inevitably failed. Regardless of Germany’s plans, the great reset will cause people to surrender their liberty in return for economic security and much-needed relief from the inflation crisis.

The late Herbert W. Armstrong predicted that a financial crisis would likely be the catalyst prompting European nations to unite into a “United States of Europe.” Specifically, he warned in 1984 that a massive banking crisis in America “could suddenly result in triggering European nations to unite as a new world power larger than either the Soviet Union or the U.S.” (co-worker letter, July 22, 1984).

In other words, a hyperinflation crisis like the one the great reset created could scare European nations into surrendering control to a central authority. Once the euro is supported by a central government strong enough to regulate its member states’ tax and spending policies, the dollar’s day as the dominant reserve currency will be over. The greenback will be a coregent with the euro at best.

This forecast becomes even more shocking when you realize that one of the key figures behind the great reset has ties back to Nazi Germany. In “The Greatest Crime in History,” Stephen Flurry noted how Klaus Schwab “is the son of Eugen Wilhelm Schwab, who moved to Germany during the Third Reich and became a director at Escher Wyss AG, a company that used slaves to manufacture key nuclear bomb technologies for Adolf Hitler. Klaus Schwab was too young to be complicit in his father’s crimes, but look at his ideology and the changes he is pushing for in the world. His forum’s ‘stakeholder capitalism’ is close enough to the ‘corporate socialism’ of Nazi Germany and other fascist dictatorships to cause major concern, especially when you see it spreading so widely, so powerfully and so rapidly.” You could say that the great reset is succeeding where Hitler failed.

In his book The United States and Britain in Prophecy, Mr. Armstrong explained that the Anglo-Saxons who settled in the U.S. and Britain were descendants of the ancient Israelites. This means that end-time prophecies in the Bible concerning Israel are directed at the U.S. and British Commonwealth. A series of prophecies in Deuteronomy reveals the specific curses that would descend on end-time Israel if it turned from God’s law.

“But it shall come to pass, if thou wilt not hearken unto the voice of the Lord thy God, to observe to do all his commandments and his statutes which I command thee this day; that all these curses shall come upon thee, and overtake thee. … The stranger that is within thee shall get up above thee very high; and thou shalt come down very low. He shall lend to thee, and thou shalt not lend to him: he shall be the head, and thou shalt be the tail. … The Lord shall bring a nation against thee from far, from the end of the earth, as swift as the eagle flieth; a nation whose tongue thou shalt not understand …. And he shall besiege thee in all thy gates … ” (Deuteronomy 28:15, 43-44, 49, 52).

This chapter predicts debt problems when it says, “He shall lend to thee, and thou shalt not lend to him.” It also indicates trade war when it says, “[H]e shall besiege thee in all thy gates.”

Other prophecies reveal that Assyria will be “the rod” of God’s anger and “the staff” of His indignation against America (Isaiah 10:5; Lamentations 5:6; Ezekiel 23:9). The United States and Britain in Prophecy further explains how Assyrians settled in the European states that became modern-day Germany. Germany will ultimately partner with nine other European nations to besiege and invade the U.S. (Revelation 17:12-13). This prophecy can only be fulfilled if a European superstate surpasses America in economic and military might.

Trumpet editor in chief Gerald Flurry explained in “Coronavirus and the Holy Roman Empire” that the pandemic will prompt 10 European nations to unite into a German-led superstate that will attack America. Right now, the militaries of Europe cannot match the might of the U.S. military. Still, prophecy shows that a great reset will make Germany the head of nations and America the tail of nations. The recent actions by the son of Eugen Wilhelm Schwab may end up being tremendously significant.

Now is the time to heed God’s warning and understand that He is allowing calamity to come upon the world for a reason: to correct people for turning away from His commandments and statutes. These prophecies are alarming—but if you are stirred to seek God and His protection, there is nothing more exciting on this planet.