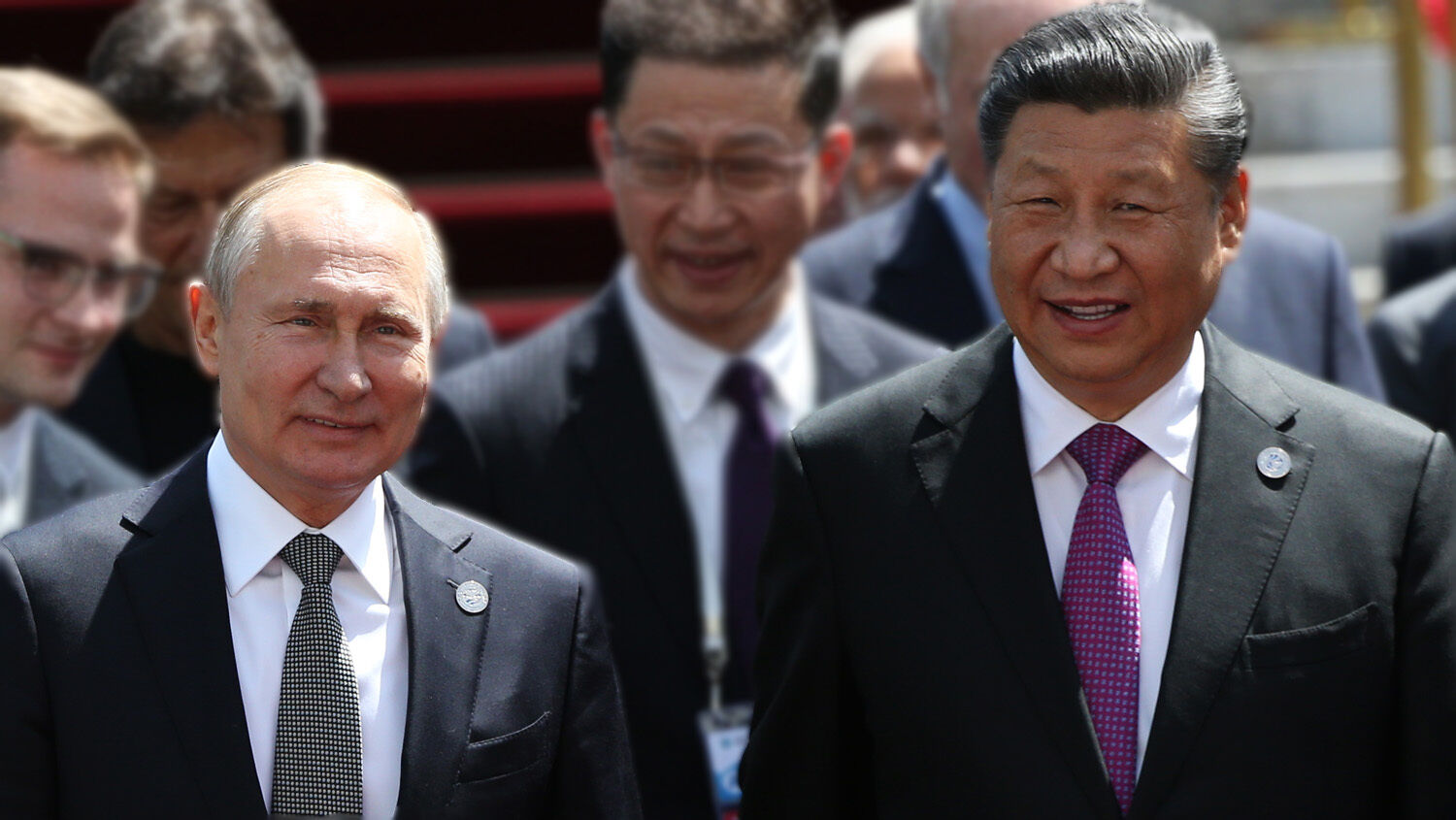 Some Westerners have been optimistic that China would make the ‘economically sound’ decision to move away from war-waging Russia to prevent jeopardizing trade with the United States and Europe. Xi Jinping’s call to Vladimir Putin shows that optimism was misplaced.

The call was the first between Xi and Putin since February 25, the day after Russia took aim at the global order by launching a full-scale invasion of Ukraine. In the time since, Xi has refused to condemn Putin’s brutal war but has also refrained from giving the full backing and military support Moscow sought. This is because China’s economic model is almost entirely dependent on trade with the United States and Europe, which condemned Russia’s war and threatened sweeping sanctions for any nation that aided it.

So at the same time that Xi backed Putin in the United Nations and helped him spread disinformation about the war, he also withheld concrete, sanctions-busting assistance. This balancing act gave rise to optimism among some Westerners that Chinese and Russian interests were diverging, and that Xi might break ties with Putin, or at least deprioritize their relationship.

“There are some indications that Beijing is uneasy with the prospects of becoming collateral damage to Putin’s adventurism,” World Politics Review wrote in March.

“The relationship will become increasingly unequal and dysfunctional, and be defined principally by its constraints,” the Lowy Institute wrote last month.

The Klaxon even went so far as to speculate that China could capitalize on Russia’s focus on Ukraine and take the occasion to “push into Russian territory” near the area where the two fought a border war in the 1960s.

But the summary of Wednesday’s call, published by the Chinese Foreign Ministry, showed that such hopes about an end to the Russia-China axis were misplaced. “Throughout this year, Chinese-Russian relations have maintained a healthy momentum of development in the face of global turbulence and change,” Xi told Putin during the call. “China is willing to promote the steady advancement of practical bilateral cooperation” and to “continue maintaining mutual support on major issues of mutual concern involving sovereignty, security and other core interests, building closer bilateral strategic cooperation.”

Adhering to China’s practice since the start of Russia’s attack, Xi did not mention “war” or “invasion” in reference to Ukraine but only called it the “Ukraine issue.” He said China hopes it will come to “an appropriate resolution.”

Russia’s readout of the phone call painted an even more supportive picture of Xi, likely because it was tweaked to encourage the people of Russia. This version said in addition to the other promises of cooperation, Xi called for deeper military ties between Moscow and Beijing. It said he also acknowledged the “legitimacy of Russia’s actions” in Ukraine “in protecting its fundamental national interests in the face of security challenges created by external forces.”

It is clear that if there were any misgivings on Xi’s part earlier in the year, he has now worked through them. He is now affirming that, despite the war, China remains committed to its partnership with Russia. China will likely continue withholding overt military support for Russia in the near term. But that is only so it can continue using trade with the West to build up its economic and military power.

Once that power is at a level the Chinese feel confident in, China will throw its weight entirely behind Russia. This is an outcome that Bible prophecy warns will soon come to pass.

Revelation 16:12 foretells of a multinational Asian power bloc that will come together in the modern era, referred to as “the kings of the east.” The Scriptures say this Asian juggernaut will play a key role in the third and final world war.

Trumpet editor in chief Gerald Flurry has said that Russia and China will be at the head of this power, and they are already fulfilling the early phases of these prophecies. In 2014, after China publicly supported Russia’s unlawful annexation of Ukrainian territory, Mr. Flurry said the support represented “a stunning fulfillment of a biblical prophecy!”

To understand more about the numerous Bible passages that discuss the Russia-China axis and its role in end-time affairs, order your free copy of Russia and China in Prophecy.