Obama says Russia is isolating itself from the world. At least 3 billion people disagree. 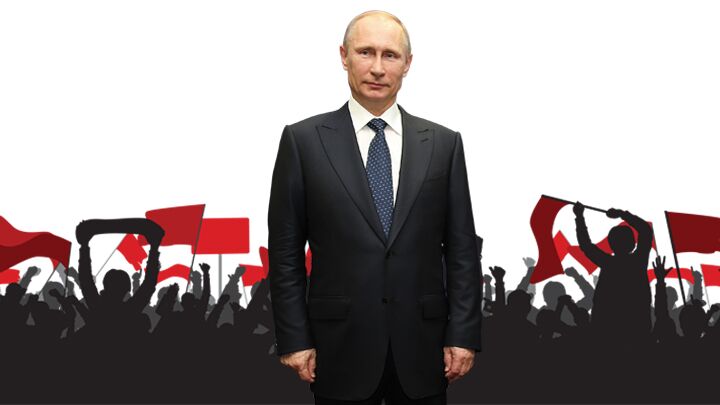 Obama says Russia is isolating itself from the world. At least 3 billion people disagree.

Russia’s bullying of Ukraine and takeover of Crimea have exposed Vladimir Putin as the authoritarian dictator that he is. These moves have Eastern Europeans quaking with fear and the Western world deeply concerned. But what about China and India?

These Asian powerhouses have made clear that they support Putin.

This is a stunning fulfillment of a biblical prophecy!

“Backing Russia is in China’s interests,” said the Global Times, a mouthpiece for China’s Communist Party, on March 5. “We shouldn’t disappoint Russia when it finds itself in a time of need.” The next day, a senior official from India said, “There are legitimate Russian and other interests involved [in Ukraine]. We hope … there is a satisfactory resolution to them.”

In his March 18 address to the Duma, President Putin singled out these two nations to thank them for their support. “[W]e are grateful to all those who understood our actions in Crimea; we are grateful to the people of China, whose leaders have always considered the situation in Ukraine and Crimea taking into account the full historical and political context, and greatly appreciate India’s reserve and objectivity.”

When these Asia nations—extremely powerful nuclear-armed countries—begin to show solidarity with each other regarding moves like that, what does that portend for the world? I tell you it is woe to the world. It will cause many serious problems. And it is going to affect everyone.

How to Read Asia

This Asian cooperation blindsided many in the West. When Russia took Crimea, even top-notch analysts like Ambrose Evans-Pritchard were convinced China would side with the West against Moscow. U.S. President Barack Obama said the nations of the world were “largely united” in believing Putin had violated Ukraine’s territory.

The Trumpet has never made that mistake in reading Asia’s powerhouses. Actually we have been proclaiming for over 50 years that Russia, China and other Asian nations would ally themselves in the end time. And we are in that end time now.

As I have been explaining in recent issues (and in my article on page 10 of this issue), Ezekiel 38:2 foretold the Russian power we now see rising, led by a “prince of Rosh” (or “prince of Russia”). This scripture also mentions China (“the land of Magog” includes modern-day China), indicating that this Russian leader will rally other Asian peoples behind Moscow. Additional Bible prophecies strongly suggest that India will also unite with these Eastern nations. (Order a free copy of Russia and China in Prophecy to prove these truths for yourself.)

It is clear that Ezekiel recorded an end-time prophecy for Russia and China and other powers. This prophecy makes plain that Russia will be the leader of this massive Asian alliance. That is a key to understanding this.

The December 1959 issue of the Plain Truth—a prophecy-driven magazine under the editorial eye of Herbert Armstrong, in whose footsteps the Trumpet follows—predicted this end-time Asian coalition with startling accuracy! “Russia’s program is not to take Europe and to attack the United States, first. … [It] calls first for the seizure of Asia. Lenin wrote that the way to Paris, London and New York is via [Beijing] and Delhi,” the magazine wrote. “[China’s] constant dream for centuries has been ultimate world conquest! … China knows, however, that in this highly industrialized age she can accomplish this dream only as an ally of Russia. … [Russian leaders] will ultimately control not only the Russian states, but China … and India as well!”

Russia, China and India—all under Moscow’s command! That was written 54 years ago, and it is now coming to pass! How could Mr. Armstrong have known that? Because it is prophesied in your Bible.

Why Prophecy Is Key

Another key scripture to understand is Revelation 9:16. This says the end-time Asian bloc led by Russia will command the largest army in history—a gigantic force of 200 million men. This army comes from the same geographic regions described in Ezekiel 38.

These statements of support from China and India mean that right now, rallied behind Vladimir Putin and Russia’s 144 million people, potentially stand China’s 1.36 billion and India’s 1.24 billion! That is a virtually endless supply of manpower! That will be key to the success of this Asian alliance.

I believe Europe is facing its most serious crisis since World War II!

President Obama and even top-tier analysts thought the idea of a revived Russian empire would pose too great a danger to China and India for those countries to support it. But that perspective fails to recognize a significant truth: to India and especially to China, the West is a far greater enemy. More importantly, that perspective fails to recognize the prophecies of the Bible.

Frank-Walter Steinmeier, Germany’s foreign minister, said Russia’s annexation of Crimea means Europe is “in its most serious crisis since the fall of the Berlin Wall.” That is an understatement. I believe Europe is facing its most serious crisis since World War ii! This is much more significant than most people think. They are underestimating its importance because they don’t understand Bible prophecy.

This crisis is far from over. Follow the Trumpet and The Key of David to know what this means for the world, how it will affect you, and what you can do about it.