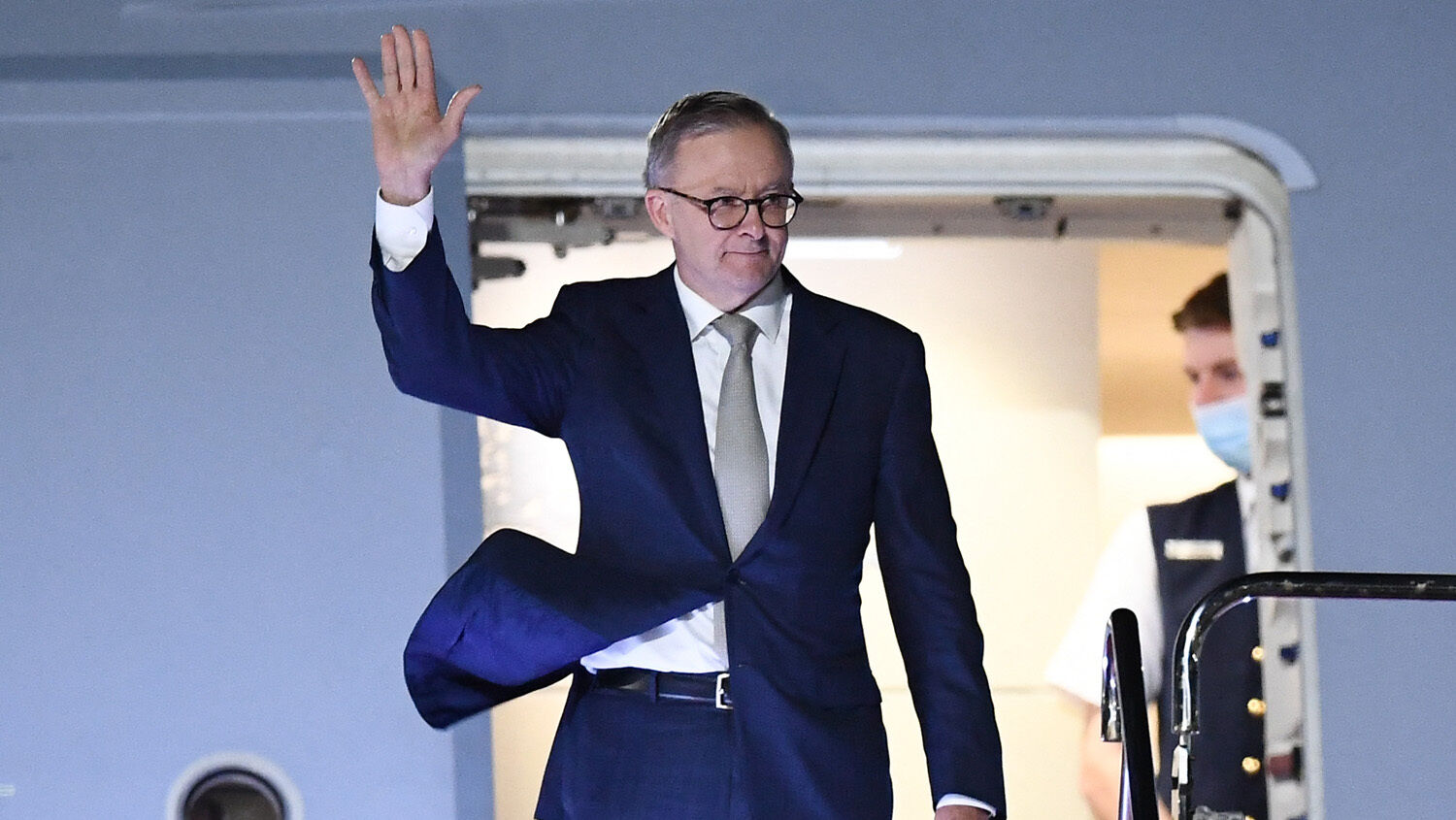 Australians have elected to water the garden while the house burns down.

australia
If Australia were a house, the curtains would be up in flames, the floorboards sizzling and snapping, smoke pluming from the windows, fire lapping at the stairs. Meanwhile, the residents—everyday Australians—have decided to water the garden.

This mentality best illustrates the outcome of Saturday’s federal election. With all the major, catastrophic, nation-destroying problems Australia is facing, the people chose to elect those who campaigned on climate change. Forget China’s regional belligerency. Forget rampant inflation. Forget the housing bubble, rising interest rates, or devastating supply chain issues. What the people want to solve is climate change. And they have overwhelmingly voted in the left-leaning parties to achieve it.

For only the fourth time since World War ii, the Labor Party has won the Australian federal election. The incumbent prime minister, Scott Morrison, conceded defeat on May 21. Labor leader Anthony Albanese wasted little time, being sworn in at Government House this morning.

Tellingly, during the swearing in, Mr. Albanese was careful to omit “so help me God” from the end of his oath.

While mail-in ballots are still being counted, the Labor Party looks set to hold a slim majority, enabling them to rule without a coalition.

For those less familiar with Australian politics, the stance of the parties (very basically) is as follows: On the far left stands the Greens, a small but very leftist party; beside the Greens is Labor, also on the left of the spectrum; somewhat straddling the fence between left and right stands the Liberal Party; further right is the small National Party; and scattered among these four are the smaller parties and independents.

It is the arrival of the “teal” independents that has caused such an upset. Not officially associated with any party, these independents have successfully ousted Liberals in key seats that were once considered “Liberal heartland” in the inner cities. These predominantly female teal independents claim to be unaffiliated with the larger parties. They are anything but.

For one, their primary policy is that of climate action. Just as it is with the far-left Greens and Labor Party.

The teal independents were also very select in their targets. They only challenged Liberal Party seats and targeted left-leaning Liberal Party voters, those most likely to abandon the conservative party platform. By taking seats solely from the Liberals, these teal independents effectively ended any hope of Liberals and Nationals forming a coalition government. And the Liberal loss was the left’s gain.

Another sign the teals are on the ideological left comes when you look at their funding. All were funded and assisted in their campaigns by Climate 200, a climate change group led by millionaire businessman Simon Holmes à Court. Although Holmes à Court swears the independents are not a political party, it is hard to see how these “independents” will operate independently once they reach Canberra. Or how they can act free from the influence of those people and organizations that funded their campaigns.

But regardless of parties or affiliations, the clear indication is that Australians predominantly voted for more action on the issue of climate change.

Again, this isn’t to say that the Liberal Party has, or had, the answers. It most certainly does not. But to fixate on the climate at a time like this is to ignore the far more pressing issues—those usually highlighted by conservatives.

Australia has major and imminent nation-threatening problems. China is moving troops into the Solomon Islands. Beijing is fostering closer relations with the impoverished nations of the Pacific. Its maritime silk road is stronger than ever. As American influence weakens, China’s grows. China is Australia’s largest trade partner. As such, Australia lacks the means to confront it.

Then there is inflation. The government is currently subsidizing fuel 30 cents to the liter. And prices at the pump regularly sit above $2 per liter. Food prices are up. Rentals are through the roof. Interest rates are rising and expected to continue to do so. Neither Liberal nor Labor parties have the answers. Both continue to recklessly argue for more spending.

The last time a Labor government was elected, it took Australia into debt, spending everything previous administrations had saved. But no administration since has even balanced the budget. Under that same Labor administration, Australia was taken closer to China by a Mandarin-speaking, pro-China prime minister. Pro-China policy has since been a hallmark of Australian politics.

The Labor-run states have been the most radicalized on the covid-19 lockdown policy. But now Labor controls all but two state. The facts are in. Australia has swallowed the leftist ideology hook, line and sinker. The real issues are either not discussed or are dismissed by an increasingly left-leaning, woke population.

How tragic that a nation so blessed by God could move so far from Him.

Perhaps the reason Australia has so heartily embraced the climate change ideology is that it has been hit by so many weather disasters. It has even been called “ground zero” for the climate crisis. But does climate change really explain the multitude of crises that have hit Australia over the last few years? Is it responsible for covid-19 and the economic damage Australia’s lockdowns have caused? What about Australia’s precarious political situation?

Trumpet editor in chief Gerald Flurry wrote the following in August 2017: “All the talk about climate change has pushed God out of the picture. The radical left blames every problem on climate change. But the Bible says that most of it is from God! God is plaguing this land in a terrible way to get our attention! And these plagues are about to get a lot worse.”

The Bible gives a very different explanation of what is happening in Australia, and elsewhere, forecasting a multitude of different crises. In the April 1996 Trumpet magazine, Mr. Flurry wrote:

The Prophet Amos prophesied about this problem in the end time …. “And also I have withholden the rain from you, when there were yet three months to the harvest: and I caused it to rain upon one city, and caused it not to rain upon another city: one piece was rained upon, and the piece whereupon it rained not withered” (Amos 4:7). God says, “I caused” it! God is the cause. We are being cursed by God! Do we really understand what that means? When we continue to have serious floods and droughts at the same time, it is a warning sign from God. And this is only the beginning.

Few in a godless nation such as Australia will pay attention to the warning signs that are evident all around us. The intellectuals and academics would much prefer the masses to simply palm off responsibility to ambiguous “climate change,” while continuing to live the way of life that is bringing the curses upon us.

Australia’s situation emphasizes the need to say, “So help me God.” Not as an oath, but as a direct statement, calling on God to help us.

As recently as 2007, Australia had a prime minister who called on the nation to pray for God’s intervention in the weather. The nation prayed for rain, and it rained. Just 15 years later, the country has a leader who deliberately struck God out of his oath of office.

Australia is getting much further from solving its problems. The crises we face as a nation will not be solved by individuals or parties or governments of this world. When Jesus Christ prayed, He didn’t ask God to overthrow the Romans or to put down the Jewish leaders. He cried, “Thy kingdom come” (Matthew 6:10). Only God’s Kingdom, His ruling government, can save mankind.

God is not cruel, hoping to grind His creation back into the dirt. God is teaching human beings a lesson. Good weather is a blessing in response to obedience. Destructive weather is a curse as a result of disobedience.

Notice God’s promises in Leviticus 26: “If ye walk in my statutes, and keep my commandments, and do them; Then I will give you rain in due season, and the land shall yield her increase, and the trees of the field shall yield their fruit. And your threshing shall reach unto the vintage, and the vintage shall reach unto the sowing time: and ye shall eat your bread to the full …” (verses 3-5).

God lays it out plainly: Obey me, and I’ll make sure you never suffer drought or any other natural disaster. Obedience requires repenting of our former way—the way that brought on these curses. Imagine the impact on the Earth if mankind heeded in repentance and obedience!

God is cursing Australia, and other nations, through weather disasters, and also through world events, economic crises and enemy nations, to turn these countries to Him. Once they finally submit, He will bless them more than ever before. But the only solution is to turn to God—not away from Him.

To understand more about why God corrects nations and the only real solution to these problems, read our free booklet Why ‘Natural’ Disasters?

Correction: An earlier version of the article stated that Labor now controlled all but one state. They actually control all but two. The Trumpet regrets the error.