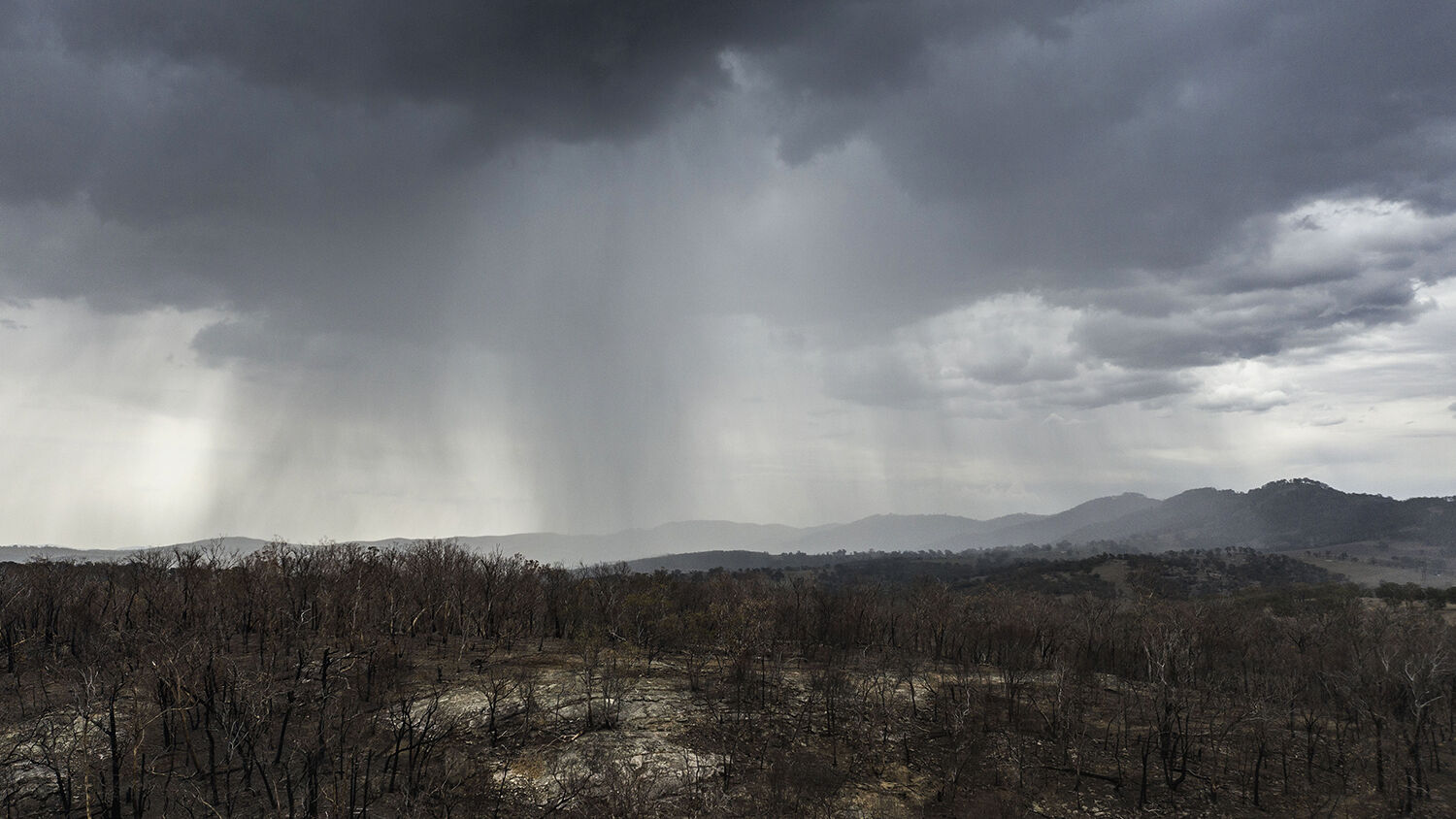 In a matter of days, Australia swung from fires to floods as its ‘summer of dread’ continues.

After suffering months of devastating fires across its east coast, Australia is now reeling under severe storms and flooding.

The fires, which began in September, have burned over 27 million acres, taken 33 lives, destroyed 3,000 homes, and killed an estimated 1 billion animals. But suddenly and almost without warning, the situation changed. Many of the same parts of the country that suffered through devastating fires are now enduring flooding and record-setting rainfall.

The fires began to subside and the next catastrophe set in during the first week of February.

On the evening of February 5, Byron Bay in New South Wales experienced its heaviest rainfall in 40 years. The same weather system hit much of the east coast of New South Wales. The rain submerged cars and caused knee-deep flooding in areas.

While the rain was a welcome reprieve for firefighters, heavy rain on the fire-scorched earth could drain into local reservoirs and contaminate drinking water. This happened in Sydney’s main water supply where ash and debris forced authorities to switch to an alternate water source for the city.

Despite the flooding, the rain is not enough for the drought-stricken country. Without more rain, parts of Australia still run the risk of taps running dry within the next 12 months.

The rain also left over 100,000 people without power and inflicted several severe injuries. Four people were hospitalized when a tree fell on their car, and a 16-year-old boy is believed to have sustained broken ribs after being trapped by debris in waist-deep water for two hours.

Warragamba dam in New South Wales went from 0.9 percent to 43.8 percent full in one week. Many other dams saw similar or larger increases. One of Sydney’s main dams saw an 18 percent increase in two days.

And the February storms are continuing, causing devastation and loss of life. A Sydney man was killed when a giant wave during a severe storm on February 16 swept him and a woman into the ocean. A violent thunderstorm in Sydney on the night of February 18 took another man’s life after he was hit in the head by a flying gas bottle. Sydney residents compared the storm to a tornado, which came and went within 40 minutes.

Australia’s Bureau of Meteorology is watching other weather systems that are expected to turn into tropical cyclones and ravage its coast.

While the rain has been beneficial for extinguishing fires and restocking empty water tanks, it is an example of the pendulum swing in weather that many have chalked up to climate change. Australia’s “summer of dread” has even been dubbed “ground zero” for the climate crisis.

In its interactive web page “Counting the Cost of Australia’s Summer of Dread,” the Guardian begins:

Over five months, bushfires [have] changed how many Australians think about the climate crisis. What was, for many, an abstract idea set in a distant future has, in the space of one summer, begun to feel like a dystopian everyday reality. As leading researchers have observed, Australia is now “ground zero” in an unfolding catastrophe.

Other sources are also issuing dire predictions. On February 15, the New York Times published an article titled “The End of Australia as We Know It”: “What many of us have witnessed this fire season does feel alive, like a monstrous gathering force threatening to devour what we hold most dear on a continent that will grow only hotter, drier and more flammable as global temperatures rise.”

While there is almost unanimous agreement that fires and floods are tragic and only growing worse, not everyone adheres to this climate change propaganda.

Several individuals have warned that this season’s devastation was inevitable. And not because of climate change. Australia has not taken the action needed to eliminate the accumulation of bush and undergrowth, referred to as “fuel load.” The controlled burns that the Australian government once did regularly are happening less and less regularly. This alone begins to undermine the climate change argument. An article by Breitbart places the blame of Australia’s fires primarily on environmentalists.

So, to be clear, there is zero evidence of any change in climatic conditions that might have increased the likelihood or severity of these bush fires. This is not—repeat not—a man-made climate change story, and anyone who claims otherwise is either a gullible idiot or a lying charlatan. … The people most to blame for the Australian bushfires are the greens. Just like in California, their tree-hugging Gaia worship blinded them to the reality that forests need regular clearance and maintenance if they are not to become a major fire hazard.

But the second thing that climate change activists leave out, as well as those who blame Australia’s green policies, is God’s hand in these events.

In 2009, Trumpet writer Ron Fraser wrote about a similar situation in Australia in “Australia: Fires, Floods and Fulfilled Prophecy,” pointing to a prophecy in Amos 4. God tells the nations of Israel that because they will not turn to Him, “I have withholden the rain from you, when there were yet three months to the harvest: and I caused it to rain upon one city, and caused it not to rain upon another city: one piece was rained upon, and the piece whereupon it rained not withered. So two or three cities wandered unto one city, to drink water; but they were not satisfied: yet have ye not returned unto me, saith the Lord” (verses 7-8).

God says that He causes it to rain in some places and to cease in others. God is cursing our nations with flooding and drought because we have not turned to Him. In 1996, Trumpet editor in chief Gerald Flurry wrote, “When we continue to have serious floods and droughts at the same time, it is a warning sign from God. And this is only the beginning.”

Mr. Fraser wrote, “If ever there was a land whose people largely cannot bear all the words of the prophecies of God for these times, it surely has to be the hedonistic, increasingly homophile, largely godless peoples of my beloved home country, Australia.”

Like the rest of the world, Australians have refused to submit to the laws of God. They will do anything they can to continue sinning and deflect the blame for these disasters onto climate change. But until they turn to God in repentance, these disasters will only continue to worsen. To understand why suffering is occurring across the world, read our free booklet Why ‘Natural’ Disasters?