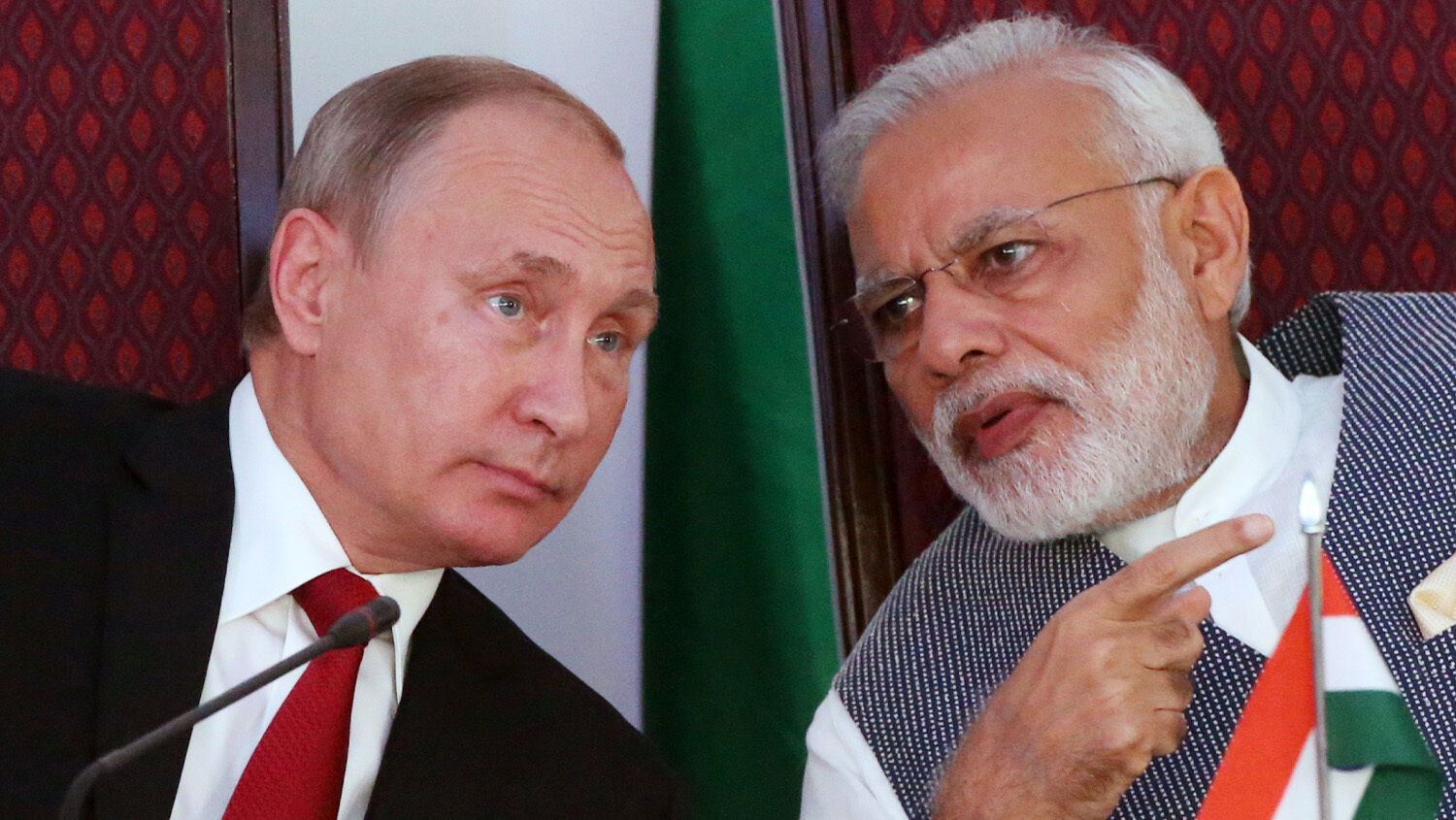 At least 38 percent of the world’s population is looking to ditch the dollar.

America has barred Russia from using United States dollars. This decision has prompted Russian President Vladimir Putin to demand that countries pay Russia in rubles instead of dollars. India is one of the biggest economies to oblige Putin’s request so far. Dr. A. Sakthivel, president of the Federation of Indian Export Organizations, recently told cnbc that India is developing a new financial system that would allow it to bypass the U.S. dollar by enabling direct rupee-to-ruble payments. The move would allow India to continue business with Russia despite U.S. sanctions.

“Export to Russia is not much, only in agriculture and pharmacy products,” Sakthivel said. “Now that the whole of the West is banning Russia, there will be a lot of opportunities for Indian firms to enter Russia.”

Many analysts expected China to side with Russia in its quest to dedollarize the world. But India is supposed to be a U.S. ally and the world’s largest democracy, so many were surprised when India abstained from all United Nations votes condemning Russia’s invasion of Ukraine and used it as an opportunity to expand trade links to Moscow while Russia was under Western sanctions.

Yet the Trumpet was not at all surprised. Under the leadership of the late Herbert W. Armstrong, the Plain Truth magazine reported in 1959: “Russia’s program is not to take Europe and to attack the United States, first. … [It] calls first for the seizure of Asia. Lenin wrote that the way to Paris, London and New York is via [Beijing] and Delhi. [China’s] constant dream for centuries has been ultimate world conquest! … China knows, however, that in this highly industrialized age she can accomplish this dream only as an ally of Russia. … [Russian leaders] will ultimately control not only the Russian states but China … and India as well!”

Based on Ezekiel 38, Mr. Armstrong and his editorial team knew that Russia, China and India would form an end-time alliance. The names Meshech and Tubal in Ezekiel 38:3-5 are ancient names for the Russian people. Gog and Magog refer to China and other related nations. Persia, Ethiopia and Libya refer to India. (Request a free copy of our booklet Russia and China in Prophecy for abundant proof of these identities.)

Russia, China and India are prophesied to forge a military alliance in the end time, so it makes sense that they would forge an anti-dollar alliance in the years leading up to the Great Tribulation. Roughly 38 percent of the world’s population lives in these nations, constituting a formidable threat to the dollar’s status as the world’s reserve currency. Once Russia, China and India abandon the dollar, it will not have much utility outside the Americas. The U.S. will have to pay high interest rates to borrow money.

Chapters 22 and 23 of Isaiah identify a great mart of nations that economically besieges America in the end time; this mart might be forming right now. A Russia-China-India axis is already forming against the dollar, and other Bible prophecies reveal that a German-led European Union will soon join this axis. When that finally happens, it will be the United States under international sanctions instead of Russia.

Please read “Superpower Under Siege,” by Trumpet editor in chief Gerald Flurry, for more information about these prophecies.