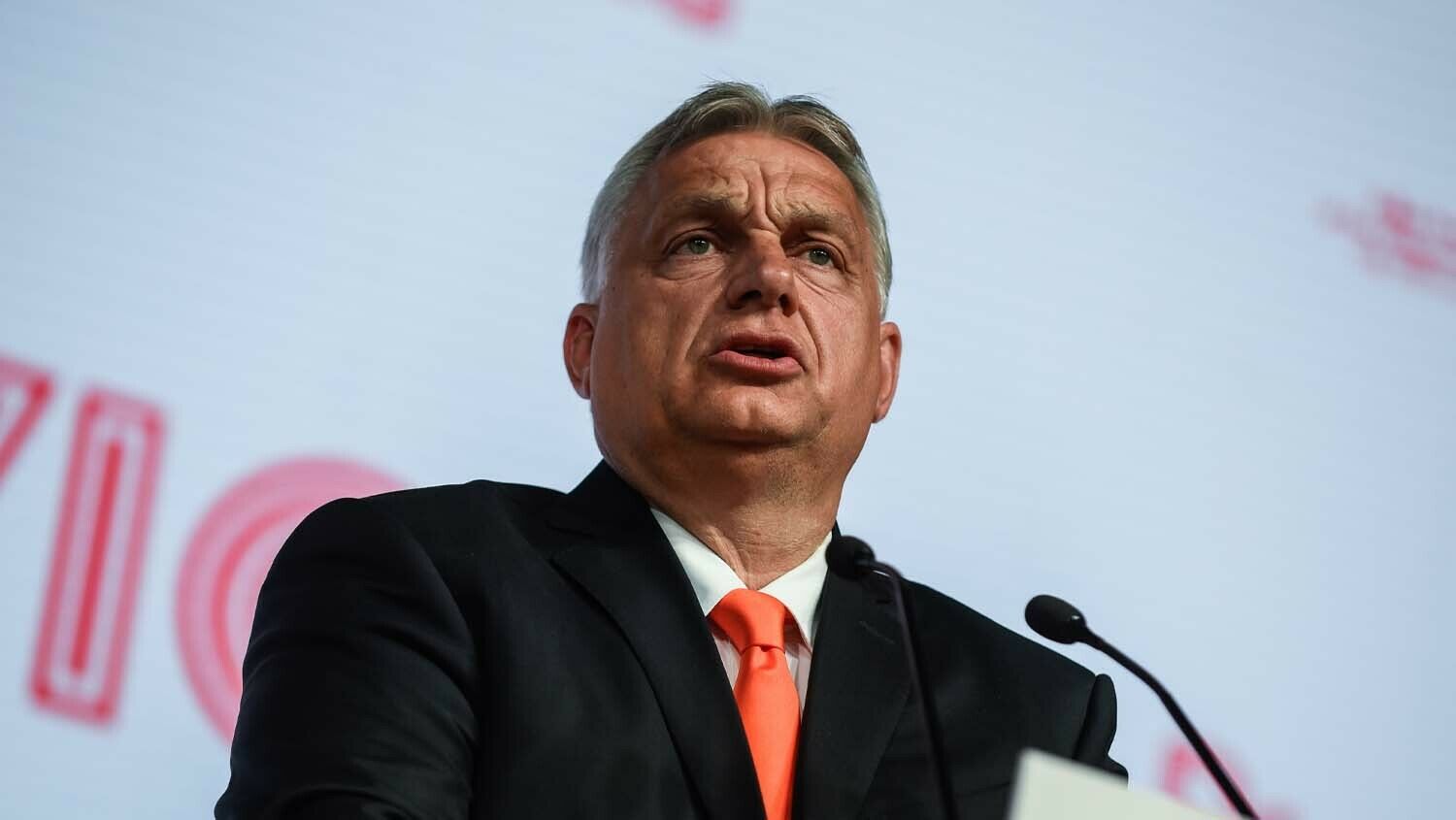 To many in the European Union, Hungarian Prime Minister Viktor Orbán is a pest that won’t go away. Between his attacks on free media, his controversial refugee policies, and his squabbles in the European Parliament, Orbán has a habit of getting on Brussels’s nerves. But he is also an isolated pest. Hungary is a small country with a small population, a small economy and a small military. The amount of influence Orbán has over the rest of Europe is limited.

But last month, the Hungarian strongman gave a few signs that he’s ready for the counterattack. And he’s prepared to punch above his weight.

First, there is his response to the new German government. On December 8, Olaf Scholz replaced Angela Merkel as chancellor of Germany. Two days before that, Orbán published an essay on Hungarian-German relations. Orbán described Merkel and himself as “partners in the fight” to keep Europe afloat through its various crises.

But he called the 2015 Syrian refugee crisis, when Merkel opened the floodgate for Middle Eastern migrants, a “rupture” between Berlin and Budapest. Orbán accused Merkel of unraveling “the fabric of European unity.”

With Scholz replacing Merkel, Orbán ends his essay, writing: “One thing is for sure: The era of ambiguity, stealth politics and drifting has ended with Merkel. The gloves are now off as we enter a new age.”

Scholz is no Merkel. He is still new to the job and doesn’t have nearly the same kind of charisma Merkel had to keep the country together. He’s only in power because of a shaky coalition agreement between two other parties. Scholz will be easier to pick a fight with.

Not too long after, Orbán showed what kind of punches he’s willing to give now that “the gloves are off.”

One of Europe’s latest crises is a flare-up in the Balkans. Since October, Bosnian Serb leader Milorad Dodik has threatened to have Bosnian Serb lands secede from Bosnia and Herzegovina. This would most likely send the region back into a bloody ethnic civil war, like it had in the 1990s. Russian President Vladimir Putin has been prodding Dodik on (though how much he actually supports him is questionable).

Some see Orbán’s support for Dodik as a direct challenge to Germany. Szijjártó gave his ultimatum five days after German Foreign Minister Annalena Baerbock called for sanctions against Dodik. Balkan Insight wrote on December 21: “The move is … seen as a direct challenge to the new German government, which wants to abolish the requirement for unanimity in EU foreign-policy decisions.”

This could be Orbán’s way of saying it is Budapest, not Berlin, that determines how things run in Eastern Europe.

Hungary faces parliamentary elections in the spring. The opposition is so desperate to unseat Orbán that every opposition party, from the greens to the far right, has entered a political alliance to compete against him as a united front. If they lose (Orbán’s Fidesz party is currently leading polls) Orbán’s hold on power will be stronger than ever. And he’ll be in a better position to increase that hold even more.

Sensing weakness in Berlin, Orbán may be positioning himself as the EU’s eastern “Mr. Europe.”

Either way, even amid pressure from Brussels, Viktor Orbán’s Hungary is becoming more and more influential. This is despite Hungary’s small size, population, economy and military.

What will the end result of Orbán’s power plays be?

Six of these resurrections have come and gone, the last of them being Adolf Hitler’s Third Reich. That means there is one more yet to come. This last one will be a union of 10 European countries under 10 strongmen (verse 12). These 10 “kings” are prophesied to be around at Christ’s Second Coming, a yet-future event (verse 14).

We expect Hungary to be one of these 10 countries. And Viktor Orbán increasingly looks like he’ll become Hungary’s “king.” “European Union bureaucrats are struggling to deal with a new type of leader,” we wrote in our January 2018 print issue. “He is strong. He is patriotic. He is decisive. He is everything the European Commission in Brussels is not. European bureaucrats hate him. Yet this type of leader is emerging in country after country. Whether bureaucrats like it or not, these strongmen are Europe’s future.”

To learn more, please read “Introducing Europe’s Eastern Strongmen.” The article is slightly dated (some of the leaders mentioned have since left politics), but it still reflects important current trends. Also please request a free copy of Who or What Is the Prophetic Beast? by Herbert W. Armstrong to learn more about what Revelation 17 prophesies for Europe.