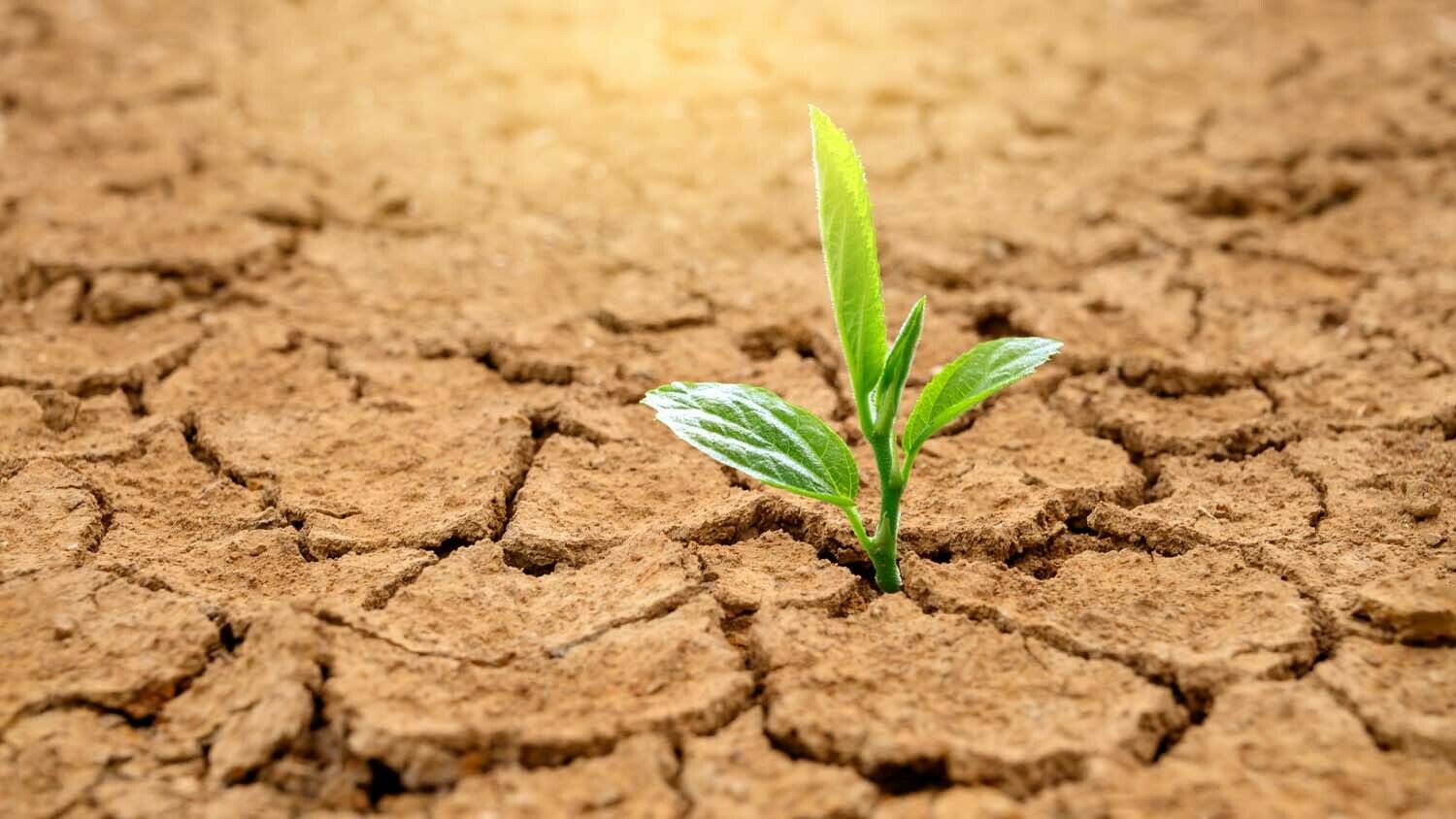 “When we began our documentation … we found a landscape that was virtually denuded of vegetation.” These are the words of ecologist and filmmaker John Liu in his documentary Lessons From the Loess Plateau.

Stretching across 250,000 square miles of North Central China, the Loess Plateau was anciently a lush region of forests and natural grasslands—rife with all kinds of life. Its abundance attracted many people. So many that it became the cradle of Chinese civilization. But as population density increased, the residents cleared more and more land. And as resources grew scarcer, the people aggressively farmed and overgrazed their livestock. Over the course of thousands of years, all of this activity ended up stripping away the vegetation almost entirely and eroding the soil. Eventually, it turned the Loess Plateau into one of the most fundamentally degraded ecosystems on Earth.

Most of the people left the barren plateau. But the degradation their families had caused followed after them. Dust storms from the parched area blew into cities as far away as Beijing and Shanghai. Millions of tons of the plateau’s silt were washed into the Yellow River, causing devastating floods downstream. The several hundred thousand who remained on Loess became trapped in a cycle of poverty and ecological destruction that passed from generation to generation.

It was in 1995 that John Liu and a team Chinese and foreign experts set their sights on this area and found it “virtually denuded of vegetation.” They knew it had once been lush and populated by millions, and they wanted to see what could be done to restore it.

Among their first tasks was convincing locals to stop the free-range livestock grazing that was destroying what little vegetation remained in the area. To accomplish this, they instituted a mass surveying project, clearly dividing the land and making each plot the responsibility of one local family. Everyone knew which family owned which section. And the people had both responsibilities and rights. They were taught that they would be the main beneficiaries of any improvements they made to their area. “What eventually convinced the local people was the assurance that they would have tenure of their land, that they would directly benefit from the effort they invested in the new project,” said Liu.

Once the land was divided, the team began educating the locals about how to restore it. “The goal was to give a hat to the hilltops, give a belt to the hills, as well as shoes at the base,” said Ta Fuyuan, chief engineer of the water protection bureau. The “hat” meant planting trees on top that were not to be cut down. The “belt” would be terraces—level planes cut into the slope of the hills, slowing down the flow of rainwater and letting it soak into the soil. The “shoes” would be dams built in the valleys designed to keep some water in the ecosystems.

The plan to restore the Loess Plateau was immense in scale but relatively low tech. They planted trees on hundreds of square miles of hilltops mostly by hand and with only simple machinery. They dug large terraces in the steep slopes mainly by hand. And they added organic material to the soil in places that were particularly depleted, also by hand.

It was all done without advanced technology, but it was unquestionably one of the most ambitious development projects ever undertaken. And the results were dramatic.

The team and locals succeeded in reshaping hundreds of devastated gullies. They succeeded in cutting countless terraces in the hillsides to provide flat fields productive for crops and grazing in a sustainable way. An area the size of Belgium once again became actively part of a functioning hydrological cycle. Water could be absorbed in plants, causing both evaporation and humidity to increase. The whole system was made to perpetuate itself.

“The roots of the plants and the annual accumulation of decaying organic matter is helping stabilize the soil,” Liu said. “The improved soil structure and vegetation cover helps naturally infiltrate and retain water during rainfall, reducing the threat of flooding, drought and dust storms and beginning to restore a more normal water cycle. … Gradually, fertility that had been leached from the soil is returning. This, in turn, affects the ability of the land to produce crops.”

On the Loess Plateau today, biodiversity is booming, with all kinds of plants and animals flourishing. Thousands of square miles were transformed from a barren desert into an oasis of flora, fauna and fertile farmland. This was one of the largest, if not the largest, re-greening projects in history.

The scale of the project is astounding, and it proved that it is possible to rehabilitate large-scale destroyed ecosystems, including restoring ecosystem function that had been lost over vast areas and over long durations. And the restored area isn’t just an untamed forest or grassland. Some of it is protected in those natural forms. But the majority is used by people—for farming, livestock and other kinds of business and life. But this time around it is done in ways that respect nature and keep the ecological function humming along the way it was designed to.

Others saw what was accomplished on the Loess Plateau and took note.

One of those was Ties van der Hoeven, a Dutch former industrial worker with a background in dredging. In 2016, he was working with the Belgian dredging company deme when the government of Egypt contacted them about restoring Lake Bardawil, a lagoon on the northern Sinai Peninsula that connects Egypt with Israel. The hypersaline lagoon was too hostile for life, and Egypt hoped that restoring it could increase fish stocks.

Van der Hoeven was intrigued by the project. But he wasn’t satisfied with restoring only one lagoon—he had bigger ambitions. Lake Bardawil isn’t the only part of the region that needs restoring. The Sinai Peninsula itself is, for the most part, a barren wasteland. Van der Hoeven had a vision of an environmental project that would re-green the northern Sinai.

What do you mean, “re-green”? Wasn’t the Sinai always a barren desert? Historically, it was considerably less barren. Records from the 1,500-year-old Greek Orthodox Saint Catherine’s Monastery reveal harvests of wood in the region. Even cave paintings from the Sinai depict significant vegetation.

Van der Hoeven suspects that the desertification of the Sinai was the result of human activity. When men deforest a land, the soil holds less water than before. This not only stops water from sticking around, but it creates runoff, meaning that the water takes the nutrients and other vital components from the soil with it wherever it ends up.

One of the Weather Makers’ first challenges was to figure out how to get a lot of pure water into the desert for a sustainable period of time. For this, they turned to John Todd, an American marine biologist who invented an “eco machine,” a network of large barrels connected with piping and stored in a greenhouse. Each barrel is populated by a “mini ecosystem.” Some of these are mainly algae. Others are mostly bacteria. Others contain larger organisms such as plants, insects and even fish. They’re basically ponds in a barrel.

Water is transported from barrel to barrel, and as it transverses the barrels, the various organisms purify it. Barrel by barrel, the water becomes cleaner.

In cooperation with Todd, the Weather Makers developed the EcoOasis, an upgraded eco machine that can convert sea water from the surrounding coastline into clean fresh water, which is packed with nutrients that can bring life to soil.

Here is what Maddie Akkermans told the Trumpet about the EcoOasis:

[T]he magical key point is that, within the sediments in the lake, there’s still bacteria in there. Those bacteria are at this moment asleep. Many people think they’re inactive. But actually you can activate those, and the EcoOasis will assist us doing that. So it is making nutrients plentiful again, within the sediments that are there. So the water is, of course, very important as well and a key element. But I think the magical part is the reactivation of all the bacterial microbes within the sediments to rejuvenate the whole system.

With hundreds of EcoOases positioned in the area, constantly giving fresh water to the parched soil, plants eventually begin to grow. Within a few years, these little mini-habitats become self-sustaining. So the EcoOases can be moved to another location in the desert. The Weather Makers plan on using these EcoOases over and again until, hopefully, most of the northern Sinai Peninsula is greened, teeming with life.

And if all goes according to plan, the Weather Makers’ vision would extend beyond the Sinai.

“The vision is a little bit big, because we believe that the Sinai itself, when you re-green it, it will bring back rain toward the whole of North Africa, and the southern parts of Europe and the Middle East,” said Akkermans. “So if you have rain, you have water. So that gives a lot of opportunity.”

‘The Desert Shall Rejoice’

This topic of re-greening the deserts is an exciting one—partly because there are so many degraded places to rehabilitate. Almost one third of the world’s landmass is desert. And the amount of desert on Earth is growing every day by about 40 square miles. Some happens naturally and some from human activity like slash-and-burn agriculture and overgrazing.

But the Bible tells us that a time is on the horizon when these areas will be healed.

Isaiah 35:1-2 say: “The wilderness and the solitary place shall be glad for them; and the desert shall rejoice, and blossom as the rose. It shall blossom abundantly, and rejoice even with joy and singing ….” Verse 6 reads: “[F]or in the wilderness shall waters break out, and streams in the desert.” Isaiah 41:19 states: “I will put in the wilderness the cedar, the acacia, the myrtle, and the olive; I will set in the desert the cypress, the plane and the pine together” (Revised Standard Version).

The deserts will blossom like lush gardens. We will have functional ecosystems on a planetary scale! And we now know from experience that this kind of re-greening, even on a global scale, can happen quickly.

We have a free booklet we would like to offer you: The Wonderful World Tomorrow—What It Will Be Like, by Herbert W. Armstrong. It contains a hope-filled message that goes far beyond just the Loess Plateau or Sinai Peninsula. It goes into detail of the coming time when deserts—and the Earth as a whole—will rejoice with singing, and blossom as the rose. In these times of world turmoil and insecurity, we need a vision of hope. The Wonderful World Tomorrow has that vision of hope—for deserts and for the whole world. Order your free copy today!