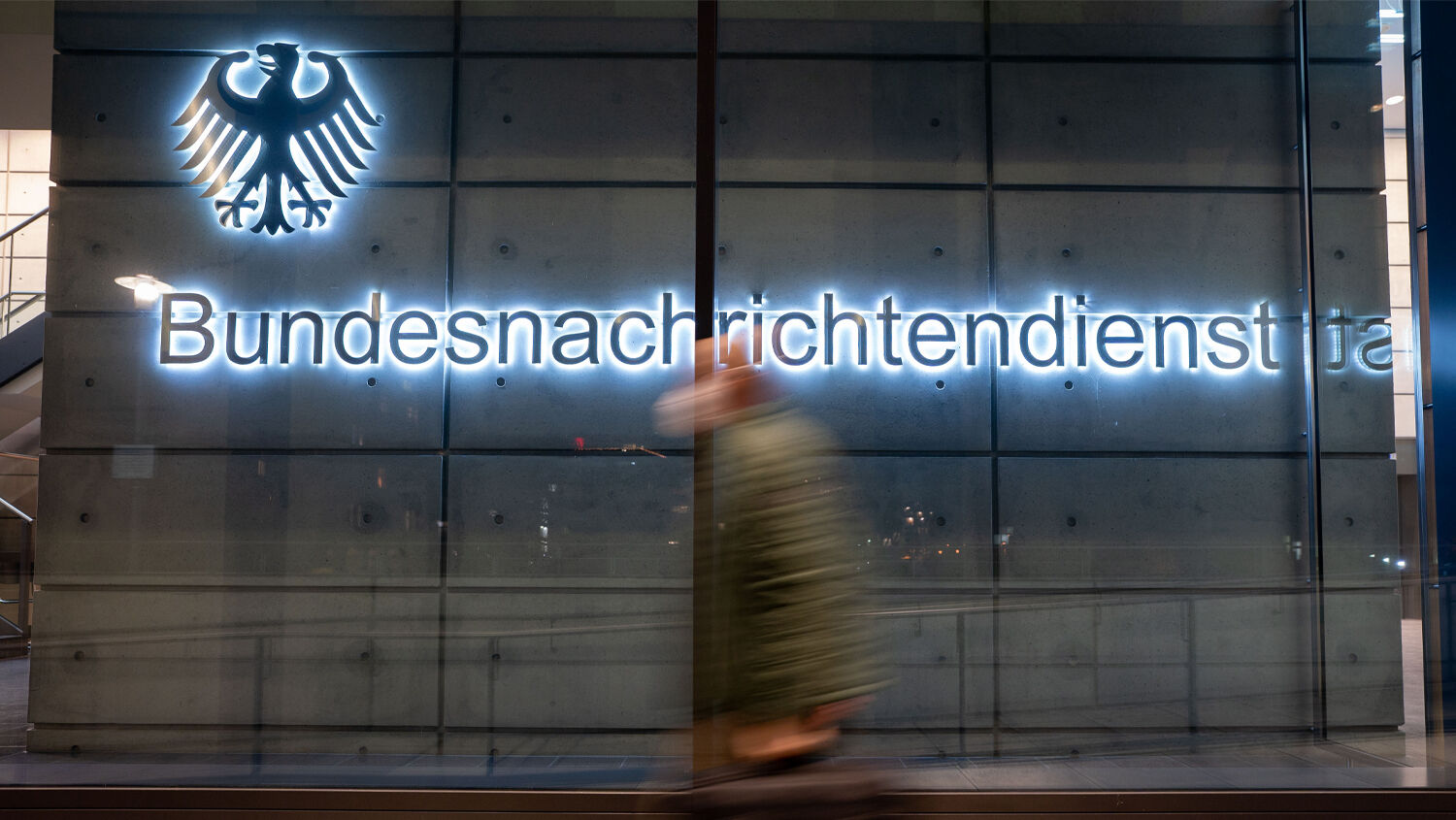 An employee leaves the headquarters of the Federal Intelligence Service in Berlin.
Kay Nietfeld/picture alliance via Getty Images

Is Germany trustworthy enough to be included in America’s deepest intelligence alliance?

The alliance was set up in 1946 between the U.S. and UK, formalizing the intelligence they developed together during World War ii. A few years later, Canada, Australia and New Zealand were admitted.

Five Eyes is considered one of America’s most close-knit alliances. Privacy International wrote that “each of the Five Eyes states conducts interception, collection, acquisition, analysis and decryption activities, sharing all intelligence information obtained with the others by default.”

The general public’s knowledge of Five Eyes’ activity is piecemeal at best. The UK Defense Journal wrote that “the real knowledge of how the Five Eyes works is still clouded by the security measures that involve almost everything related to the Five Eyes.” Privacy International stated that Five Eyes is “shrouded in secrecy.”

Five Eyes already cooperates with outside countries. “Nine Eyes” is Five Eyes’ agreement with Denmark, France, the Netherlands and Norway. “Fourteen Eyes” includes Germany, Belgium, Italy, Spain and Sweden. But none of these associate agreements are as intertwined as the original Five Eyes.

What would it mean for countries like South Korea, Japan, India and Germany to enter the alliance?

It’s obvious why America would want three Asian partners included in Five Eyes. South Korea, Japan and India are all competitors with China. Relations between the U.S. and China have been extremely frosty for years. Japan and South Korea are also American partners in countering volatile North Korea. This would be America’s way of declaring “the enemy of my enemy is my friend.” How reliable those countries would be is questionable, however.

But including Germany into the alliance would bring a whole set of other questions.

At first, such an arrangement looks reasonable enough. Germany is an important North Atlantic Treaty Organization ally. The U.S. stations tens of thousands of soldiers there. Germany even hosts American nuclear missiles.

But a closer inspection shows Germany isn’t as reliable as the surface suggests.

Take, for example, Germany’s relationship with Russia. The main enemy nato was designed to protect Europe against was and is Russia. Yet Germany has been getting uncomfortably close with Russia of late.

Germany pressured the U.S. to drop opposition to the Nord Stream 2 natural gas pipeline, which connects Russia directly with Germany. It makes Germany the energy hub of Western Europe. It allows Russia to sell gas to Western Europe while bypassing existing pipelines in Ukraine and Poland. Before, Russia couldn’t escalate a conflict there without hurting its economy. Nord Stream 2 changes that. The chairman of the board of Nord Stream AG, the pipeline’s consortium, is former German Chancellor Gerhard Schröder.

Nord Stream 2 isn’t the only place where Russia and Germany are colluding. An anonymous Ukrainian government source told EU Observer that Russian President Vladimir Putin and German Chancellor Angela Merkel came to an agreement about Ukraine: Germany wouldn’t cause a fuss over Russia’s territorial claims in Ukraine, and Russia would not allow Afghan refugees fleeing the Taliban to use Russia as a way into Europe.

Merkel will soon be replaced as chancellor. As one of her final acts as chancellor, she traveled to Moscow on August 20 to meet with Putin. Putin hosted her in one of the most lavish rooms in the Grand Palace of the Kremlin. She was the first foreign leader to be hosted in that room, just outside the throne room. As we wrote on August 30: “In the venue choice alone, Putin was sending a message, or maybe an invitation: Germany and Russia can have a special relationship.”

It’s no secret Russia is one of America’s biggest geopolitical adversaries. The cyberattack on Colonial Pipeline earlier this year by Russian hackers demonstrates this.

Imagine if a country willfully doing dealings with an anti-American superpower had access to all the information gathered by the Central Intelligence Agency and the Pentagon. Imagine if such a country could learn about all the inner workings of America’s intelligence agencies like few others could.

Doesn’t that sound like a conflict of interest? These are subtle signs that Germany wouldn’t be the most trustworthy partner to admit into Five Eyes.

But there is other, more important evidence that America’s embrace of Germany will take a turn for the worse. That evidence comes from the Holy Bible.

Herbert W. Armstrong, editor in chief of our predecessor magazine the Plain Truth, proved in his book The United States and Britain in Prophecy (request your free copy) that the American (and British) people are descended from the ancient Israelites. In his book, Mr. Armstrong also proved that the identity of the German people traces to ancient Assyria, Israel’s historical enemy.

God established Israel as His nation, a nation to look to Him for deliverance (see Leviticus 26:6-8). But Israel looked to foreign alliances for protection. Ezekiel 23 warns where this will lead: “And Aholah [a poetic name for Israel] played the harlot when she was mine; and she doted on her lovers, on the Assyrians her neighbours, Which were clothed with blue, captains and rulers, all of them desirable young men, horsemen riding upon horses. Thus she committed her whoredoms with them, with all them that were the chosen men of Assyria, and with all on whom she doted …. Wherefore I have delivered her into the hand of her lovers, into the hand of the Assyrians, upon whom she doted. These discovered her nakedness: they took her sons and her daughters, and slew her with the sword: and she became famous among women; for they had executed judgment upon her” (verses 5-7, 9-10).

America used to have more faith in God to fight its battles. On June 6, 1944, President Franklin Roosevelt prayed for the success of D-Day over the radio. He asked that God would “lead [America’s soldiers] straight and true; give strength to their arms, stoutness to their hearts, steadfastness in their faith. They will need thy blessings.”

Today, we don’t see such leadership in the White House or in Congress. Instead, we see America increasingly relying on foreign partners, like Germany.

The Bible prophesies that “Aholah” will fall to her “lovers” once more. Speaking of modern-day Israel, God states: “She weepeth sore in the night, and her tears are on her cheeks: among all her lovers she hath none to comfort her: all her friends have dealt treacherously with her, they are become her enemies” (Lamentations 1:2).