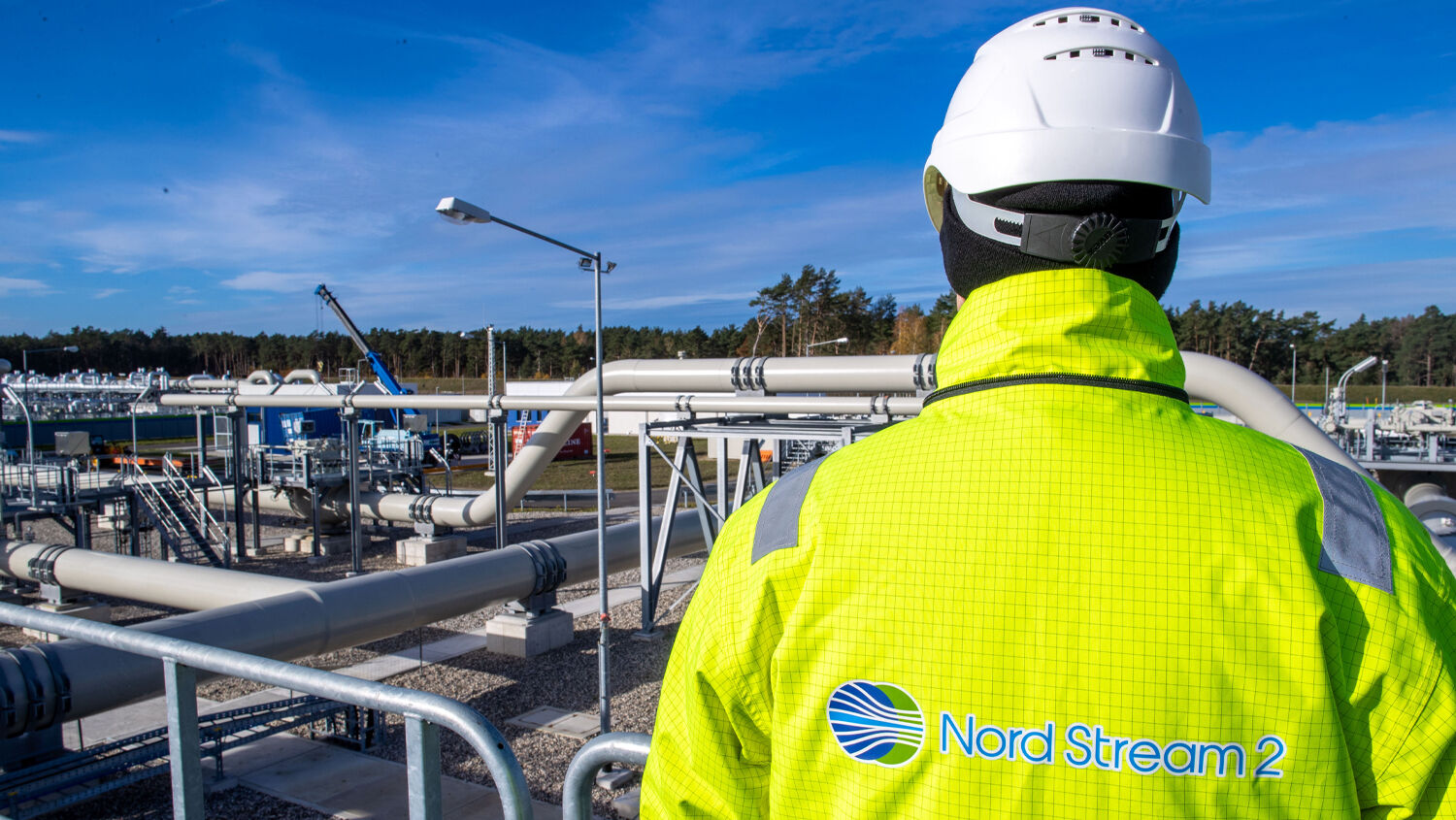 What Berlin wants, Berlin gets.

The United States and Germany have come to an agreement on the Nord Stream 2 pipeline, the U.S. State Department announced on July 21. Washington historically has tried to halt the project through sanctions. But in May, U.S. President Joe Biden waived the sanctions his predecessor, Donald Trump, established. The following month, the first line of the pipeline became complete and ready to pump gas.

The pipeline transports natural gas from Russia directly to Germany through the Baltic Sea. It’s so controversial because of its implications for East European security.

Most Russian fossil fuel pipelines travel through East European countries like Ukraine and Poland to reach Western Europe—countries the Russian military is on the doorstep of. Fossil fuels are Russia’s largest exports by far, so any invasion or other military advance would risk crippling the Russian economy. Moscow has to pay billions of dollars of transit fees to these countries. But the Western markets are too lucrative for Russia to ignore.

So the pipelines are Eastern Europe’s lifelines.

Nord Stream 2 will cut these lifelines. It allows Russia to export directly to Western Europe, bypassing Poland and Ukraine.

Officially, the U.S. remains opposed to the project. “We view [the pipeline] as a Kremlin geopolitical project that is intended to expand Russia’s influence over Europe’s energy resources and to circumvent Ukraine,” said State Department Spokesman Ned Price on July 20. “We have made no bones about the fact that it is a bad deal for Germany, it is a bad deal for Ukraine and for Europe more broadly.”

Yet Washington is willing to let this “bad deal” go forward.

The U.S. asked for a “kill-switch clause,” where Germany would suspend gas imports if Russia became too belligerent toward its neighbors. Berlin refused. Instead, it gave vague goals of making sure Russia doesn’t use energy as a weapon. The means to achieve these goals was not disclosed.

The Germans’ excuse for not including a “kill-switch clause” is that Nord Stream 2 is privately owned. That level of state interference in a private project could bring legal problems. Nord Stream 2 is owned by the Russian energy giant Gazprom. Gazprom’s majority owner is the Russian government. The chairman of the board of Nord Stream AG, the pipeline’s consortium, is former German Chancellor Gerhard Schröder. Its ceo is Mattias Warnig, an ex-agent for the East German secret police, the Stasi.

The U.S. State Department said that the agreement would “ensure that Russia cannot weaponize energy flows.” In the words of Ambrose Evans-Pritchard, writing for the Telegraph, “Nobody believes a word of it.”

Ukraine receives about $3 billion worth of transit fees from the Russian pipelines. Now that Nord Stream 2 is almost complete, President Vladimir Putin has said Ukraine must now show “good will” if it wants the pipelines to keep flowing. As “compensation,” Germany will give Ukraine at least $175 million to invest in green energy and $70 million to “promote Ukraine’s energy security.”

Nord Stream 2 exposes Ukraine to a Russian invasion, but at least it will be safe from climate change.

Russia, meanwhile, is pressuring Europe to green-light Nord Stream 2. Europe’s interlinked energy system is running low on gas. A colder-than-normal spring combined with higher-than-normal prices means Europe doesn’t have enough reserves to last through next winter. Putin capitalized on this moment of weakness by sending Europe the bare minimum of gas it was obligated to. “In short, it has cut off the supplementary flows necessary for seasonal rebuilding,” wrote Evans-Pritchard.

This is basically Moscow bullying the rest of Europe to drop opposition to Nord Stream 2. Once the pipeline is complete, Moscow will have even more leverage against Europe. It’s a lose-lose scenario.

The Ukrainian and Polish governments are livid about the U.S.-German agreement. Their foreign ministers released a joint statement condemning it. “This decision has created political, military and energy threat for Ukraine and Central Europe,” they wrote, “while increasing Russia’s potential to destabilize the security situation in Europe, perpetuating divisions among nato and European Union member states.” They said Nord Stream 2 creates a European “credibility crisis.”

This brings to mind another agreement concerning Eastern Europe signed between Germany and the leader of the free world. This one was signed in Munich in 1938 between Adolf Hitler and Neville Chamberlain. Britain agreed for Germany to annex some of Czechoslovakia, without allowing Czechoslovakians any say in the matter.

This time, instead of buying Eastern Europe for themselves, Germany is selling the region to a foreign dictator. And America, the supposed leader of the free world, is letting Germany do it.

One big question remains unanswered. Nord Stream 2 is a lucrative business deal for Germany. But Ukrainian security is European security. If Russia escalates its involvement in Ukraine—even if it conquers the whole country—it won’t be satisfied. Putin would be hungry for more, and conquering Ukraine would bring his troops closer to Germany. Considering the Soviets were in East Germany for decades, Berlin should be aware of this more than anyone.

So why is Germany pushing for Nord Stream 2’s completion despite opposition from America, Poland and other EU member states?

Because, contrary to what Ned Price says, this is a very good deal for Germany.

Nord Stream 2 will make Germany the energy hub of Western Europe. It makes Western Europe dependent on Germany just as Eastern Europe is dependent on Russia for its energy needs. And with the growing threat of Russian invasion, countries like Poland may look to Germany for protection.

But there is an even bigger reason.

“Nord Stream 2 binds Russia and Germany together in a way that undermines nato,” wrote Trumpet editor in chief Gerald Flurry in his 2018 article “Germany and Russia’s Secret War Against America.” “In fact, though Russia and Germany will not say so, this pipeline project is clearly intended to wreck nato.”

Why would these nations want to do that? Well, it is easy to see why Russia would. Russian President Vladimir Putin views nato as a force that restricts Russia’s rise and slows down his quest to rebuild the old Soviet Empire. He has made no secret of his loathing for this U.S.-led organization. So his reason for wanting to unravel it is plain.

What is not as obvious is the fact that Germany also wants to eliminate nato.