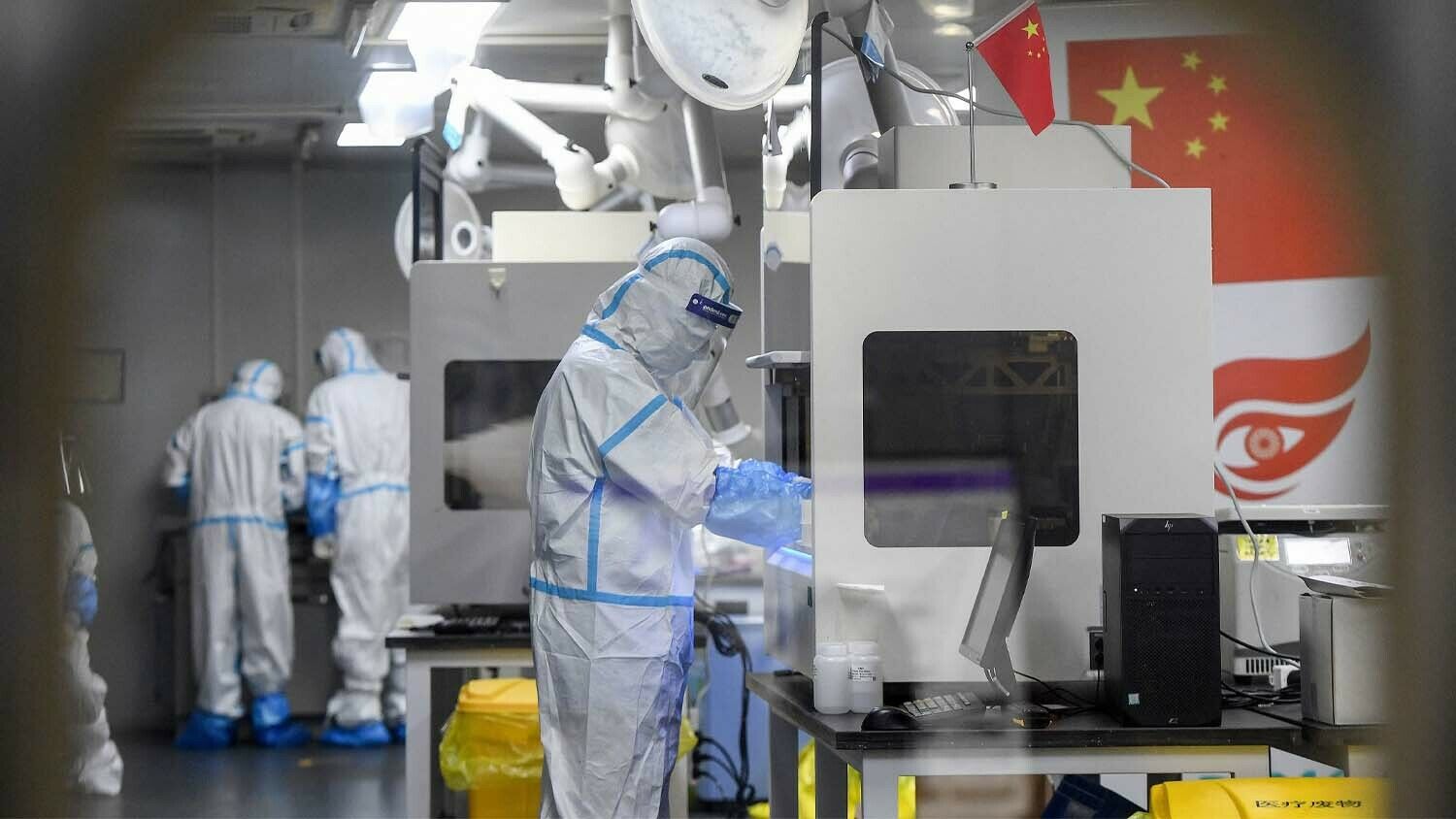 The ‘deep state’ is real. Its ineptitude is not.

The first human infection with covid-19 was “most likely the result of a laboratory associated incident.” So says an August 27 report from the Office of the Director of National Intelligence.

When the pandemic began, the origins of the disease were shrouded in mystery. Most pointed to a Wuhan wet market as the place where an animal virus made the jump and first infected a human.

But over the last several months, there has been an avalanche of evidence that the pandemic was created in a test tube. Now, even the left-leaning federal intelligence agencies are changing their tune. According to the report, four agencies and the National Intelligence Council assert “low confidence” that the coronavirus originated from animals. Other agencies did not make an assessment either way.

The report was full of hedging and noncommittal language. But this is probably as close as these experts will ever get to admitting that President Donald Trump was right all along: covid-19 came from a lab.

What has been the media reaction? Here is a typical characterization of the lab-leak explanation, published by the Associated Press in December:

Social media users and fringe websites weaved together a conspiracy theory that the virus was leaked—either accidentally or intentionally—from a lab in Wuhan, China, before the World Health Organization declared covid-19 a pandemic in March. The falsehood was espoused by elected officials, including Trump.

The origins of the virus are far less scandalous: It likely originated in nature. Bats are thought to be the original or intermediary hosts for several viruses that have triggered recent epidemics, including covid-19.

Eight months of evidence later, the Associated Press still has not even flagged its covid-origins story as untrue. Neither have other mainstream news companies.

The media spent more than a year barraging the public with condemnations of the Wuhan lab leak “conspiracy theory,” defaming, deriding and censoring the explanation that now even many liberals admit is almost certainly true. Amazon has censored several dozen authors who challenged ideological orthodoxies about covid-19, even as Adolf Hitler’s Mein Kampf remains on the shelves. YouTube has censored more than 200,000 videos from its site. Facebook has flagged and censored thousands of articles and blocked anti-covid response groups.

Imagine if the media had allowed free discussion of both covid-19 origin theories. Imagine if social media didn’t censor or ban dissenting opinions. Imagine if the government had searched into both theories in a sincere quest for the truth about a serious virus. Unfortunately, all you can do is imagine.

“That’s the danger of trying to ban the discussion of some hypotheses,” popular computer scientist Paul Graham wrote. “What if the hypothesis you ban turns out to be the correct one?”

The new intelligence report exposes a clear, anti-truth bias in the media.

Not only is this Communist-style suppression of dissenting voices baseless and illegal, but it also raises important questions: Is this just bad journalism? Are all these educated experts wrong, in a coordinated way, only by coincidence? Is ineptitude the real villain?

Or is there another reason? The Trumpet has been explaining the real reason for months, and more and more evidence is accumulating that proves this explanation true.

We know that technology and mainstream media executives have been trying to cover up their role in the outbreak of the pandemic. We know that the government has been using the pandemic to accumulate power and control over American citizens. And we now know that the pandemic’s origins trace all the way back to collaboration between Communist Chinese scientists and Dr. Anthony Fauci.

All the evidence points to the very real, very forceful existence of a “deep state.” Trumpet executive editor Stephen Flurry described this over the summer:

In November 2016, the federal government establishment was absolutely rocked by the unexpected election of Donald J. Trump as the 45th president of the United States. The line of succession from radical liberal Barack Obama to radical liberal Hillary Clinton was obliterated.

Behind the scenes, Obama’s team had been working furiously. We don’t know everything that they were doing, but we know they were using false, illegal means to launch and prolong an investigation into a false charge of Russian election meddling; they were entrapping incoming National Security Advisor Michael Flynn; they were weaponizing a filthy, sensational, bogus dossier paid for by the Clinton campaign; they were expanding the surveillance powers of spy agencies; and they were boosting dangerous bio-weapons research.

Four days after that [Jan. 5, 2017, Obama White House] meeting, Obama reauthorized funding for the creation of sars coronavirus biological weapons. The authorization stated that researchers who followed the federal guidelines “will satisfy the requirements for lifting the current moratorium on certain life sciences research that could enhance a pathogen’s virulence and/or transmissibility to produce a potential pandemic pathogen.” …

The day after the Obama reauthorization, a man involved in funding potential pandemic pathogens, Anthony Fauci, gave a speech at Georgetown University. The topic was pandemic preparedness. “We will definitely get surprised in the next few years,” he said. “What about the things we are not even thinking about? No matter what, history has told us definitively that [outbreaks] will happen, because [facing] infectious diseases is a perpetual challenge. It is not going to go away. The thing we’re extraordinarily confident about is that we’re going to see this in the next few years.”

Meanwhile, U.S. government scientists like Fauci continued collaborating with Chinese Communist scientists to engineer potential pandemic pathogens. And we have strong evidence that, at some point, they succeeded: a new (novel) coronavirus gained function. …

The timing, the details and the flip-flopping could get a little confusing until you look for what the motivation is, what the agenda is, and who benefits. In all of this, Barack Obama, Anthony Fauci, the deep state in the U.S. and the Communist party in China are distancing themselves from the coronavirus pandemic and justifying their draconian, unconstitutional, tyrannical lockdowns in the United States and around the world. That’s the motivation. Their self-interest and radical agendas will continue to motivate them in the months ahead as more condemning truths emerge.

The media’s reluctance to report the origins of covid-19 is part of this agenda. To understand the motivation behind so much of these otherwise inexplicable actions coming from politicians, scientists and the media, read Mr. Flurry’s article “The Obama Virus.”