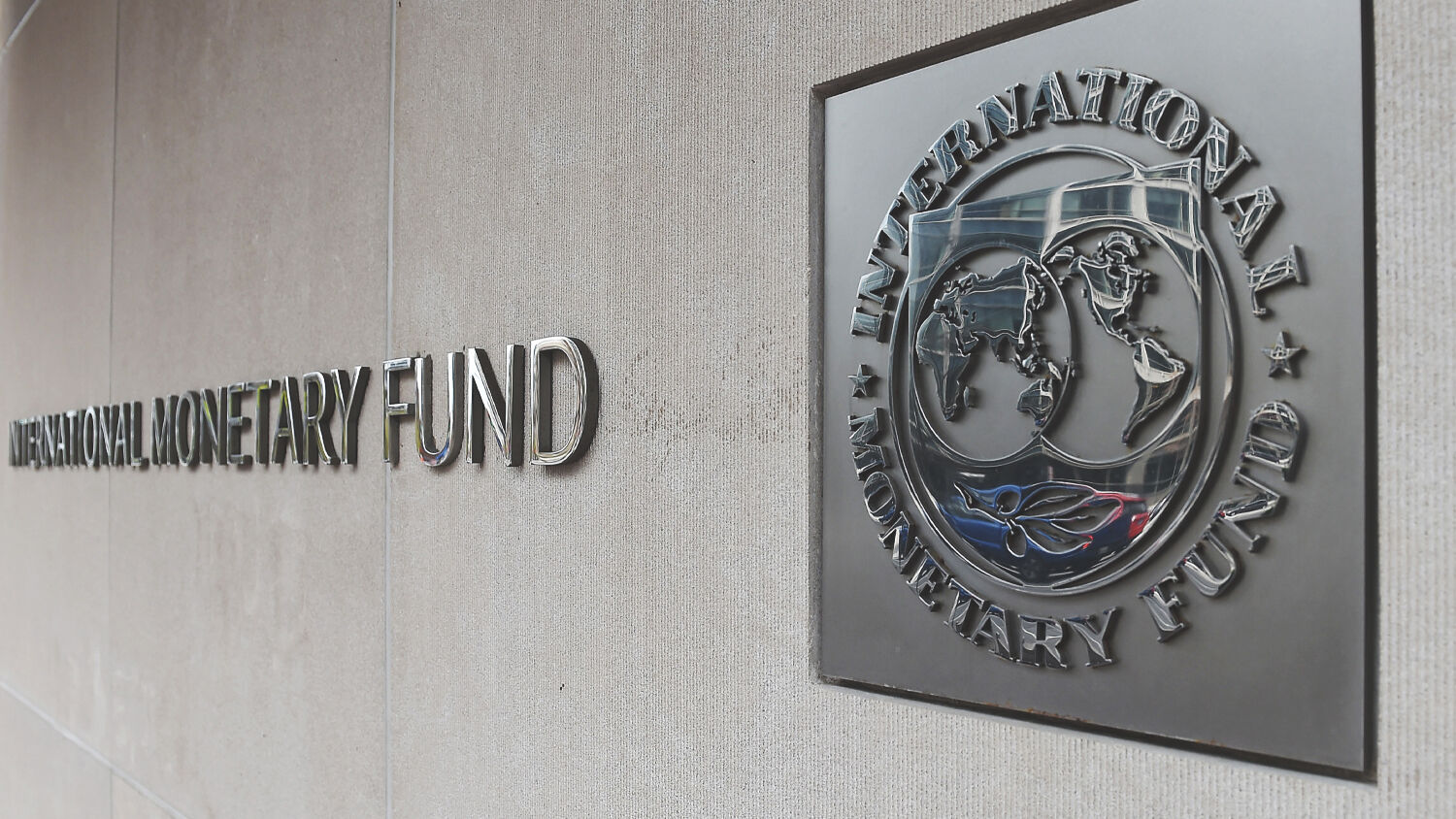 An exterior view of the building of the International Monetary Fund (IMF) in Washington, DC.
OLIVIER DOULIERY/AFP/Getty Images

sdr allocations don’t help the poor, the U.S. is generally opposed to it, and China and Europe are pushing for it. What is it about?

The International Monetary Fund (imf) has approved a “historic” allocation of $650 billion in special drawing rights (sdr), the imf announced on August 2. Since their creation 50 years ago, sdrs have only been allocated four times; the most, $250 billion, was allocated in 2009.

Governments often hold on to assets that they can convert to cash. Gold and foreign currencies are held as reserves. sdrs are a reserve created by the imf, with a value linked to a group of major currencies. They can be traded between countries to generate cash, but if countries sell theirs, they have to pay interest. The recent allocation of sdrs will become effective on August 23 and marks a dangerous trend.

imf Managing Director Kristalina Georgieva said that the sdr allocation “will particularly help our most vulnerable countries struggling to cope with the impact of the covid-19 crisis.” In theory, it will help them gain access to cash at a lower rate of interest. But they could also hurt the U.S.

Republican Sen. John Kennedy warned against allocating sdrs in a heated debate with Treasury Secretary Janet Yellen in April. Yellen explained why she supports the issuing of sdrs, but Kennedy confronted her, saying that the allocation would direct money from U.S. taxpayers to nations like China, Russia and Venezuela—America’s adversaries. The imf seems to believe that only the nations that need the reserves would make use of them

“You say you want to help poor countries,” Kennedy said, “but you and I both know that only about 10 percent of that is going to go to poor countries.”

Revealingly, Yellen had no response but to say she’d “be happy to talk about it offline.”

Special drawing rights are funded based on existing reserve contributions; the largest portion comes from the U.S. Treasury. “The Chinese Communist Party (ccp) would receive a significant share of the benefit,” a corresponding press release to Rubio’s statement reads, “both directly given its control of the People’s Republic of China, an imf member state, and indirectly as other debt-trapped countries would likely use the funds to repay predatory loans they owe to China’s genocidal regime. Countries like Iran and Russia, as well as the illegitimate Maduro narco-regime in Venezuela, stand to benefit as well.”

Last year, the Trump administration was pressured to approve the allocation of sdrs but vehemently opposed it. On April 20, 2020, U.S. Treasury Secretary Steven Mnuchin warned that 70 percent of the funds created through an sdr allocation would go to G-20 countries and only 3 percent would go to low-income countries.

Reuters noted at the time: “The move was first floated by imf Managing Director Kristalina Georgieva last month and is supported by many finance ministers, prominent economists and nonprofit groups. But Washington, the imf’s dominant shareholder, is blocking an allocation because it would give new avenues of funding for Iran and China.”

China’s Foreign Ministry was upset and told Reuters: “International financial institutions are important platforms for international cooperation, not political tools for a minority of countries to manipulate.”

Granting China its wish, Yellen reversed the ruling from the Trump administration and received support from the G-7 nations: Canada, France, Germany, Italy, Japan, the United Kingdom and the U.S.

Europe and China are delighted. German Finance Minister Olaf Scholz said it was “unprecedented in history” and “emerging and developing countries will be given a new boost in combating the economic consequences of the coronavirus pandemic.” But will it really help poorer countries?

After the recent allocation was approved, Reuters published some facts:

Since sdrs are allocated pro rata in relation to a country’s imf “quota,” the distribution is heavily skewed toward the bigger and richer countries that arguably have the least need for it. The United States, European Union and United Kingdom alone would receive nearly half of the new liquidity.

Analysts estimated that a $650 billion increase will deliver roughly $21 billion in added reserves to low-income countries. It could be much higher if the richer countries, which will receive around $400 billion from the allocation, lend on or donate some of their new sdrs.

The imf’s website states: “About $275 billion (about sdr 193 billion) of the new allocation will go to emerging markets and developing countries, including low-income countries.” This is a nice way to hide how much the low-income countries are actually getting: roughly 3 percent.

The imf is fully aware that the system isn’t really working. Georgieva said: “We will also continue to engage actively with our membership to identify viable options for voluntary channeling of sdrs from wealthier to poorer and more vulnerable member countries to support their pandemic recovery and achieve resilient and sustainable growth.”

But what difference does it make for the U.S., for example, to voluntarily channel sdrs to poorer countries than to lend out dollars directly? For China, Iran, Venezuela and the EU, things are a bit different: They could claim dollars themselves or indeed give sdrs to a low-income country of their choice and that country could then get U.S. dollars. The latter way would be more subtle and ensure that future sdrs are issued.

But what is the real purpose of sdrs?

The U.S. limits how much sdrs can be issued. The recent allocation neared that maximum. Reuters noted:

Economists at Morgan Stanley say there is a practical reason for the size. The imf does not have any specific limits on sdr allocations, but U.S. law limits the size of an sdr allocation that the Treasury Secretary can accept and vote for without preapproval by Congress.

It cannot be more than the size of the U.S. quota in the imf. This effectively limits the size of any single sdr allocation to about $680 billion.

The fact that there is a limit shows that large sums are deemed a significant danger to the dollar. Jim Rickards, American economist and author, explained the trouble with sdrs in 2014, writing:

Sovereign banks bailed out the private sector, but now who’s going to bail out the sovereign banks because they are all—all the major ones anyway—are insolvent now on a mark-to-market basis. Well, who’s bigger than a sovereign? The answer is the imf.

This is not well-known, but they have a printing press also. They can print special drawing rights …. Just to be clear: You and I are not going to have sdrs in our pockets. We’re still going to have U.S. dollars. It’s just that the dollar will cease to function as the global reserve currency. It will be a local currency … but it won’t be used for the big things [like] the price of oil, settlement and balance of payments between countries, rescue packages, and probably the financial statements of the hundred largest corporations, [which] in the not too distant future they’ll actually publish their financial results in sdrs, not in dollars.

If issuing sdrs were to become routine, enough sdrs would be in the system that it could, in some aspects, replace the dollar. The sdrs would be backed by the respective reserve currencies, of which the dollar would be one. Two countries could settle a trade agreement with sdrs, and then exchange it for another currency.

The idea that the U.S. dollar could lose its global status as a reserve currency is not far-fetched. The U.S. National Intelligence Council wrote in “Global Trends 2025: A Transformed World”: “Despite recent inflows into dollar assets and the appreciation of the dollar, the dollar could lose its status as an unparalleled global reserve currency by 2025 and become a first among equals in a market basket of currencies.”

The Chinese renminbi was added to the imf’s sdr basket in 2016. In 2019, former imf Managing Director Christine Lagarde proposed the idea of launching a digital version of the sdr. China and the EU are also actively working on a digital currency.

We could be seeing the beginning of a new financial system, and it would be in line with Bible prophecy. Whether sdrs will play a role in the fulfillment of this prophecy or not, the Bible tells you the world is about to change.

As Trumpet editor in chief Gerald Flurry explains in Isaiah’s End-Time Vision, the book of Isaiah was written for our day. Chapter 23 gives us a glimpse into a global trading system soon to be set up. This prophecy, as Mr. Flurry explains, predicts an end-time alliance between Europe and Asia that excludes the U.S. Logically, this would mean these nations found a way to trade without using the dollar. This “mart of nations” includes Chittim (China), Tarshish (Japan) and Tyre (German-led Europe). Together, Asia and Europe have the potential to dominate world trade. In “America Is Being Besieged Economically,” Mr. Flurry explained that this trade alliance would also include Latin America.

America and Britain are descendants of ancient Israel. (Herbert W. Armstrong explained this in The United States and Britain in Prophecy.) God promised incredible blessings for these nations because of Abraham’s obedience. But God also warned that curses would result from disobedience to His law (Deuteronomy 28).

The world is preparing to get rid of the dollar as the reserve currency. No matter the medium, the hostilities toward the U.S. are clearly evident. The Bible reveals that America’s adversaries will bring its doom. This is the only way that will bring America and the whole world to repentance. The coming punishment and the hope of a better world to come are explained in Isaiah’s End-Time Vision. You can order your free copy here.